Clients often want to discuss the correlation between returns on midstream energy infrastructure and crude oil prices. Prior to 2014, investors learned that pipelines were like toll roads, more concerned with the volumes passing through than its value.

Regular readers know the story, which is recounted in the links above. 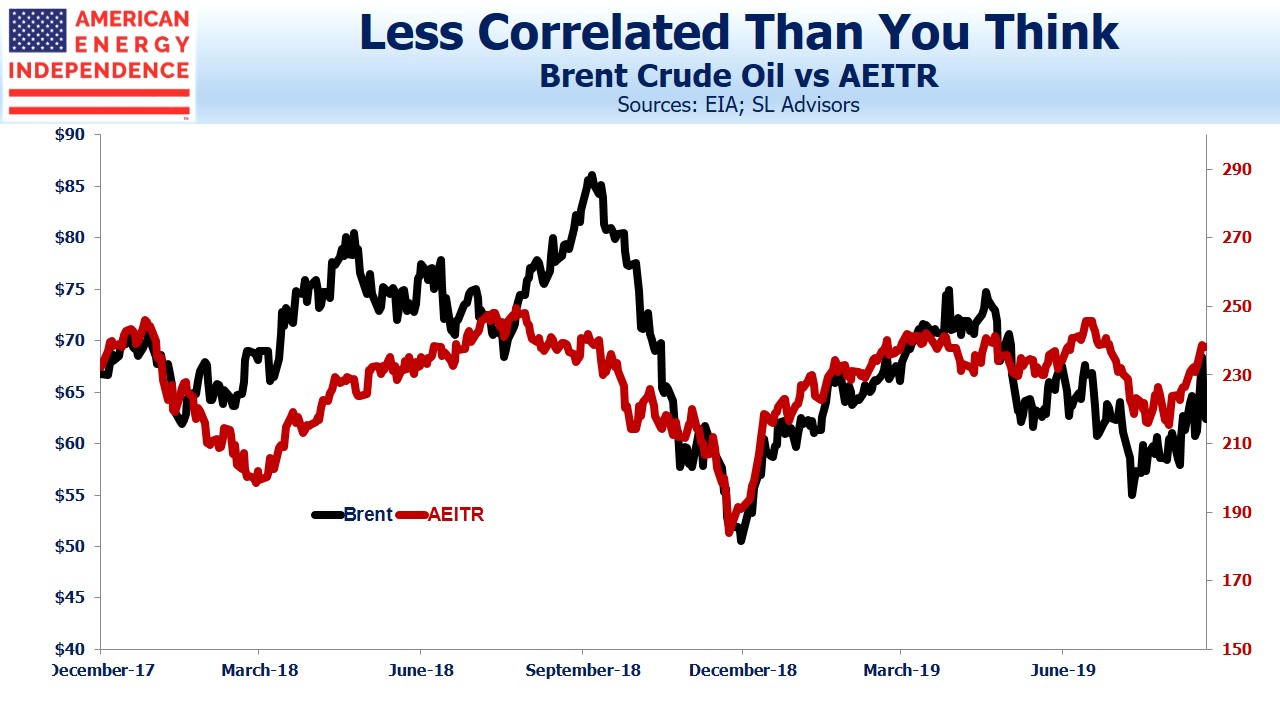 Many would regard the chart below as confirming the high correlation between midstream and crude that they know to be the case. In fact, the correlation since the beginning of last year is 0.21, positive but not that meaningful. The nature of the calculation is that brief periods of sharp opposite moves have an outsized effect on the resulting number, compared with what a casual glance at a chart might imply.

The latter half of 2018 was probably one of the most frustrating periods for investors in recent years. Crude oil rallied strongly during the summer, while midstream stocks slumped. In the fall, crude fell sharply as the stocks continued falling. Statistically, the summer’s negative correlation followed by a positive one in the fall resulted no correlation for the entire period. But investors, reasonably enough, recall the period with more feeling than the statistics might suggest.

The answer is that midstream energy infrastructure tends to move with the overall energy sector – not surprising, since the E&P names are its customers. The S&P Energy ETF (XLE) moves with crude, which drives sentiment. Natural gas and associated liquids are more important than oil to pipelines but daily gyrations have little effect.

Questions on how the sector will hold up if interest rates rise are less common. Perhaps investors have tired of worrying about rising rates. Or maybe the sector volatility in recent years has pushed away many income-seeking investors. 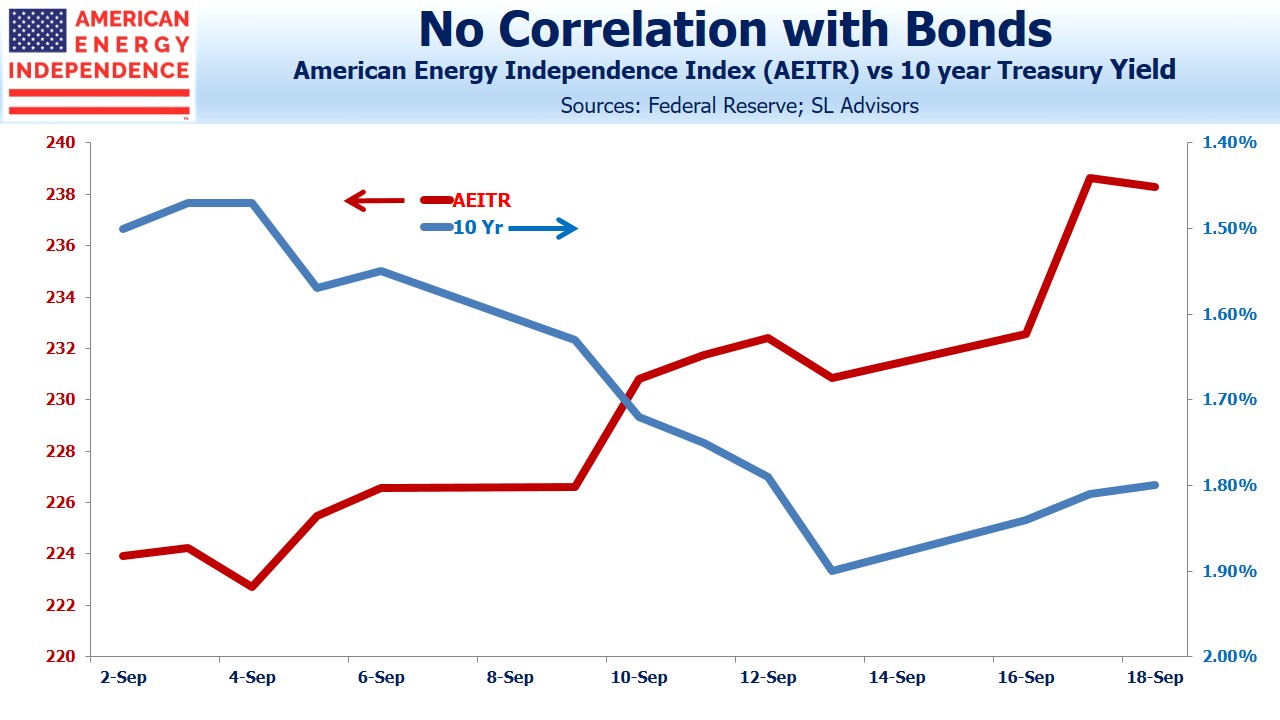 The recent stumble in sectors that had long outperformed (see Momentum Crash Supports Pipeline Sector) coincided with a jump in bond yields. In the first two weeks of September, yields jumped 0.4%. But midstream stocks rallied, since fund flows were dominated by a shift to value and comparative yield spreads mattered little.

We think the attack on Saudi Arabia’s oil infrastructure (see Saturday`s Attack Is A Game Changer) favors U.S. exporters of oil and gas by highlighting the risk of supply disruption out of the Persian Gulf. But putting geopolitics aside, WeWork’s aborted IPO set the negative tone for momentum stocks. Perhaps the correlation that matters is the negative one between unicorns and tangible energy infrastructure.