Bethany McLean didn’t intend her latest book, Saudi America: The Truth About Fracking and How It’s Changing the World, to be a booster of the Shale Revolution. The New York Times got it all wrong when they titled her promotional op-ed, The Next Financial Crisis Lurks Underground. Before reading her book, I therefore assumed that in forecasting a collapse in the U.S. energy sector, the very recent one in 2014-16 had simply passed her by (see New York Times Forecasts the 2014-16 Energy Sector Collapse). But McLean accurately chronicles how OPEC nations failed to bankrupt the nascent U.S. shale industry with low oil prices, thereby demonstrating its resilience. She notes the importance of privately-owned mineral rights, an almost-uniquely American concept that facilitated onshore oil and gas exploration long before shale. Those who don’t fear a crash are well represented. The IEA’s chief economist, Fatih Birol, says, “There is a silent revolution taking place in the United States, so silent that nobody’s aware of it.” 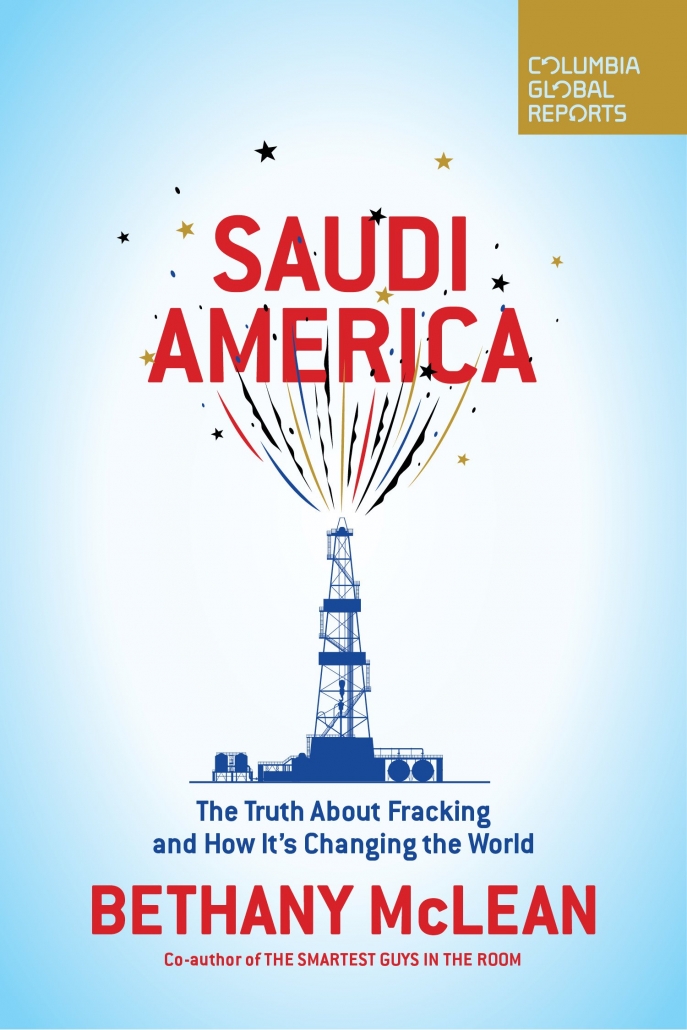 In fact, McLean’s warnings of collapse are based on such weak arguments and are so half-hearted that she’s grudgingly conceding the secular change in world energy markets that’s occurring. A private equity investor (“titan”) suggests “…the Federal Reserve is entirely responsible for the fracking boom.” Really? Did the Fed buy energy sector bonds? Are low interest rates failing to benefit any other sector? In 2016, non-investment grade bond yields for some energy names reached 25%. Although there were bankruptcies, the industry survived as assets moved from weak hands to strong. She also finds some bearish hedge fund managers who have lost money shorting shale drillers. If these are the best arguments for another crash in the U.S. energy sector, investors have little to fear. In fact, the weakness of McLean’s arguments against Shale offered a more convincing defense of its longevity than many authors who set out to do just that.

As is often the case, the characters are most interesting. Although McLean relies heavily on past writings on Chesapeake founder Aubrey McLendon, it’s still absorbing to reread about his enormous risk appetite. McLendon’s fiery death while driving alone two years ago looked like suicide, given his mounting financial and legal problems, but it was ruled an accident. The industry lost a colorful believer whose single-minded approach was financially unsuccessful. By contrast, the methodical, analytical approach of companies like EOG demonstrates that the resurgence of hydrocarbon production in the U.S. is not driven by leveraged operators that are permanently bullish.

Shale firms have long been criticized for outspending their cashflow. The industry’s continued access to capital demonstrates that many expect this to reverse. The world’s biggest oil companies, like Exxon Mobil, are now investing in shale, bringing financial discipline and less reliance on capital markets financing, exactly what McLean believes is needed.

You have to work pretty hard to find a downside to American Energy Independence. It’s a bit like complaining about an outsized capital gains tax bill. Shale is pretty obviously an enormous U.S. benefit; less clearly good for others. Nonetheless, McLean tries to get us worried: if we buy less oil from unstable parts of the world, we’re less likely to care about their security. That’s not obviously bad for our young men and women in the military.

McLean fears that the Trump Administration’s desire to drill for oil in the Arctic National Wildlife Refuge (ANWR), “…will crater prices, thereby making the economics of drilling even less attractive than they already are.” Little thought went into that sentence – there are reasons to leave ANWR alone, but crashing the oil market is not one of them. This is where the real McLean emerges – as an environmentalist opposed to fossil fuels, trying to marshal non-environmental arguments against.

Having made a convincing if unintended case that financial challenges will not derail America’s energy renaissance, McLean then warns that renewables will soon bring its demise. But even here, she makes a strong argument for natural gas as a complement to intermittent solar and wind. She quotes Michael Cembalest, JPMorgan’s thoughtful chief strategist, who wrote that, “An electricity grid with less coal, less nuclear, and more renewable energy would be highly dependent on abundant, low-cost natural gas.” We completely agree.

The short-cycle nature of shale production is its enormous strength, something McLean overlooks. Predicting long term demand for crude oil is never easy, but the development of electric cars makes it exceptionally risky to invest in projects with a 20 year payback, which is what conventional oil projects look like. Shale production relies on drilling hundreds of wells that cost under $10MM each. Output declines sharply from a high rate, but capital invested is repaid quickly, often within two years. Output can be hedged in the futures market. If prices drop, drillers stop completing new wells. This quick payback offers a substantially better risk profile, something the industry recognizes. It’s why capital continues to flow in that direction (see Why Electric Cars Help the Shale Revolution).

Saudi America is a quick read – at only 138 pages, I finished it in around four hours. You won’t gain many insights, but as a chronicle of why the Shale Revolution will continue to transform energy markets, it’s worth a quiet afternoon.

America’s Plastics Revolution Can Anyone Catch America in Plastics?
Scroll to top