As our response to Coronavirus shifts from purely medical to political, markets have seen a glimmer of light. So far, decisions have been made, whether right or wrong, based on advice from epidemiologists. But as the economic cost has exploded, it’s provoked the obvious question: if the most vulnerable cohorts are identifiable, and the vast majority unlikely to require hospitalization, does everyone need to be at home?

Comparing fatalities with lost jobs seems crass; but something this big is a political issue that considers the overall impact to the country. A study from Oxford University suggested that up to half the UK population may already be infected. This would imply a very low fatality rate and very limited hospitalization, a huge positive if it turns out to be accurate.

When Thomas Friedman of the New York Times and Donald Trump agree that we need some certainty about when restrictions on life will be lifted, you know where the debate is headed. Coronavirus remains most importantly an issue of science, and we won’t offer any amateur views. But decisions are likely to reflect not only medical input from here. Barring a sudden deterioration, we expect governors such as New York’s Andrew Cuomo to soon define a timeframe that will see many people return to work. 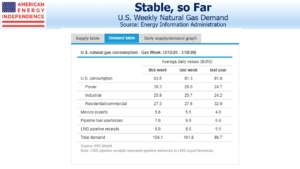 Pipeline investors care about volumes. Weekly data from the Energy Information Administration shows little impact so far on natural gas demand. Residential/Commercial is down – mild winter weather has probably depressed Residential, and Commercial may also be lower. But overall the figures look stable. 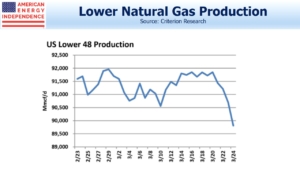 EIA supply figures look similarly stable, although the chart from Criterion Research is a few days more current and shows a sharp drop. Ultimately though, if demand stays flat supply will recover. 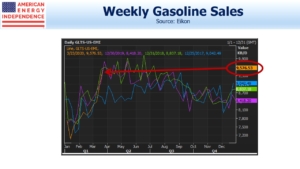 Gasoline demand hadn’t yet dropped, based on this chart through Monday. Drivers filling their tanks in case of distribution problems probably helped, but demand is obviously going to fall with most of us at home. 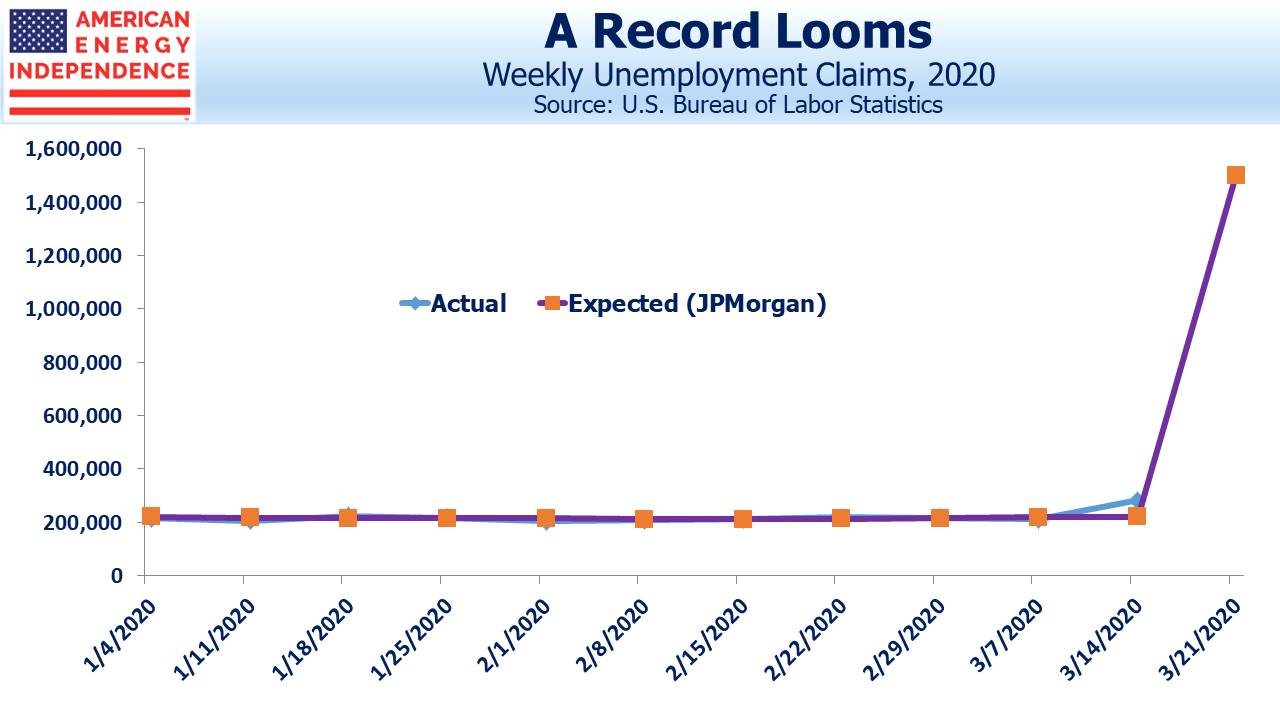 Unemployment claims on Thursday will be important. JPMorgan is forecasting a 6X jump from last week, to 1.5 million. The highest forecast is for 4 million. For reference, on October 2, 1982 the figure was 695,000. In the depths of the financial crisis on March 28, 2009, we hit 665,000. So we’re likely to see the biggest figure in history.