We thought it would be interesting to learn how the Shale Revolution has changed some of the midstream infrastructure businesses that support it. What have these companies learned, and how are their operations affected?

For the first in an occasional series on this topic, we chatted with Adrianne Griffin, Director, Investor Relations with Enlink Midstream (ENLK). Four years ago, ENLK was created when Devon Energy (DVN) combined its midstream infrastructure assets with those of Crosstex. Because DVN controls ENLK through its ownership of the General Partner (GP) Enlink Midstream, LLC (ENLC), the two businesses remain tightly linked. DVN can claim to own some of the original assets that led to the Shale Revolution; George Mitchell was an early pioneer of horizontal fracturing (“fracking”), and in 2001 DVN acquired its eponymous company which had unlocked natural gas reserves in the Barnett Shale, in north Texas. Without the Shale Revolution, it’s unlikely ENLK would have been created. 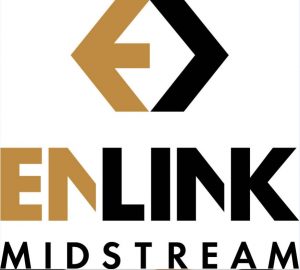 Like all energy infrastructure businesses, ENLK’s relies heavily on the activities of its oil and gas producing companies. Anticipating shifts in production is crucial to ensuring that pipeline and other capacity is available as needed. As the Shale Revolution has gained importance, companies like ENLK aim to align their capacity with customer demand. An under-utilized pipeline represents an inefficient use of assets, but no producer wants to find that output can’t be cheaply processed and transported. The alternatives are to move product by train or truck, both of which are more flexible but substantially more expensive and less safe.

Although the improvements in technology have largely been at the producer level, the resulting increased production certainly impacts the need for infrastructure. Ms Griffin discussed how multi-well pad drilling had dramatically boosted efficiency, since today it’s not uncommon to see a row of four pads with four rigs drill two dozen individual wells. She contrasted this with past practice of drillers poring over maps and selecting single well locations with a marked dot. Today, it’s increasingly common to see software engineers remotely guiding multiple drilling rigs from a central control station (see Drillers turn to big data in the hunt for more, cheaper oil).

Although the Barnett Shale was where the Shale Revolution began,  it was long eclipsed by prolific gas output from the Marcellus in the northeast and oil production in the Permian Basin in west Texas. Oklahoma’s “Scoop and Stack” is another high-producing region, and ENLK is well positioned to benefit from increasing production there. Techniques originally developed in Mitchell Energy’s original acreage have been successfully transferred from north Texas to Oklahoma. Although ENLK is slowly diversifying its customer basis, it’s no surprise that DVN is 50% of their business in that region.

Pressure is the name of the game. Ms. Griffin explained why “Keep the pressure low” is a constant refrain. If the pressure at which existing oil and gas are moved through the pipeline network is too high, it makes it harder for new production to enter the system. A key element of managing flow is to find the right balance between optimal management of the pipeline network that still accommodates additional supply coming on. Shale wells are characterized by high initial production rates that decline quickly. When you combine this with multi-well pad drilling, it can lead to producers quickly adding new supply that soon tapers off. In order to manage overall pipeline pressure, drillers often leave some wells as Drilled Uncompleted (“DUCs”), or choke back initial output, in order to deliver less variable flow to their midstream infrastructure provider. Drillers and their infrastructure providers are in constant contact.

On the processing side, ENLK have been investing in new, cryogenic processing plants, because the gas stream they’re asked to process is a lot “richer”. This means it contains Natural Gas Liquids such as ethane and propane, which must first be removed and sold separately before the methane can be supplied to customers as natural gas.

In an interesting twist, DVN recently announced plans to divest its acreage in the Barnett to focus on Oklahoma and West Texas.   However, technology has improved tremendously since George Mitchell’s day, and it’s allowing the re-exploitation (‘re-frack”) of wells that were previously regarded as having little remaining commercial value for new potential owners.

Since ENLK is an MLP with a GP, no discussion would be complete without asking about the financing model. Over the past couple of years most large MLPs have combined their GP and MLP. Euphemistically called “simplification”, it’s generally resulted in lower distributions and unwelcome tax consequences for investors. Although management teams typically blame the difficulty of raising equity capital with the GP/MLP structure, the problems are invariably self-inflicted as overly ambitious growth plans stretch distribution coverage and leverage covenants. NuStar’s recent combination with its GP, NuStar GP Holdings, is an example.

While ENLK has certainly benefited from a strong corporate sponsor in DVN, they’ve also maintained leverage at 3.5-4X Debt:EBITDA, and have managed their growth so as to retain an investment grade debt rating. More than three years since the peak in the energy infrastructure sector, it’s a prudent approach that is paying off.

We are invested in ENLC