Over 60% of U.S. liquid hydrocarbon production comes via hydraulic fracturing (“fracking”).  This includes 7.75 million Barrels per Day (MMB/D) of crude oil (total 12.4 MMB/D), and three  MMB/D of Natural Gas Liquids (NGLs, including propane and butane) out of five in total. In addition, shale natural gas production  is 68.5 Billion Cubic Feet per Day (BCF/D) from fracking, three quarters of our 91 BCF/D total.

Presidential primaries invite bold promises, and Elizabeth Warren does not disappoint with her pledge to ban all fracking in the U.S., on her first day in office no doubt.

If Warren does become president, such an executive order would reflect democracy in action. So her position is either (1) disingenuous, since such an economically ruinous move is implausible, or (2) reckless, because of the economic consequences.

Presidents are not Emperors. The 2005 Energy Policy Act among others restricts presidents from choosing industries by executive action. Legislation would be required by Congress, although presidential persistence can overcome constitutional checks and balances. The wall being built on our southern border without explicit Congressional funding is an example. Improbable campaign promises can become policy. 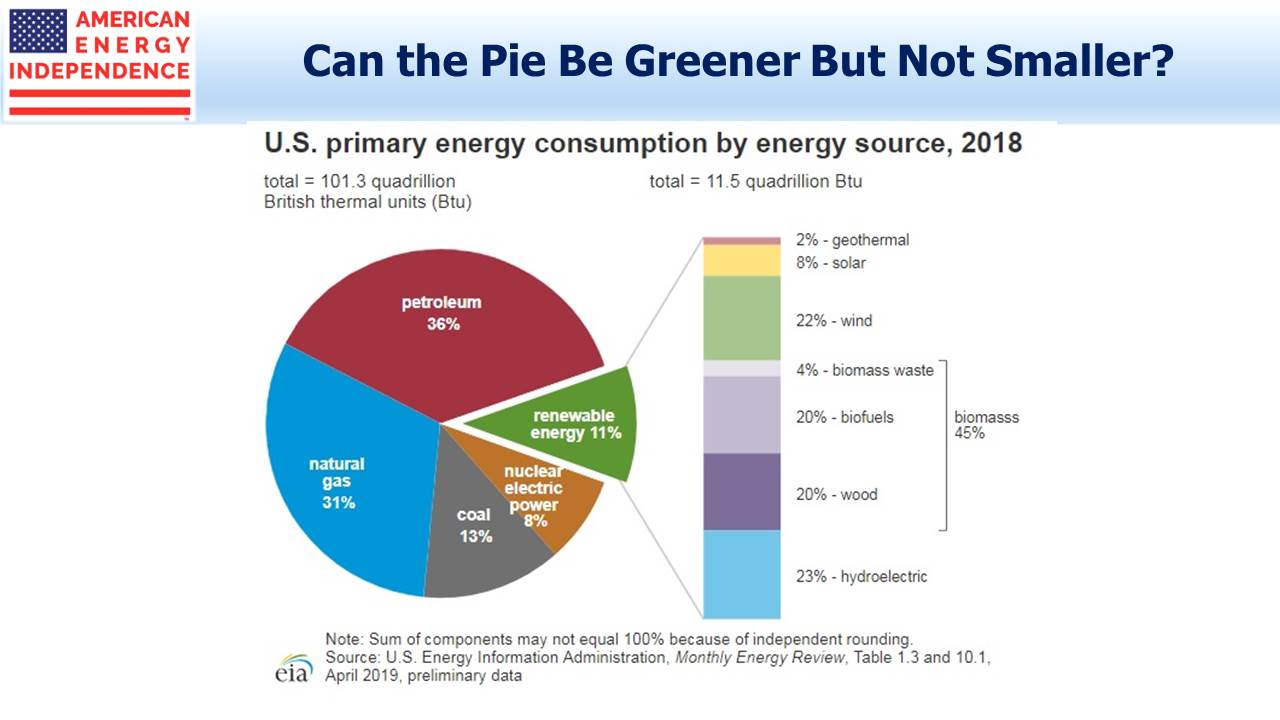 Oil markets would adjust to the loss of 10% of global supply, even though excess supply is estimated at only a fifth of this. Warren’s presidency  would open with sharply higher gasoline prices for all Americans, with an outsized impact on lower-income voters many of whom vote Democrat. During the 2008 financial crisis, crude consumption fell by 1.5% and oil fell from $144 to $34 within five months. From 2014-16 crude oil collapsed from $100 per barrel to under $30, and the supply excess was estimated at around 1.5-2%.  Given a sudden supply shortage five times as big, a tank of gas might cost as much as a lightly used iphone.

Natural gas is the biggest source of electricity generation. Heating and a/c bills would soar. Acting like a regressive tax hike, a fracking ban would slow growth and drive unemployment higher. The US$ would weaken, further exacerbating the increase in our trade deficit from importing more crude oil. It would represent a substantial transfer of American wealth to OPEC and Russia. 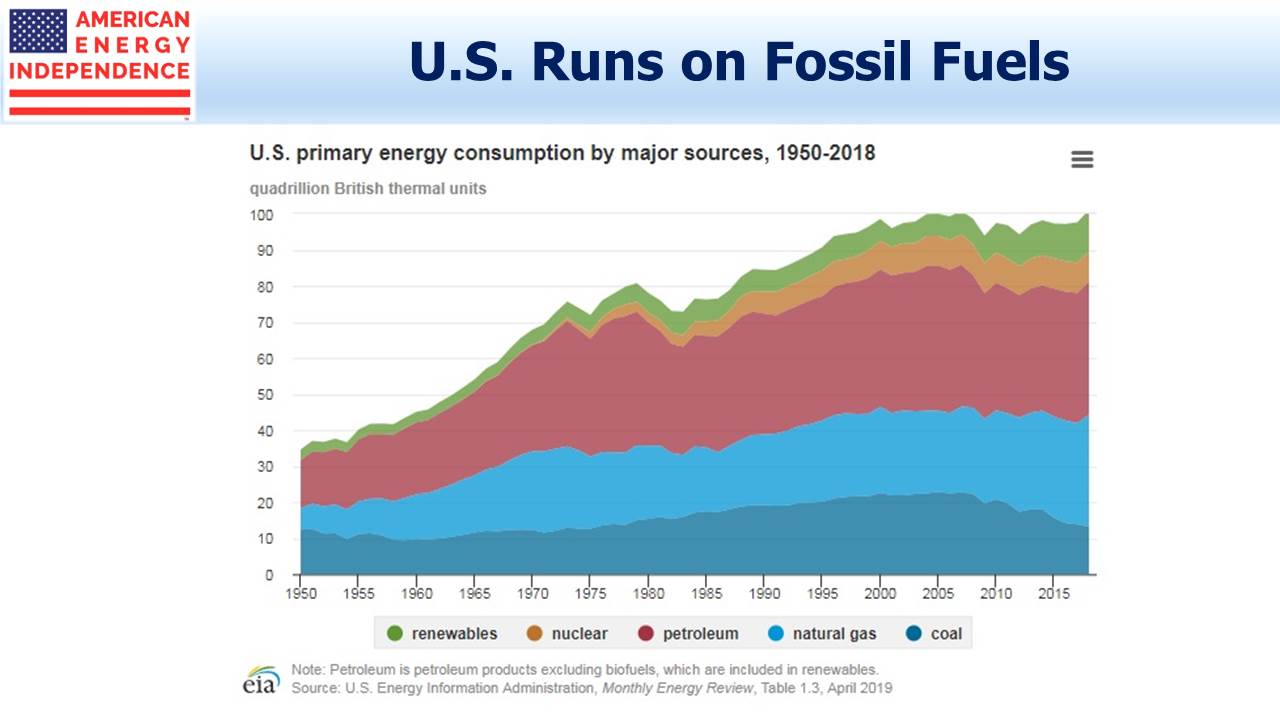 Many positions taken during primaries are later ditched during the national election. Warren’s sound-bite policy is less extreme than Bernie Sanders, who believes, “Fossil fuel executives should be criminally prosecuted for the destruction they have knowingly caused.” Although this falls short of the “lock ‘em up” characterization of his position, it still represents a chill for those legally supplying what the market wants. Why aren’t energy consumers as culpable as suppliers?

Deep disappointment seems inevitable – most likely for environmental extremists when such promises turn out to be unattainable, but possibly for the rest of us if a new administration seriously pursues them. 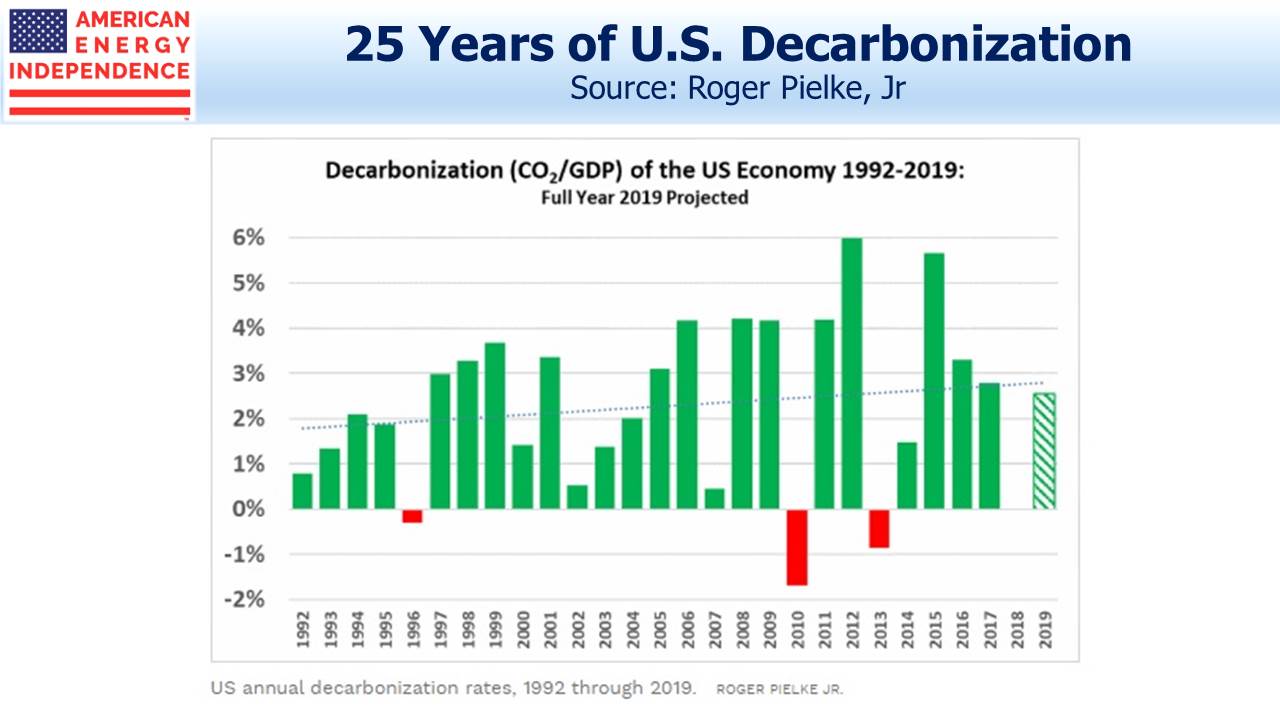 The U.S. economy is decarbonizing, at around 2.3% p.a. over the past 25 years. This means the ratio of CO2 produced to GDP has been falling at this rate. The figures for other developed countries generally fall between 2% and 3% p.a. The global decarbonization rate since 2000 is 1.6% p.a.

PwC estimates that achieving an 80% reduction in CO2 emissions by 2050 (consistent with goal of limiting global warming to 2 degrees Celsius above pre-industrial levels) would require a global decarbonization rate of 6.4%, four times the current rate.

Estimates of Warren’s plan suggest a 9.9% rate of annual improvement, while Bernie Sanders’ requires 15.2%. Sharply curtailed supply of traditional energy is a cornerstone for all Democrat candidates. 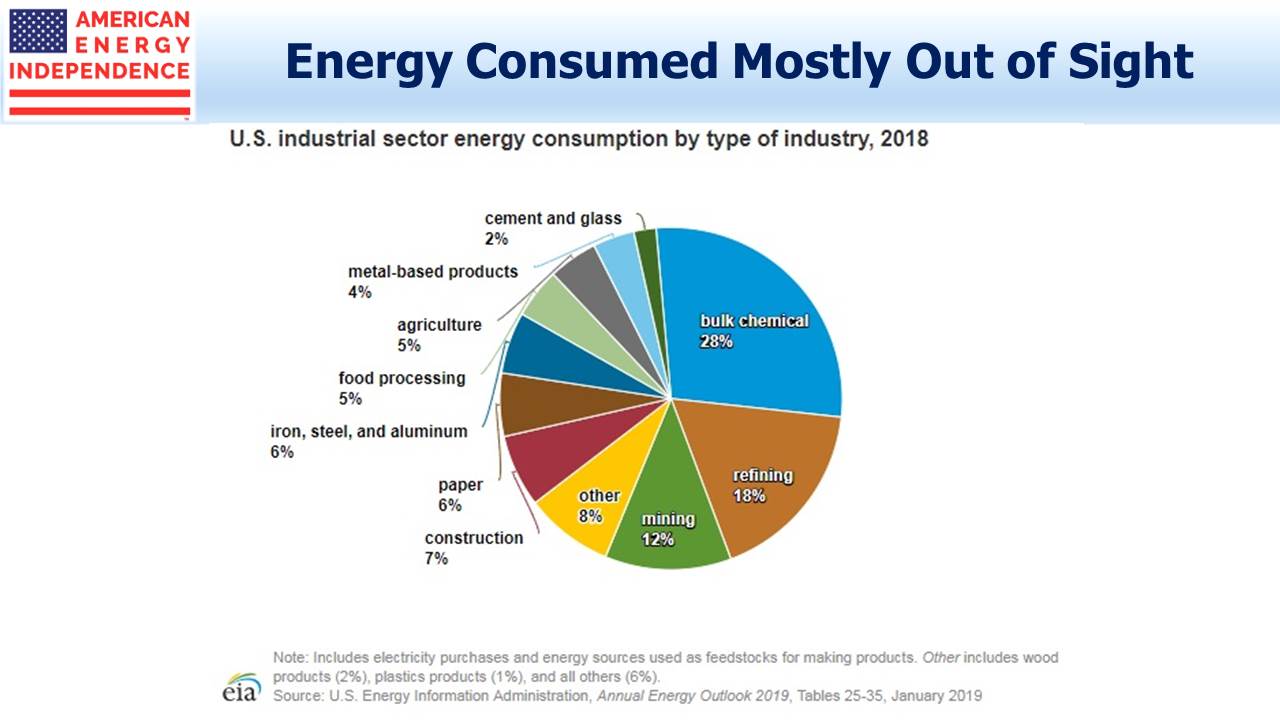 Although climate change extremists focus on transportation, in 2018 in the U.S. this was 28.3 quadrillion BTUs of energy consumption, 28% of the total. Industry used around 26% of our energy, for the production of chemicals, plastics, refining, construction, steel, fertilizer, cement and glass. Much industrial use of energy requires high heat or the chemical composition of fossil fuels, qualities not available with renewables.

The curtailment of steel production has led to one estimate that Sanders’ proposal would require the removal of 200 million cars from U.S. roads by 2030.

Solutions need to be sound-bite ready, and fit into Twitter’s 280-character limit. This leaves little room for thoughtful discussions of what kind of economy we’ll have with dramatically less steel, glass, cement and fertilizer; why we’re not phasing out every coal plant in favor of natural gas; on the case for common standards and commissioning of nuclear power; and sharply higher R&D into cleaner ways to use what works, which is overwhelmingly fossil fuels.

The world’s cattle produce 5 gigatons of greenhouse gases annually, only slightly less than the U.S. Phasing out cows (meaning ending their reproduction) would eliminate this source of emissions within twenty years (see The Bovine Green Dream), an outlandish suggestion that is nonetheless more practical than the Democrat policy proposals on offer.

There’s no thoughtful discussion of the necessary trade-offs, weighing risks, costs and outcomes. Discourse consists of brief sentences of one and two syllable words. The U.S accounts for just 14% of global emissions. The Democratic primaries have put the most thoughtless solutions on display. Americans deserve better — we should all hope that such extreme policies are abandoned in favor of more thoughtful ones.