The rapid transition of WeWork from IPO in early September to almost bankrupt says something about the superficial due diligence of bankers prior to a roadshow. Reports suggest that co-founder Adam Neumann’s $1.7BN million payoff in exchange for much of his stock and his board seat will save him from having to file for personal bankruptcy. Like the late Aubrey McClendon when he ran Chesapeake, Neumann bet everything by borrowing heavily against his equity holdings. Meanwhile, Softbank has invested over $10BN into a company whose equity is now worth at $8BN. In January, WeWork was valued at $47BN. Another report suggested that layoffs were delayed because the company didn’t have the cash for severance payments.

Few will shed a tear for Neumann or Softbank. If you aim high and miss, down’s a long way. Founders and investors in a company can be expected to talk up its valuation. 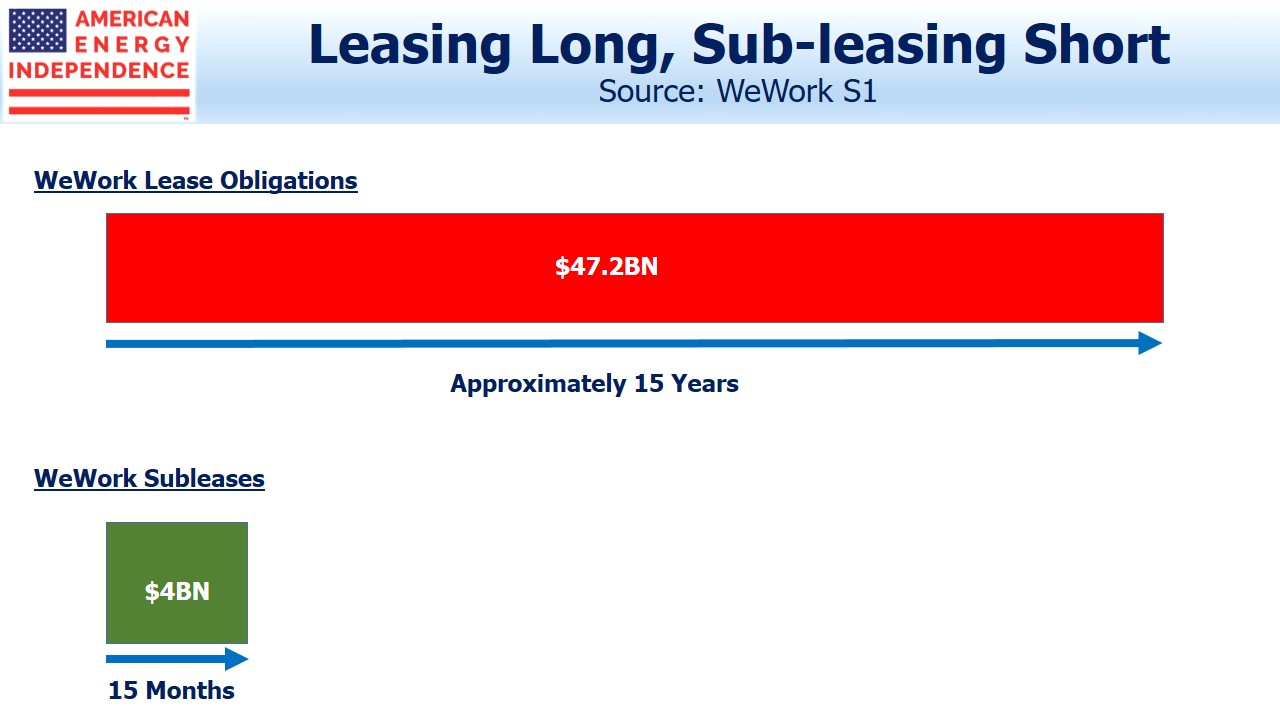 But what about the bankers, who only a few weeks ago were out there pitching a hot growth stock that in reality was desperately in need of cash simply to stay afloat? We’re not natural IPO buyers, but doesn’t this company just sign long term property leases and then sub-lease for shorter terms?

Stocks can dip after an IPO, but it’s rare for bankers to so misread investor sentiment that the deal is cancelled. Early this year there were over 300 high growth, private companies valued at over $1BN (“unicorns”). Some mutual funds sought to boost returns on their public equity portfolios with a sprinkling of unicorns. That strategy has recently backfired, as Uber, Lyft and Peloton all slumped following their recent IPOs. 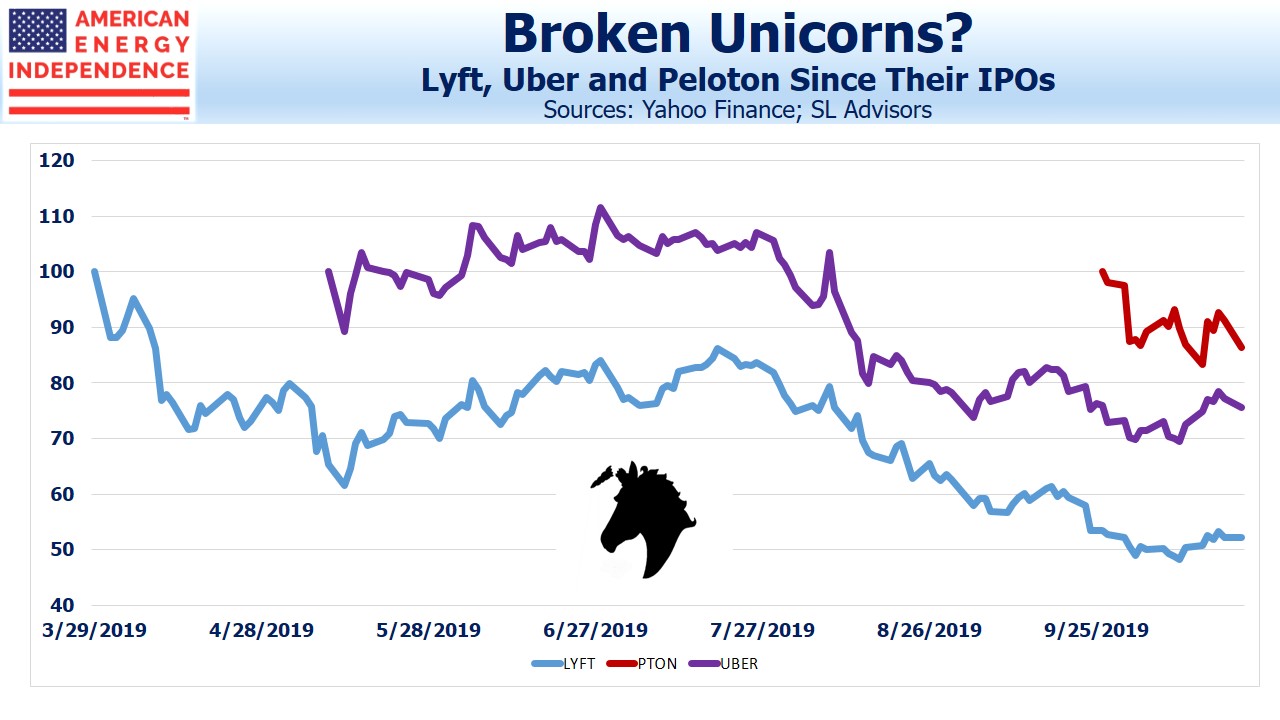 Investors seem to be recovering a protective layer of cynicism.

A close family member is an astute investor with an age-appropriate, conservative portfolio. She allocates a small portion for interesting, risky ideas, and bought into Tilray (TLRY) in its Canadian IPO in July 2018. CFA charterholders shouldn’t bother looking at marijuana stocks. Farmers all over the world rely on enormous government subsidies, without which their businesses apparently couldn’t survive. This simple observation, along with TLRY’s stratospheric multiples, supported my advice to my wife not to follow our relative’s lead. TLRY quickly soared to almost six times its IPO. 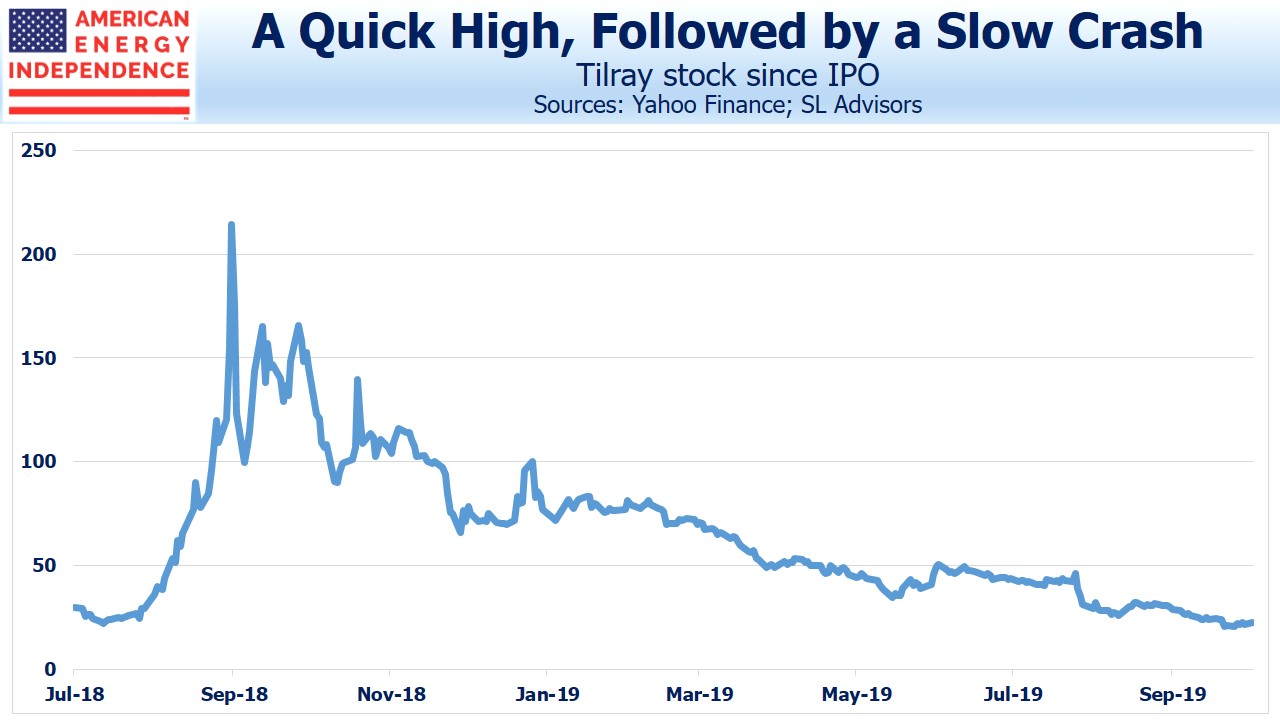 Our family’s most ruthless trader sold enough near the high to cover her cost within three months, as one of the most beautiful short squeezes in recent years swept away those who had shorted TLRY based on fundamentals. It’s been an occasional topic in our house at breakfast, along the lines of “Do you know what I could have bought if you hadn’t told me to avoid that pot stock?” Responding that my wife doesn’t pay enough in fees to warrant an account review while I’m eating my cereal draws a predictable retort. 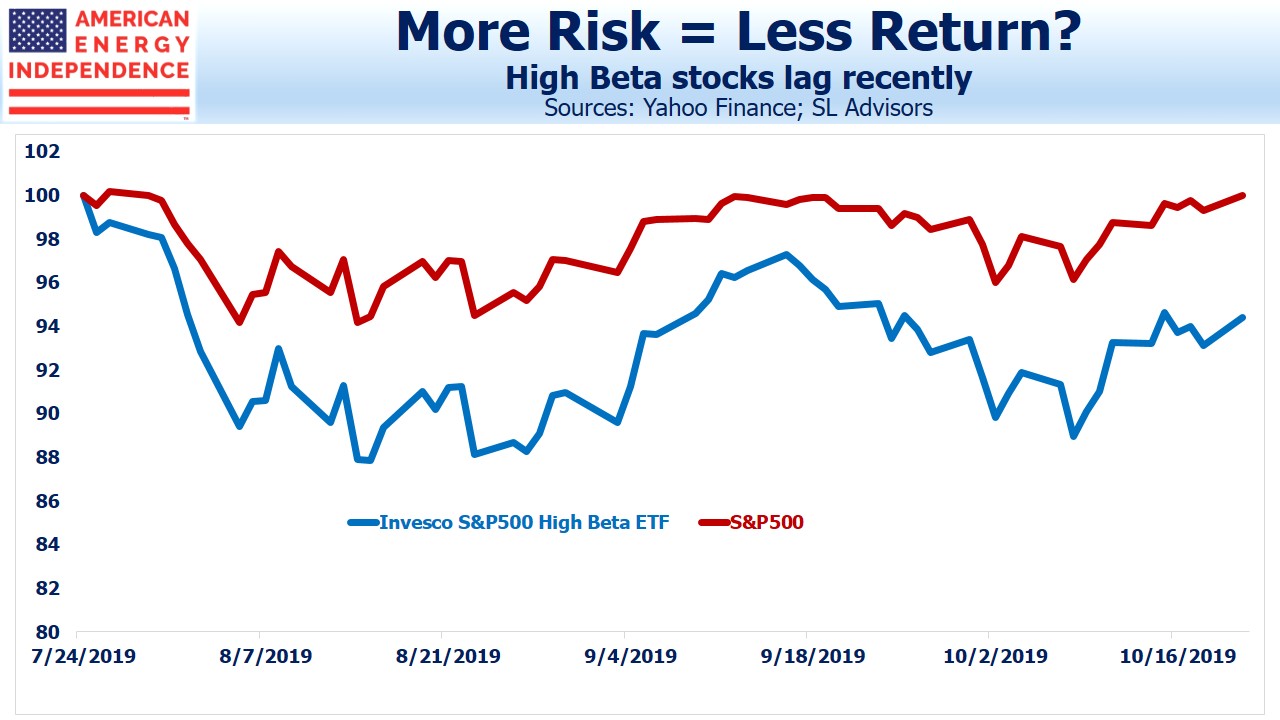 The time for frothy stocks has passed. In a year of strong equity returns, low volatility stocks are ahead, even though they’d be expected to lag at such times. The American Energy Independence Index, jammed full of cheap stocks and with nothing remotely unicorn-like, is keeping up the pace. Investors are turning towards tangible values with proven business models.