Coal is by any measure an environmental and climate disaster. The world relies on coal in various forms for 27% of its primary energy, and it’s responsible for  40% of its CO2 emissions from fuels. Although it possesses lower energy density than oil or natural gas, coal is relatively easy to transport and store which explains its widespread use. It powered the industrial revolution before rich countries started switching to cleaner-burning natural gas due to local pollution. Today, China consumes half the world’s coal. 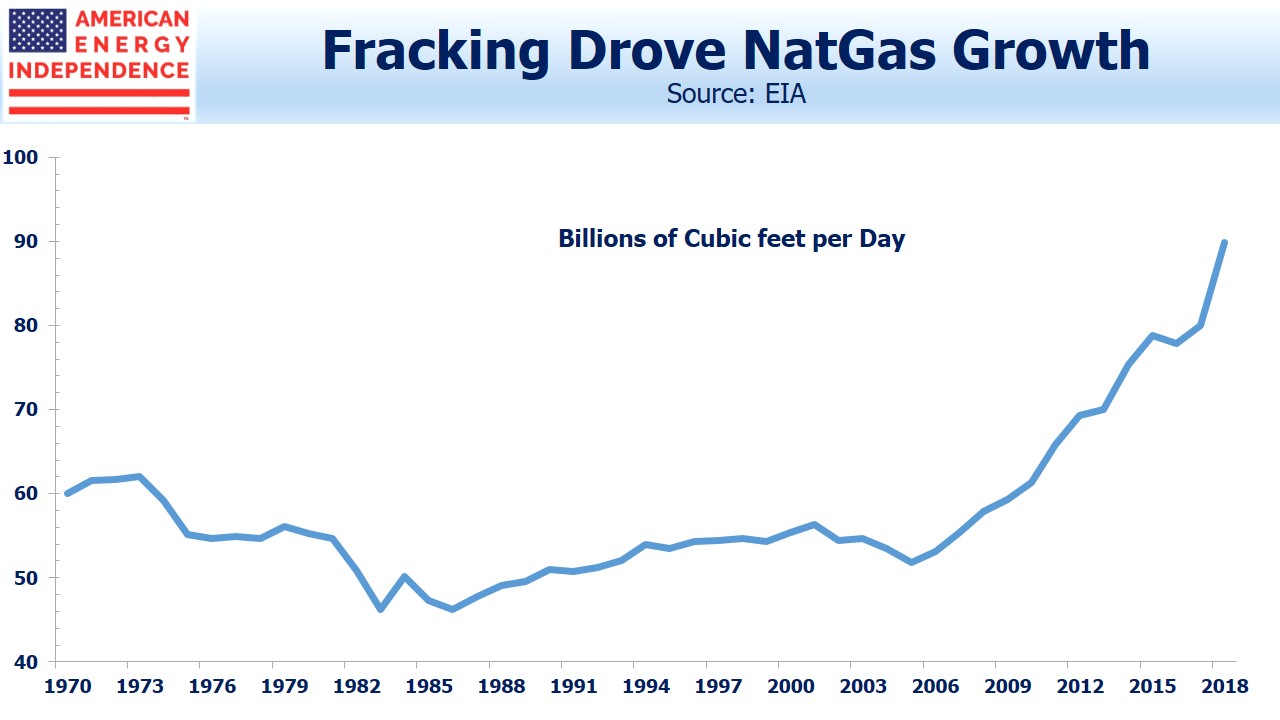 A big idea to combat climate change is for the world to phase out coal, replacing it with natural gas. This is already happening to some degree in the U.S. for power generation. Natural gas provides 37% of U.S. power, up from 34% last year. Coal’s share is 25%, down from 28% last year and heading to 22% in 2020.The recent bankruptcy of Murray Energy is a consequence. 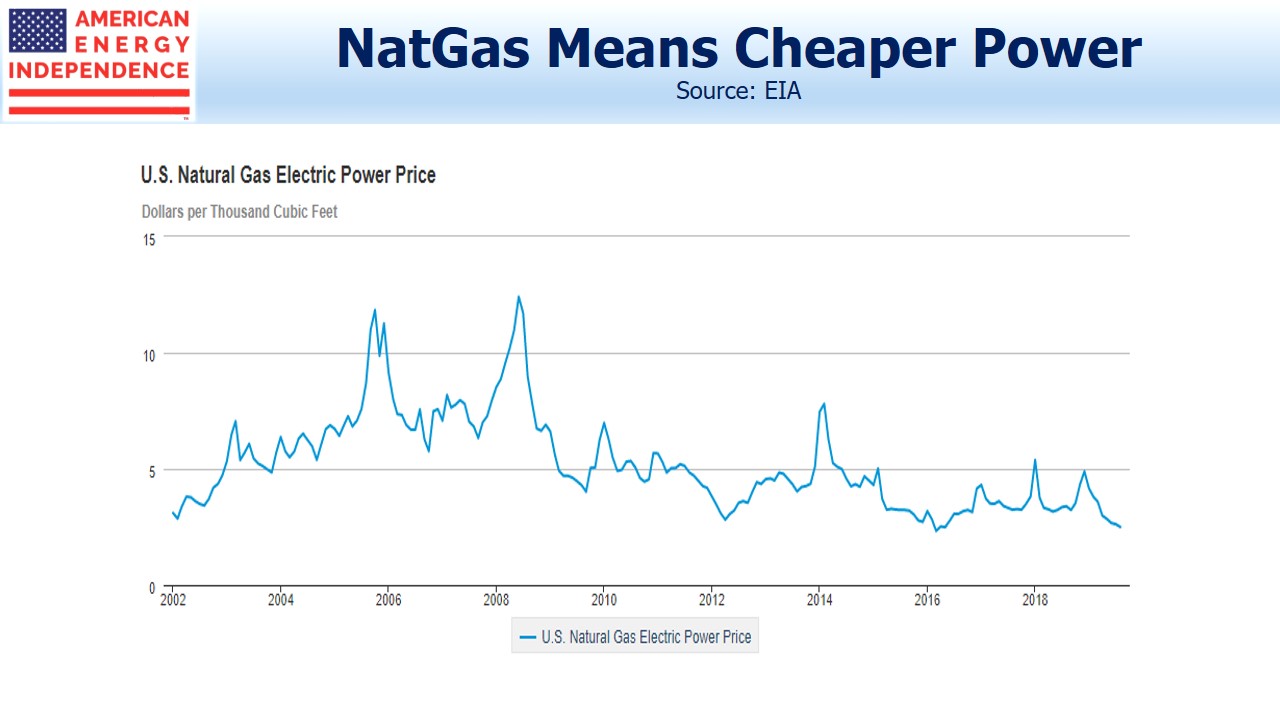 Coal has its proponents, including all the industrial users of coal who have invested in processes that rely on it, as well as the coal producers themselves. But the math is that if the 150 billion BTU-equivalent of primary energy generated from coal was instead produced with natural gas, it would roughly halve the CO2 emissions per unit of energy. This would in turn reduce global emissions by 6.6 Gigatons, around 17% and more than the total emitted by the U.S. Climate extremists focused on solutions would push for even greater exports of cheap U.S. natural gas, perhaps supported by the sale of U.S. gas-fired power plants. It’s not as radical as moving to centrally planned economies running on solar and wind, but has the significant advantage of being feasible with today’s technology. Abundant natural gas offers a huge opportunity.

Moreover, coal causes local pollution wherever it’s burned, including sulfur, mercury, lead and arsenic. It emits high concentrations of very fine particulate matter, which cause respiratory damage. Estimates of annual coal-related deaths in the U.S. range from 7.500 to as high as 52,000. For comparison, the U.S. experiences around 40,000 auto-related deaths annually. In China, which burns six times as much coal as the U.S. and has less restrictive pollution rules, estimates of smog-related deaths are as high as 670,000. 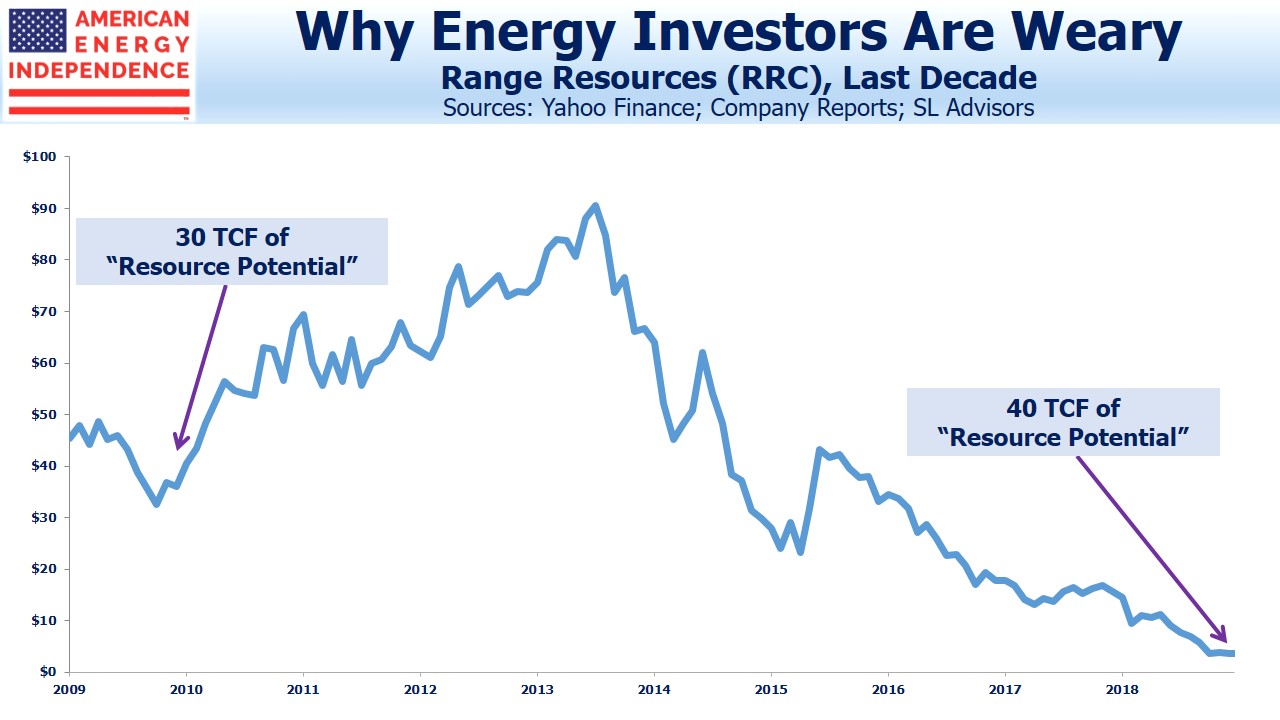 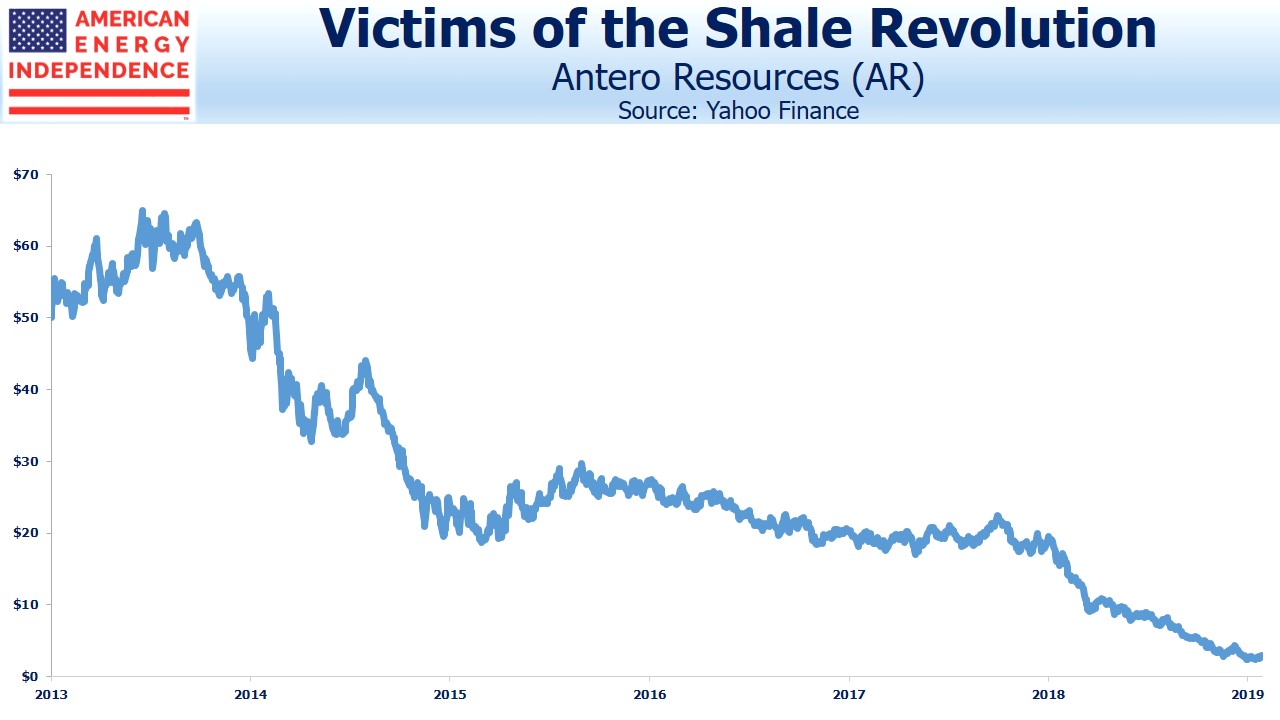 America’s enormous success in producing natural gas has crushed the stock prices of many E&P companies. 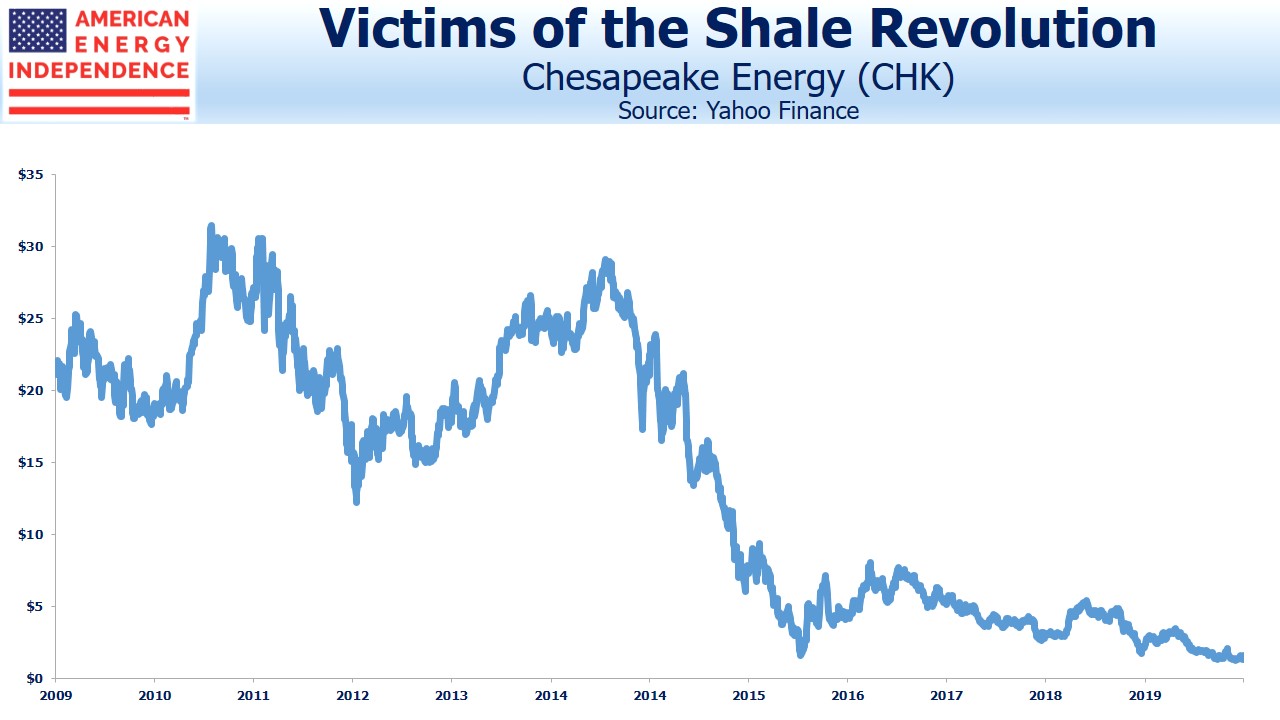 Chesapeake (CHK) was the poster child for the Shale Revolution and natural gas under the late Aubrey McClendon. In an SEC filing the company warned that low natural gas prices “raises substantial doubt about our ability to continue as a going concern.” 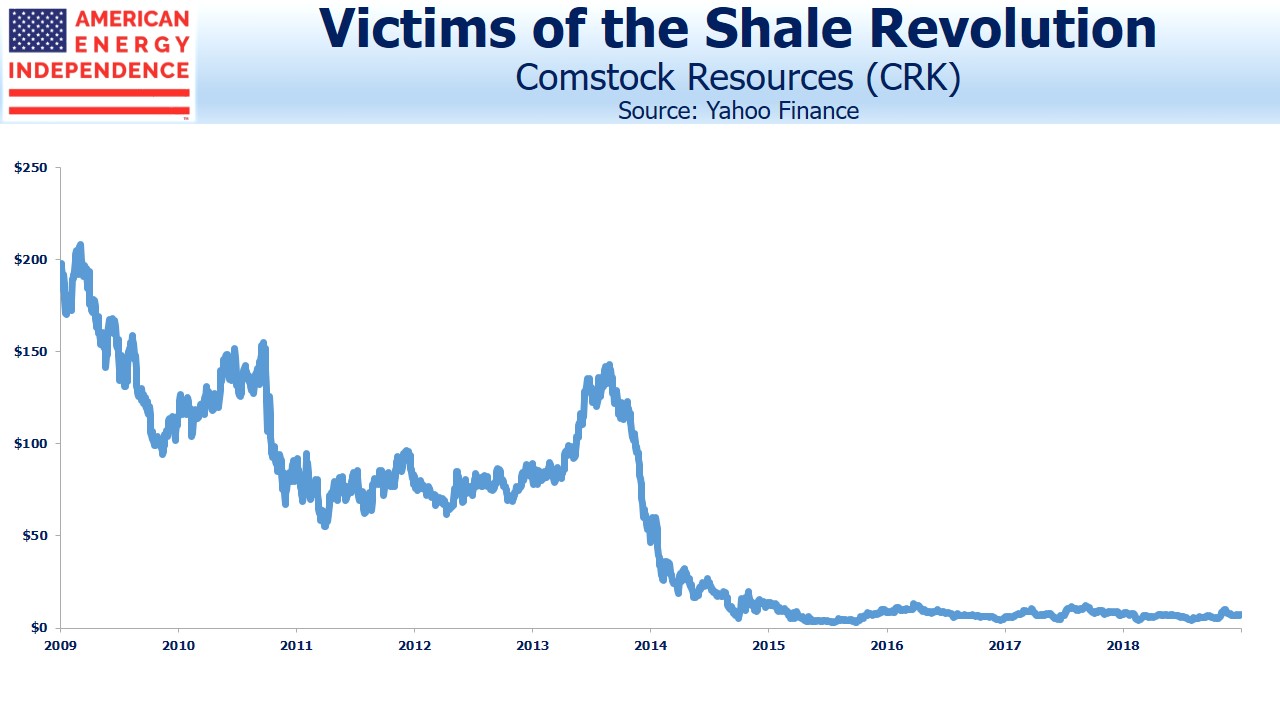 Almost a decade ago we were following RRC, SWN and CRK more closely, meeting with management and examining the growth story. Production success has been a poisoned chalice. Increasing output has weighed on prices, recalling the early days of dot.com businesses who sought to cover operating losses by increasing volumes. 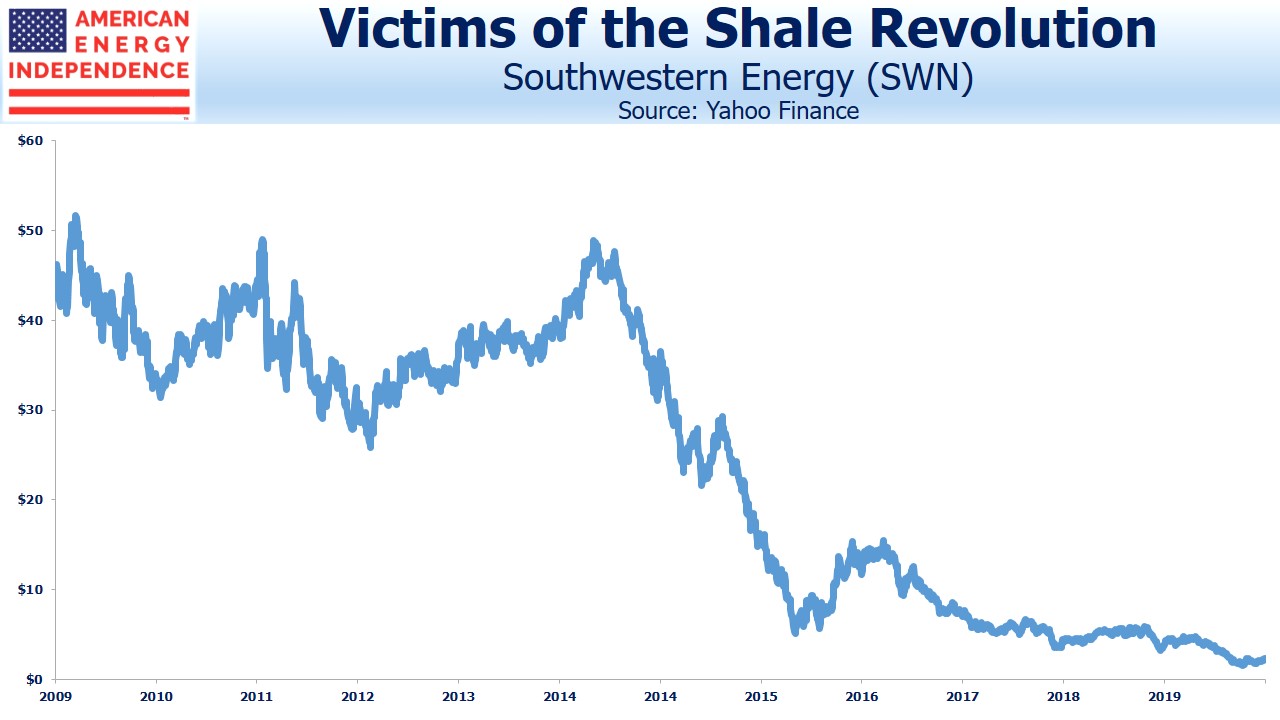 Nonetheless, production continues to increase. In the Permian in west Texas, the two most active drillers are Exxon Mobil (XOM) and Chevron (CVX), validating the opportunity of shale as long as it’s exploited by companies with low production costs and strong balance sheets.

Natural gas is increasing its share of the world’s power generation, providing access to cheap energy and lowering emissions. It’s just not clear that the early, smaller E&P companies will survive to benefit.