Investing based on environmental, social and governance principles (ESG) is intended to make the world a better place. It’s a loosely-used term, and definitions vary widely. Seeking companies with good governance seems so obvious that it scarcely belongs in ESG. But environmental and social principles carry the suggestion that investment return shouldn’t be the only criteria. If ESG policies were as reliably profitable as, say, intelligent capital allocation, there would be no need for their own category. Yet some argue that selecting investments based on ESG criteria delivers better results, which is a tautological argument.

ESG funds are gaining assets, thereby drawing the attention of executives. It can be amusing to watch the hoops companies jump through to claim they’re ESG-worthy. Most attention is focused on the environmental aspect, given the ongoing debate about climate change. The aspirational Green New Deal (see The Bovine Green Dream) sets such impossible objectives that even its Uber-using author AOC allows that, “Living in the world as it is isn’t an argument against working towards a better future.” (see The Green New Deal’s Denial of Science). 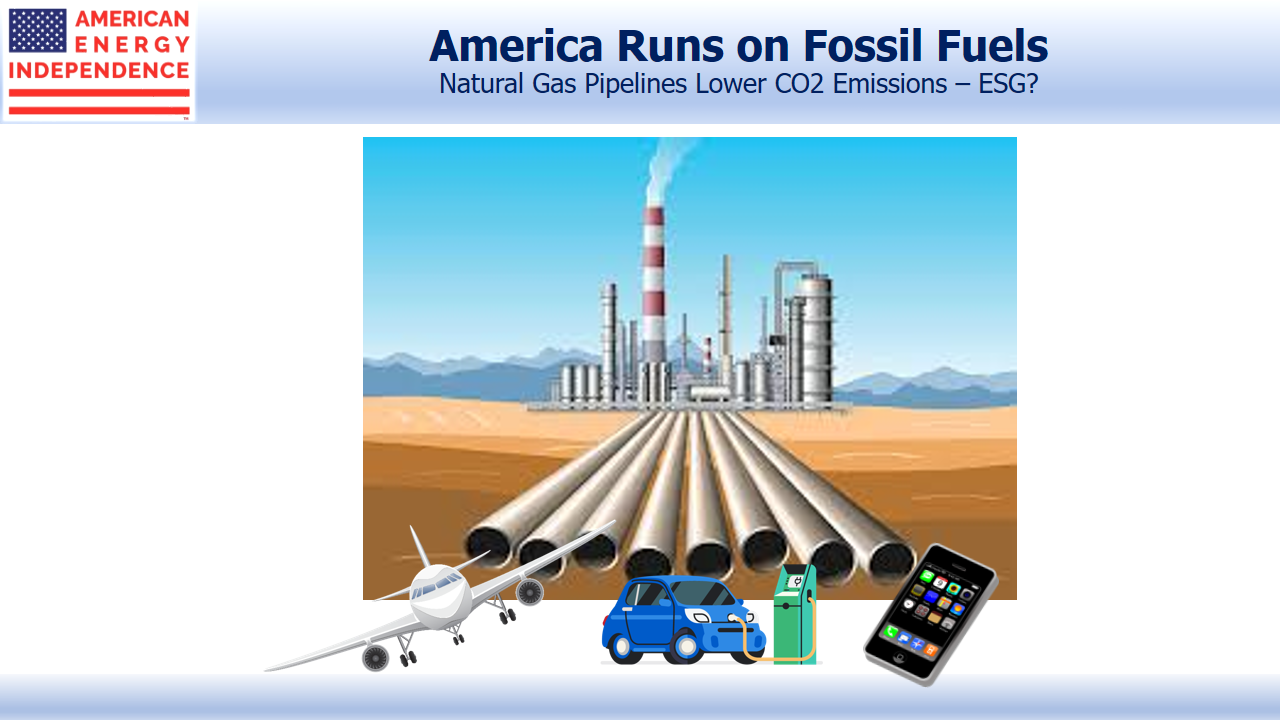 Most companies are sensibly aiming a little lower. Apple claims that their company is “globally powered by 100% renewable energy.” Such claims involve sleight of hand – since they can’t control how the electricity they use is generated, they purchase renewable credits to get their energy sums to foot. In any case, their employees mostly don’t walk or cycle to work, and iphones are made of plastic which comes from petroleum products, or (increasingly in the U.S.) ethane.

Tesla has pulled off a marketing coup by associating its electric vehicles with clean energy. Two thirds of U.S. electricity is produced from fossil fuels. Some states, such as Wyoming, rely 100% on coal because it’s locally abundant. Is a Tesla buyer in the Cowboy state helping? Does Tesla merit support from environmental activists?

Moreover, countless consumer electronics use cobalt in their batteries, the mining of which should put any ESG claim to shame.

The climate change debate is littered with good intentions and burdened with bad ideas that mostly won’t get done. Although most Americans believe humans are warming the planet, two thirds wouldn’t even pay $10 per month to combat it, a statistic that should give GND supporters with their unlimited spending goals something to consider.

Results are what count. America has achieved a 14% reduction in CO2 emissions from 2005 levels, largely through the substitution of natural gas for coal in electricity generation. America’s energy business, powered by the Shale Revolution, has achieved this, against widespread wrongheaded opposition from environmental activists. Other countries that rely more heavily on renewables, such as Germany, have moved backwards because their intermittency has increased reliance on coal. Germany’s decommissioning of its nuclear energy plants hasn’t helped.

If results matter more than intentions, America’s pipeline companies have probably contributed more to reduced emissions than any other sector. Moreover, if you supply an ESG-rated company with its energy, shouldn’t that by definition qualify the supplier to join the ESG category?

Virgin Atlantic Airlines has a sustainability program (Change is in the Air). If an airline thinks it’s an ESG member, the pipeline that delivers its jet-fuel must surely belong.

America’s energy infrastructure is boosting natural gas production, so much so that we’re increasingly exporting it. As a consequence, coal use is being constrained around the world from what it would otherwise be. This sector is leading successful efforts to fight global warming. Its ESG credentials are as strong as any.

Pipelines’ New Look Deja Vu All Over Again for Pipelines?
Scroll to top