As I watched President Trump’s inauguration speech on January 20th, I was reminded of Paul Kennedy’s 1987 book, The Rise and Fall of the Powers. Kennedy charts the arc of many great empires over the last couple of millennia. He finds a repeated cycle of geographic enlargement through technological and economic dominance followed eventually by what he calls “Imperial Overstretch”, as maintaining control exceeds the resources available. It’s a big topic well beyond the scope of a monthly newsletter to adequately address; many will challenge the notion of the U.S. as an empire, and will reject that decline in any form is imminent. But America’s share of global GDP is shrinking simply because other countries are catching up. Greater geopolitical competition makes staying ahead ever more costly.

What prompted this thought was the vision of an America more ready to examine the payback from neighborly interactions. The post-World War II period began with America investing in rebuilding a broken Europe and Japan out of an unquestioned faith that benefits would accrue back. Perhaps we are now acknowledging that if the world doesn’t bother us we’ll leave it to its own devices; a more transactional approach will govern sovereign relations. Other countries have plenty of resources too. The wars in Iraq and Afghanistan following 2001 have cost up to $5TN by some estimates, echoing Kennedy’s warning about foreign entanglements ultimately exhausting resources.

“We do not seek to impose our way of life on anyone, but rather to let it shine as an example. We will shine for everyone to follow.” If you focus on the words and not the speaker, this is not a radical statement. While not soaring rhetoric, many could agree with the sentiment. Support for a more inward-looking America is not a new phenomenon, and finds adherents across the political spectrum. 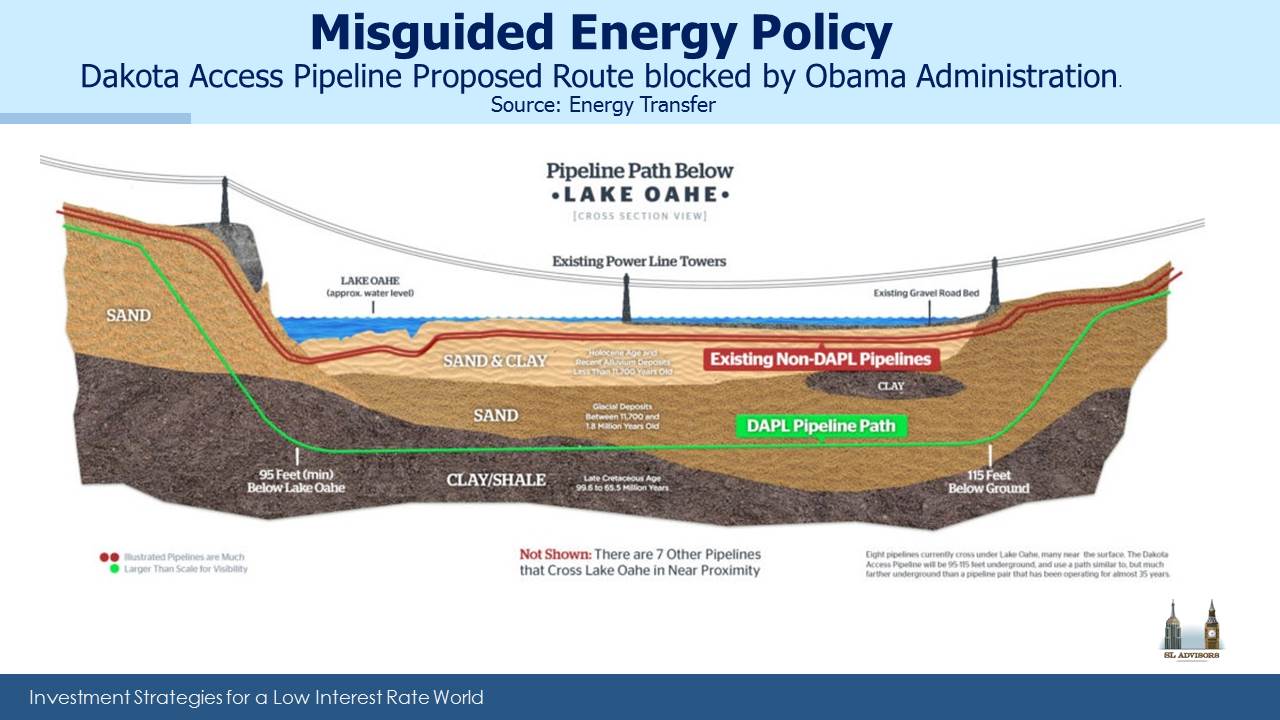 Public policy is likely to shift in ways that will impact investment returns, more so than in many years. The great challenge in writing on such topics is to be non-partisan. Following the most divisive election in living memory, strength of feeling on both sides has not obviously weakened. Considering the investment impact of, or even support for, Trump Administration policy moves doesn’t imply endorsement of the candidate. We are just trying to allocate capital thoughtfully.

To pick one current example, on the first business day following his Inauguration Trump formally withdrew the U.S. from the Trans-Pacific Partnership (TPP). Obama had long pushed for the TPP as a way to bind the countries of Asia more closely together through trade and therefore shared prosperity. The European Union was originally conceived as the European Coal and Steel Community to end the string of three successive military defeats France had suffered against Germany by increasing trade links, making conflict prohibitively costly.
Trump’s assessment of the TPP was that the U.S. should negotiate bilateral trade agreements with other TPP countries. It may not appear quite so visionary, but there’s a certain industrial logic to a series of one-off deals. They’re simpler to negotiate, and the U.S. must enjoy a stronger position in any one-on-one discussion than as the largest in a room of twelve.

More broadly, if you’re looking for reasons to worry about the future there is plenty of material. Trump’s negotiating style rests on making demands that invite failure before agreement; how else to ensure the best terms have been achieved? Uncertainty is fuelled by the absence of prior government experience and unpredictability. These are positives or negatives depending on how you voted. Holding extra cash as protection against a negative surprise is understandable; it’s a comfortable, highly defensible posture and if worst fears aren’t realized the subsequent deployment of a lot of this cash will likely push stocks higher.

For investors in the energy sector, Trump has provided much to cheer and little of concern. Support for American Energy Independence and a renewed focus on infrastructure can only be good for the businesses that own the pipelines, storage facilities, fractionation plants and related properties that get hydrocarbons where they need to go. The sorry saga of the Dakota Access Pipeline (DAPL) built by Energy Transfer Partners (ETP) reflected poorly on President Obama’s capricious decision making. Having been properly approved by the U.S. Army Corps of Engineers and virtually completed, this $3.8BN project was delayed by the outgoing Administration, which in effect rescinded prior approvals without ever finding fault with the process ETP had followed.

The proposed pipeline under Lake Oahe in North Dakota passes below an existing pipeline. When completed, DAPL will move crude oil to market in the Midwest and reduce reliance on Crude by Rail (CBR), which is more expensive and more prone to accidents. The Washington Post, not exactly a stridently Conservative mouthpiece, noted that crude spills were significantly more likely with CBR than by pipeline when adjusted for volumes and distance traveled. The 2013 disaster in Lac-Megantic, Quebec when a trainload of crude oil exploded and killed 47 people led some to refer to CBR as “bomb trains.”

Meanwhile, $3.8BN in capital was kept waiting to produce a productive return while government policy was changed with little regard for the chilling impact on future projects or even basic fairness. This is a narrow issue and not an election-deciding one for most people. But few can be surprised at Energy Transfer Equity (ETE, ETP’s General Partner) CEO Kelcy Warren’s happiness at Obama’s departure – a sentiment shared by many energy industry executives. Trump’s swift approval of this project and the Keystone pipeline (another political hostage) were encouragingly pragmatic and certainly cheered MLP investors.
Most of the bad scenarios the concerned investor can imagine should not impact domestic energy infrastructure much at all. The likely thrust of policy will be supportive. Many equity sectors and individual stocks are close to all-time highs, exposed to the commensurate downside that can accompany lofty valuations. MLPs retain plenty of upside.

We are invested in ETE