The other morning a CNBC guest was able to share an insight not normally found on TV. The need for ten-second ideas greatly limits the ability of otherwise intelligent people to share much wisdom. R.J.  Gallo, whose Christian names are apparently only initials, trades municipal bonds for Federated Investors. He suggested that rates can rise slowly because people expect no worse.

More precisely, Gallo said that because inflation expectations are so well anchored at around 2%, the Fed can wait until actual inflation rises. Gallo noted that, “The Fed has been unable to structurally hit their inflation target for many years.” He went on, “The Fed is not totally sure how the inflation process works” 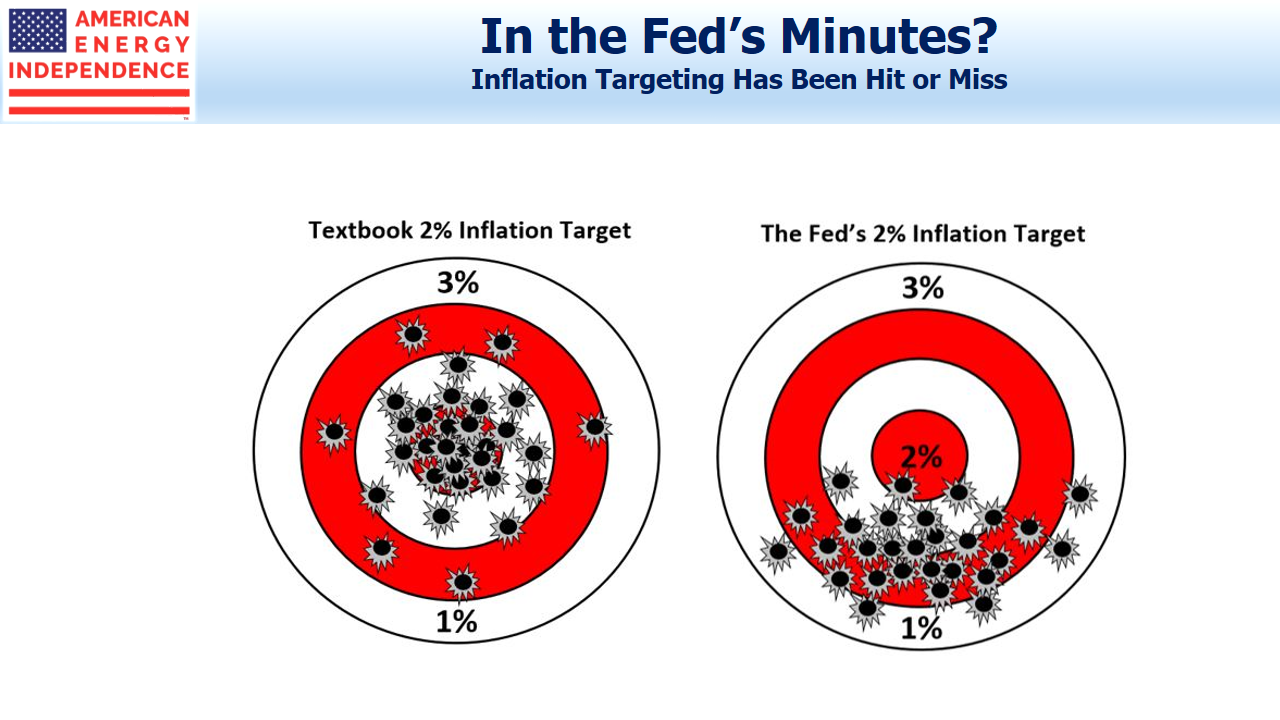 This makes a lot of sense. The reason the Fed has maintained a Fed Funds forecast that’s too high is because they’ve incorrectly expected rising inflation. They’ve struggled at times to even get the Personal Consumption Expenditure price index (their preferred measure) to reach their 2% target.

The high inflation of the 1980s, which afflicted most developed economies, is more history than a memory for most market participants. “Almost a generation of people… have seen very low inflation for (a) very long (time).”

Gallo therefore argues that we’re, “moving to an era where the Fed is allowed to be reactive.”

That would represent a substantial shift in thinking. Fed chair from 1951-70 William McChesney Martin famously said, “The job of central bankers is to take away the punch bowl just as the party gets going.”

Successive Fed chairs have ever since operated with the expectation that they were party poopers, although it’s probably a couple of decades since one acted that way.

Ten year treasury yields at 2.5% show there is little fear of rising inflation. This, combined with the Fed’s inability to identify the circumstances that will cause inflation, lead to the insight that the Fed is moving from proactive to reactive. They understand less than they used to. Or, given their more transparent decision making process, we now know that they always understood less than we thought (see Bond Market Looks Past Fed).

The conclusion for bond investors is that Fed policy on short term rates will follow bond yields, which is probably as it should be. Fed policy has been more accurately forecast by expectations embedded in the yield curve. Collective expectations of inflation are as good as the Fed’s best analysis, and perhaps better.

It’s a natural progression for short term rate policy to be increasingly set by bond investors. An inverted curve (as was briefly the case earlier this year) caused some fears that the Fed would cause a recession. The correct conclusion was that the path of policy rates was wrong. Fed chair Powell duly put this right (see Bond Market Corrects Fed).

Rising bond yields will be a necessary requirement for the Fed to push short term rates higher. Until that happens, investors can remain comfortable that the Fed is still on hold, which continues to favor stocks.