The Shale Revolution has certainly provided America with more geopolitical freedom. The 1973 Arab oil embargo punished the U.S. for supporting Israel, as it fought Egypt and Syria. Shortages of gasoline visibly demonstrated the limits to U.S. actions. As a result, every president since Nixon has called for energy independence.

Swaggering energy dominance is the new goal, since independence has, by some measures, already been achieved. But reduced dependence on imports doesn’t bring immunity from price spikes, given that oil is a global commodity easily moved to the most eager buyer.

A benefit of investing in midstream energy infrastructure that we rarely hype is its domesticity. There are pipelines all over the world, but we stick to North America where property rights and rule of law are secure. Weakness in, say, the Turkish lira is of no concern.

Energy markets today are sanguine, in that there is little risk of disruption priced in. Meanwhile, global crude oil demand is growing at around 1.5 Million Barrels per Day (MMB/D). Saudi Aramco’s recent bond offering disclosed production capacity that’s more limited than many had thought.

Venezuela’s output continues to collapse, with U.S. sanctions kicking a chronically mis-managed economy already on its knees. Libya is on the verge of civil war, placing more output at risk. And now the waivers on Iranian exports are about to be cancelled, with the U.S. stated goal of reducing their oil exports to zero.

The 1941 U.S. embargo on Japanese imports of oil and gasoline products led within six months to Pearl Harbor. Today’s Iranian sanctions are similarly intended to heap more pressure on the regime. U.S. warships patrol the Strait of Hormuz, assuring the flow of oil from Iran’s neighbors. Conflict is not inevitable and is hardly a viable proposition for Iran’s leaders. Economic pressure may yet induce Iranian change in policy, or even regime. That’s clearly our goal. But a miscalculation, or the conclusion that no good options remain, are possible. 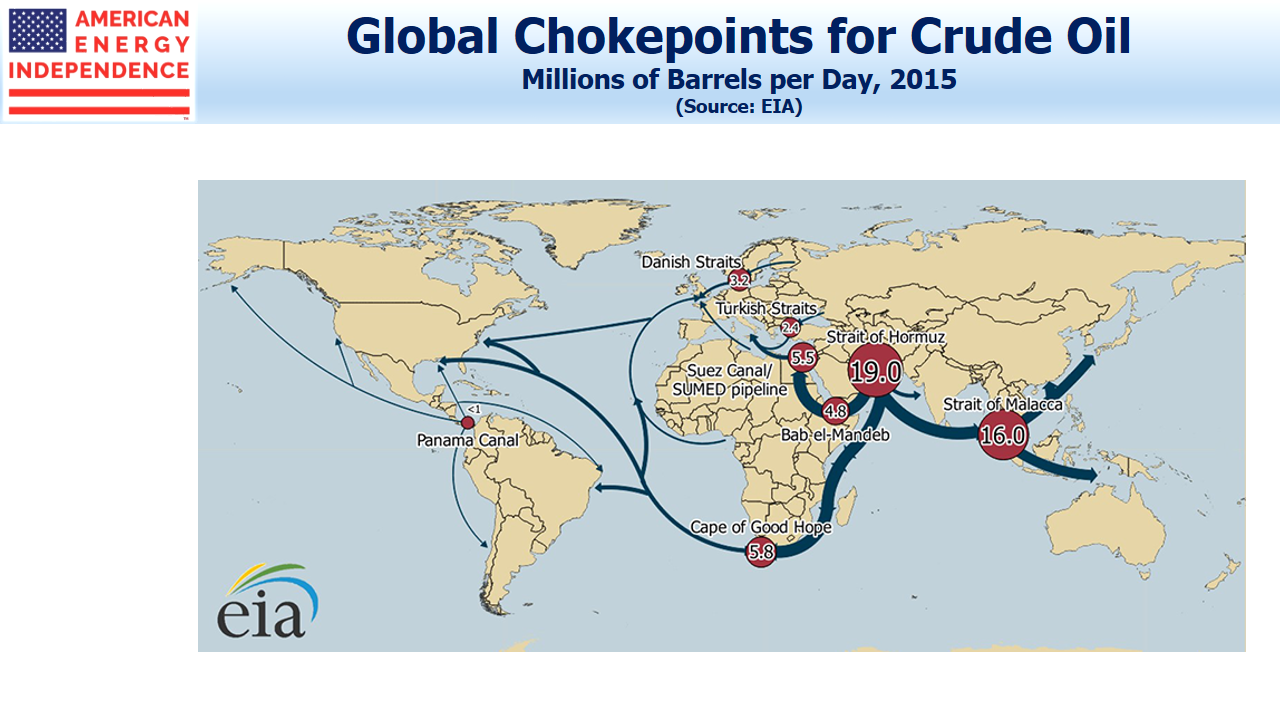 In The Absent Superpower, Peter Zeihan’s book on the shifting gepolitical balance caused by U.S. shale, he notes, “Iran has a phalanx of varied missile systems that could reach any point within the strait itself, with many of them capable of reaching the Saudi shoreline even across the wider points of the Persian Gulf.” 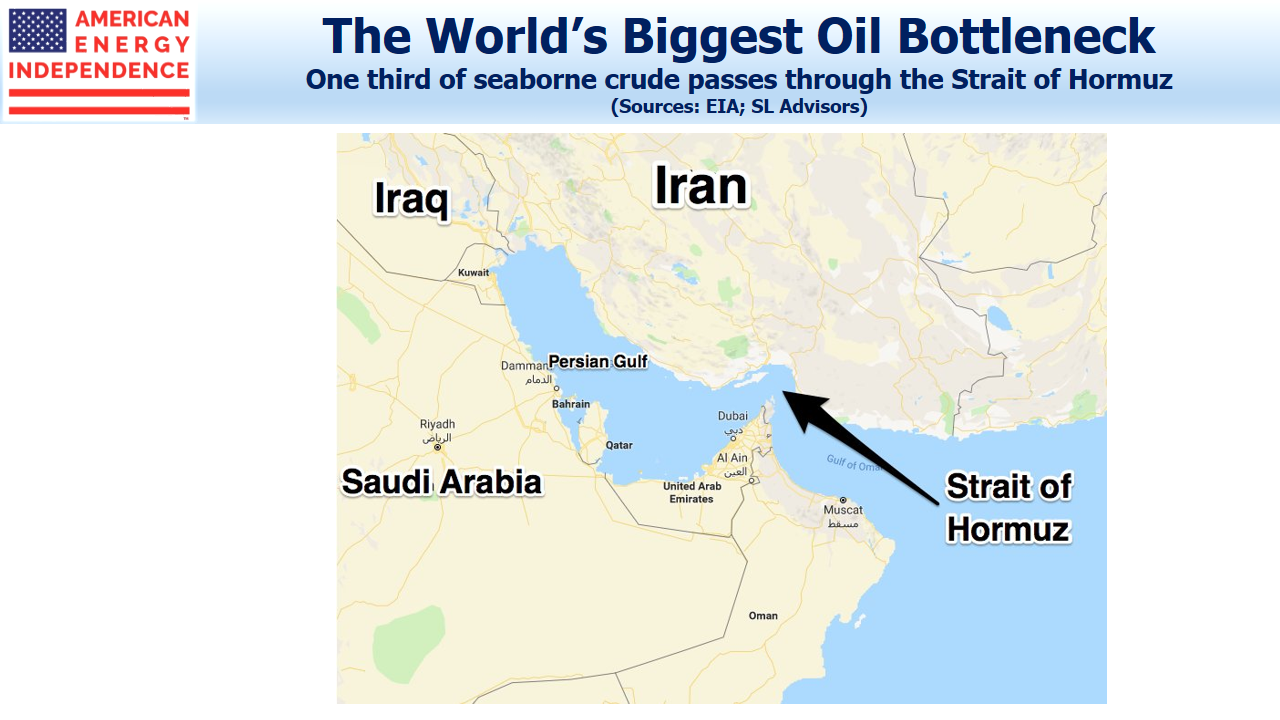 Brent crude exhibits modest backwardation, of around $4 per barrel between June ’19 and June ’20 futures. Conflict with Iran would surely provoke a much bigger jump.

Energy has sunk to around 5% of the S&P500. It’s one of the few sectors (along with Defense) likely to perform well if U.S. military action occurs. Energy stocks, like crude oil, reflect little price premium for geopolitical uncertainty. Through last year pipeline stocks were sufficiently out of favor that their correlation with the S&P500 was sometimes negative. That’s just the relationship a hedge needs with its target portfolio.