Pipelines Are Part Of The Energy Transition

Last week Kinder Morgan (KMI) reported earnings, which included around $1BN in one-time gains from the Texas power outages in February. Natural gas prices increased briefly by more than 100X. KMI had natural gas available, so profited from selling it to power companies who had commitments to meet. Energy Transfer (ET) is expected to report a large gain for the same reason when they report. Oneok is another candidate. This is part of the optionality that the pipeline business offers. 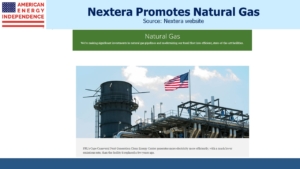 They also announced a modest dividend increase. The Alerian MLP ETF (AMLP) has cut distributions in half since 2015. Corporations cut by less, and KMI’s 3% hike is another small confirmation that the sector’s dividend cuts are in the past.

If global warming is already causing extreme weather events such as February’s cold snap, then not all the financial outcomes will be negative. KMI and ET may be the first examples of the profits that can be made from weather uncertainty.

Enterprise Products Partners (EPD) benefited last year when propane demand rose sharply. This was the result of a drop in Indian refinery production of gasoline, from which propane is often derived. Once again, a large footprint in the business provides flexibility to exploit market opportunities.

Phasing out coal globally is the biggest. China, the world’s biggest emitter of global green house gases (GHGs), announced that it plans to reduce coal share of power generation to 56% this year – an enormous figure whose only positive attribute is that it’s falling. They still plan to add coal power plants “moderately and rationally.”

An interesting paper was posted on China’s National Energy Administration (NEA) website, authored by their Director. It links the energy transition with energy security, offering a useful perspective on how Chinese policy may evolve. Renewables may be more attractive to China than most countries, because several of the rare earth minerals required are relatively abundant in China (see Some Surprising Facts About Energy). In this way, renewables can improve China’s energy security.

The U.S., which produces enough oil and gas to satisfy domestic demand, faces a loss of energy security in growing its renewables portfolio, a choice that Chinese planners must find mystifying.  China also produces around 93% of the coal it consumes. The NEA paper makes it clear why this is likely to remain a significant source of Chinese power generation for the foreseeable future.

Nextera Energy is well known for its large portfolio of windmills for power generation. But they’re also one of the largest generators of electricity from natural gas in the U.S. They’ve been upgrading some of their power plants to be more efficient and reduce emissions. They’re finding that the reliability of natural gas counters the intermittency of renewables.

Coal is set to gain market share from natural gas over the next couple of years, reversing the main source of U.S. GHG reductions of the past decade (see Emissions To Rise Under Democrats). On current trends the Biden administration will claim many successes but will not be able to show any actual reduction in emissions. Targeting coal power plants remains one of the opportunities to show near term results.

Just about every pipeline company has plans to participate in the energy transition. Coal-to-gas switching, capturing CO2 and perhaps even using hydrogen are among the initiatives being considered. Yields of 7% remain too high given the stability and outlook these businesses offer.