Yesterday the Texas Rail Road Commission (RRC) began their public hearings via Zoom on a request from some oil companies that they limit oil production (“proration”) to avoid unnecessary waste (see Navigating the Collapsing Oil Market). On the surface, it seems a pretty straightforward question. The pandemic has crushed oil demand, which is estimated to be down 30% globally. At the same time, OPEC+ has collapsed into acrimony because of a dispute between Saudi Arabia and Russia.

The Saudis responded by increasing production into an already oversupplied  market. Oil storage is at a premium, and is expected to run out within months. To a U.S. oilman, this looks like a thinly veiled effort to bankrupt the U.S. energy business, permanently lowering our supply and allowing others to profit later from resulting higher prices. 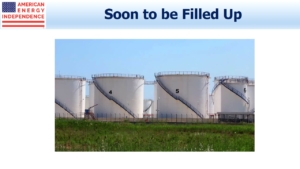 So Scott Sheffield, CEO of Pioneer Resources (PXD) testified before the RRC about the substantial energy job losses that will occur without action by the RRC. Matt Gallagher from Parsley Energy (PE) echoed Sheffield’s comments.  They argued that without the regulator imposing production limits on Texas oil production, the industry will suffer widespread bankruptcies and a permanent drop in employment.

They were followed by Lee Tillman, CEO of Marathon Oil, and it suddenly became more complicated. Tillman noted that naturally a company that only produces crude oil in the Permian in west Texas will favor pro-rationing. But Marathon produces in Texas, Oklahoma, New Mexico and North Dakota. Production will be cut, but some of Marathon’s most profitable wells are in the Eagle Ford, in south Texas. They might not choose to cut any Texas production. The message was clear – if the RRC imposes pro-rationing, in Marathon’s case it could result in more Texans losing their jobs than needed.

Diamondback’s CFO Kaes Van’t Hof went a step further, saying that they’d respond to prorationing by laying down all rigs, punishing oil service companies.  He pointed out that they had signed long-term contracts for the oil they produce, and had hedged their future production.  Diamondback was once a small company too, which didn’t stop them from running their business responsibly (subtle dig at Pioneer and Parsley).

So the view from the moral high ground is different, depending on which part of it you’re standing on. RRC member Ryan Sitton, a proponent of prorationing, tried to build the case on avoidance of waste which allows the RRC to limit production. It’s a dubious theory – if crude oil is being produced and sold to a consumer, how does one objectively define that as wasted even if the price is ruinously low? And the RRC has long permitted flaring of unwanted “associated” natural gas that is produced with oil (Texas Reconsiders Flaring), even though this is waste by any definition.

It’s also not clear whether other oil-producing states will follow the lead of Texas if the RRC does choose prorationing. Under U.S. law, companies are not allowed to co-operate in limiting production, and the Federal government cannot impose limits other than on Federal land or offshore. So the question falls to the states.

Tillman argued in favor of the free market being allowed to work, noting that production will drop anyway, as it should given collapsing demand. But when asked if he supported U.S. efforts to control market forces via organized production cuts with Saudi Arabia and Russia, he defended this as a geopolitical issue correctly solved with diplomacy.

It’s hard to escape the conclusion that U.S. oil producers want the free market to work until it no longer works for them, at which point they demand government intervention.

Saudi Arabia shouldn’t be able to pump oil at their desired level if low prices bankrupt U.S. producers, while sheltering under U.S. military protection. Trump probably pointed that out, and a group of nine U.S. senators definitely did. Playing the military card is just another form of the free market, no less important than securing pipeline capacity for future oil production.

It’s easy to see why cartels are so unstable.

It’s hard to see why a pipeline company would want the government to step in and compel them to make space for the less responsible companies that hadn’t already secured take-away capacity for their oil.  The American energy industry may emerge stronger, by letting the markets and the bankruptcy process move the acreage from the weakest hands to the strongest.