Master Limited Partnership (MLPs) have been reporting earnings over the past couple of weeks. They were largely as expected with several names providing modest positive surprises. There were also some other interesting announcements – notably the sale by Energy Transfer Partners (ETP) and Sunoco Logistics (SXL) of part of their interest in the Bakken Pipeline Project to Enbridge Energy Partners (EEP) and Marathon Petroleum (MPC).

We calculate that ETP and SXL collectively invested $2BN developing this asset and have received $2BN for a partial interest, leaving them with a significant economic stake for minimal cash outlay. In addition, they removed competitor project Sandpiper by bringing its sponsors into their project and MPC’s refineries will be an important customer which could provide an uplift to volumes.  The value of the assets and backlog of the Energy Transfer Family is why we’re invested for now in ETP and SXL’s General Partner (GP), Energy Transfer Equity (ETE). This is in spite of misgivings about management who remain unapologetic about acting in their own self interest (see Will Energy Transfer Act With Integrity?). On this topic we salute friend Ethan Bellamy, R.W. Baird’s Senior Analyst covering MLPs, for shunning the usual, sycophantic “great quarter guys” posture of most analysts and asking CEO Kelcy Warren a direct question on his crooked converts.

But our focus this week is on Williams Companies (WMB). As they warned before the vote on their ill-fated merger with ETE, a dividend cut was coming and was duly announced this week. In the meantime, a failed effort to fire CEO Alan Armstrong resulted in six of thirteen board members resigning.

Dividend cuts usually reflect strategic mis-steps by management, and although WMB controls a unique asset in Transco (an extensive pipeline network covering much of the eastern U.S.) their stock has lagged the Alerian Index substantially over the past two years. CEO Armstrong might argue that the influence of activists led by Keith Meister (an investor whose long term advice is of dubious value, as we wrote in  The Corvex Discount) forced poor strategic decisions. The pending sale to ETE limited WMB’s ability to make any other moves, such as raising capital, until it was resolved.

But in this case WMB is using the cash saved from its reduced dividend to fund its growth capex, most of which is going to expand its Transco asset at attractive multiples. Although WMB cut its dividend by 70%, its MLP Williams Partners (WPZ) maintained theirs and both securities rose on the news. It was a perfect illustration of  the divergent views of dividends. WMB investors are total-return oriented and cheered the redirection of cash into high-return projects. WPZ investors just want the cash. Both classes of investors are getting what they want.

It reflects a different approach to the Sponsor/MLP model. Traditionally, the sponsor develops the assets and then sells them to its MLP through a “dropdown” transaction. The MLP raises capital through a secondary offering of equity (usually supplemented with debt) and uses the cash raised to pay its sponsor for the asset. 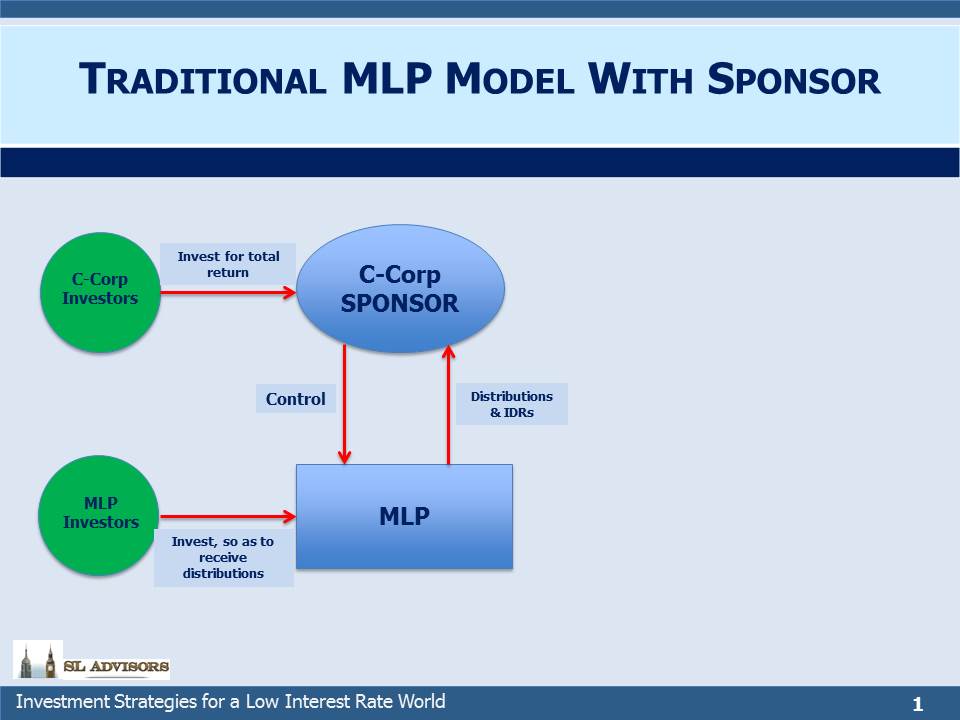 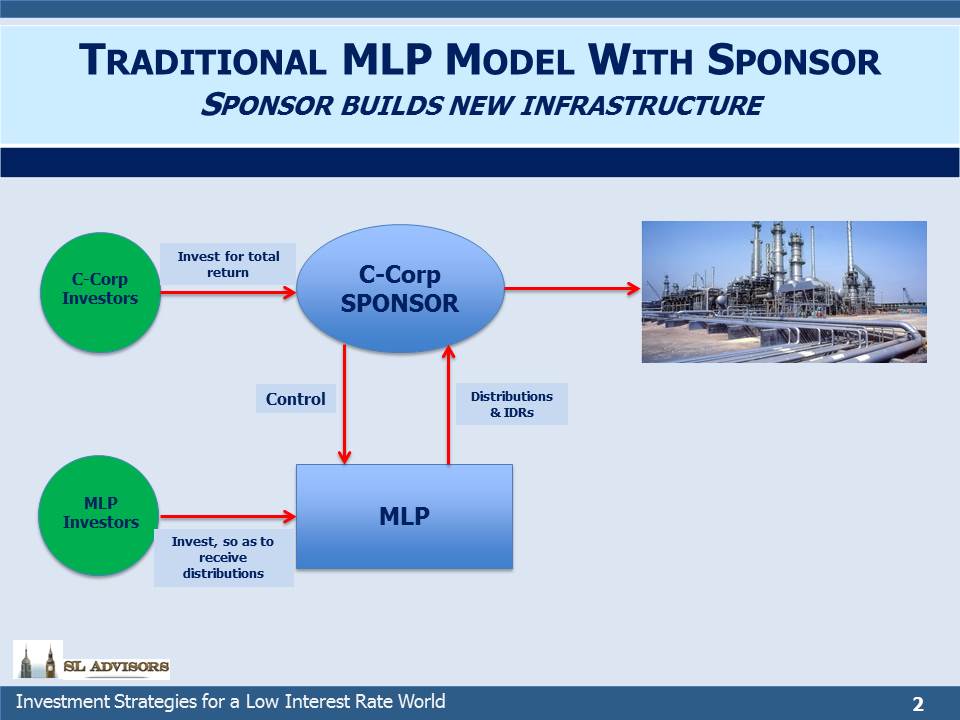 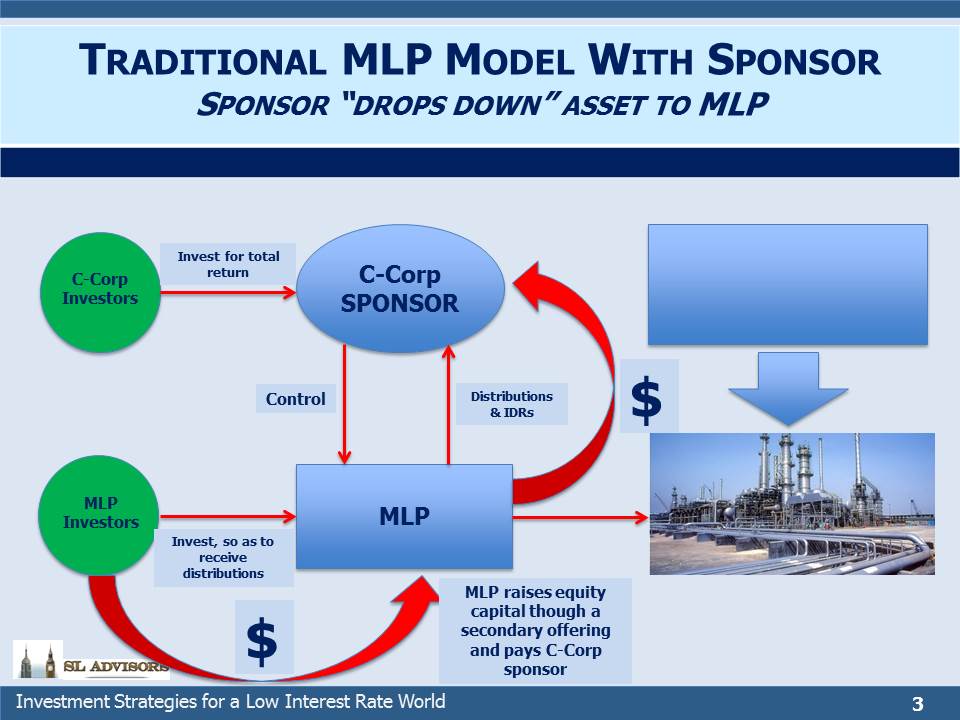 This model broke down last year as MLP yields rose to levels that made equity financing prohibitive. And yet, many attractive investment opportunities remained. It illustrates that the problem with midstream MLPs last year was not poor operating performance but a need for growth capital in excess of traditional investors’ desire to provide it (see The 2015 MLP Crash; Why and What’s Next).

Prior to the WMB dividend cut, WPZ yielded 9.7%, representing an expensive cost of equity capital. The 70% cut in WMB’s dividend will save $1.3BN annually. WMB expects to invest $1.7BN through the end of 2017 in new WPZ units. WPZ will use this cash to fund its capex, thereby eliminating its need to issue equity to the public and also taking pressure off its distribution.

WMB can in the future sell the WPZ units it will be acquiring through the next five quarters when the market environment is better and yields are lower. It’s an elegant way to provide WMB C-corp investors what they want (invested capital in high return projects) and WPZ investors what they want (stable distributions under any and all circumstances). Because the two classes of investors have different objectives, there are different times to access them for capital. Today the C-corp investor is more receptive, whereas MLP investors are setting a higher price. In time the cycle will shift, and the MLP investor will be a more eager capital provider, at which time WMB may sell its WPZ units. Crucially, the Incentive Distribution Rights (IDRs), under which WMB earns 50% of WPZ’s incremental Distributable Cash Flow (DCF) will remain with WMB even after the WPZ units are sold. It’s like a hedge fund manager investing his own cash in his hedge fund when investors are hard to find but opportunities attractive, and later on replacing his capital at a profit with outside investors’ money which will pay the ubiquitous “2 & 20”.

This is why it’s better to invest in MLP GPs. 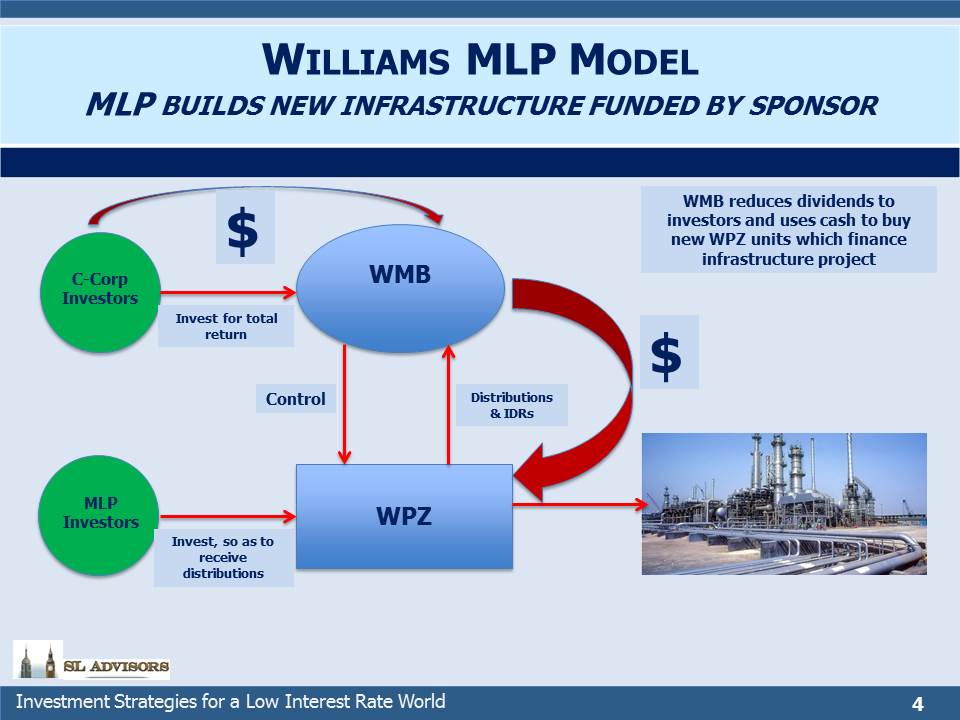 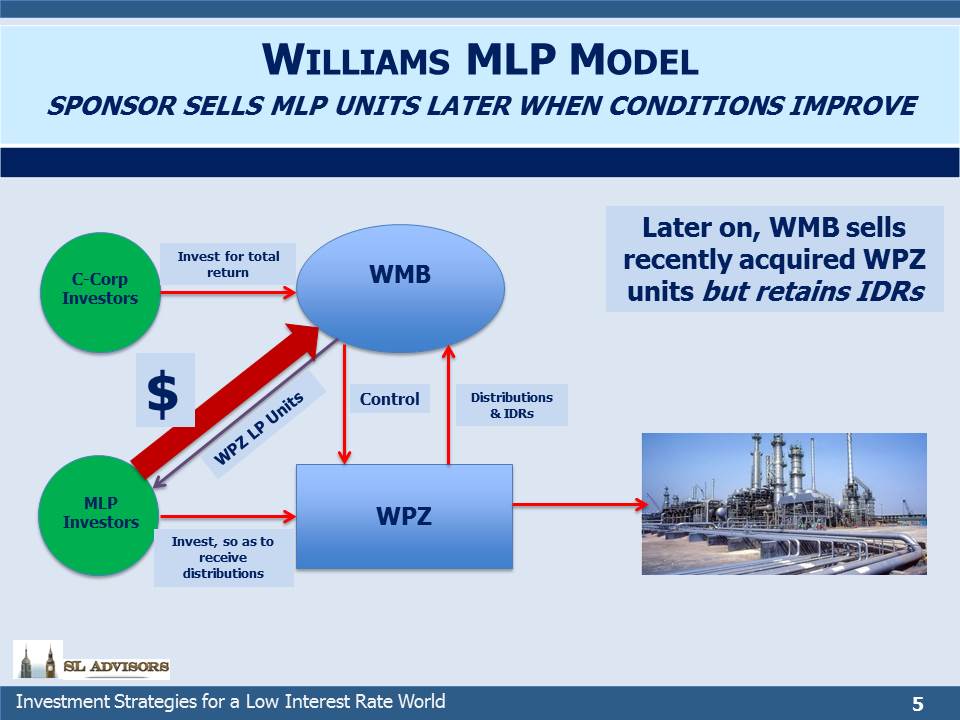 We are invested in ETE and WMB

We received quite a few comments on our August newsletter (see Why Electric Cars Are Good for Fossil Fuels). We see solar-derived electricity generation growing at a high rate, but maintain that electric cars will for the foreseeable future consume electricity that is largely derived by burning natural gas and coal.

There are solar bulls who forecast that the sun will provide a substantial portion of our electricity in less than a generation (see Ray Kurzweil: Here’s Why Solar Will Dominate Energy Within 12 Years). Mr. Kurzweil’s Wikipedia page lists him as a computer scientist, inventor and futurist. He works for Google, so is a seriously smart guy.

So we won’t take on Mr. Kurzweil’s forecast directly; I’m personally a late adopter on most new things and on solar domination well, I’m just not quite there yet. But an important challenge for solar is that U.S. electricity consumption is barely growing, rising at 0.5% annually since 2000 according to the Energy Information Administration’s Annual Energy Outlook 2016. So to be significant quickly, solar will have to gain market share from traditional sources of electricity generation – and it is expected to gain at the expense of coal (as is natural gas). But to become the dominant source of electricity it will have to undercut many power stations that still have years of useful life ahead of them.

Moreover (as my partner Henry so insightfully noted), to do so they’ll need to deliver electricity not simply cheaper than the fully-loaded cost of a power plant but below its marginal cost. A nuclear power plant involves a high up-front cost to construct. Thereafter, its operating costs are the threshold for any new, competing source of electricity. As in micro-economics, once your fixed costs are spent, as long as you cover your variable costs you’ll keep producing widgets (or Megawatts). Power plants last for decades, so the openings for solar even if competitively priced will occur very slowly as less efficient plants are retired.

Furthermore, utilities and municipalities account for two thirds of U.S. gas transport capacity (pipelines) and sign long-dated volume & price commitments, making a quick switch ever more cost-prohibitive.  Replacing retired coal capacity is how natural gas is making inroads into coal (although expensive environmental regulations are hastening the process). For these reasons and a lot of others specific to the intricacies of the electric utility sector (including load balancing and regulations), we think solar will grow and yet fail to be dominant for decades, similar to all past transformative energy technologies.