With only the slightest risk of hyperbole, I can assert that anything written by Michael Lewis is worth reading. His latest work, The Undoing Project, recounts the friendship between two Israeli psychologists which led to Daniel Kahneman’s Thinking Fast and Slow. Kahneman, with his late friend Amos Tversky, developed an area of Behavioral Economics which shows why so much economic theory fails in practice – because humans inconveniently act like humans and not the economic agents (“econs” in Kahneman’s book) economists assume. Both books are highly readable.

I was reminded of this by Williams Companies’ (WMB) ill-considered secondary offering announced late on Monday. Last August, WMB and its MLP, Williams Partners (WPZ) were pondering how they would finance their capex budget. The Shale Revolution has led to many opportunities for WMB to add on to its Transco natural gas pipeline network, an irreplaceable artery running down the eastern United States. The price of WPZ reflected this uncertainty through a 9.7% yield. So WMB did something rather clever; they cut their distribution with the intention of using the cash saved to invest in WPZ. Removing the financing uncertainty drove both stocks higher. WPZ’s distribution was now secure, its financing assured and WMB shareholders (who are total return oriented rather than fixated on dividends) cheered the redirection of some WMB cash into cheap WPZ units. We wrote about this in Williams Satisfies Two Masters.

To return to Michael Lewis, he recounts how Amos Tversky came to believe that humans underestimate how random life is. He showed how events that appeared inevitable after the fact were very often assigned extremely low probabilities prior. Thus is it that last Summer’s moves by WMB appeared to be the reliably sensible choice you’d expect from an insightful management team. Whereas in fact the partial reversal of the August moves by WMB last week confirm that intelligent moves don’t necessarily confirm intelligence by the protagonists, but can in fact be dumb luck. 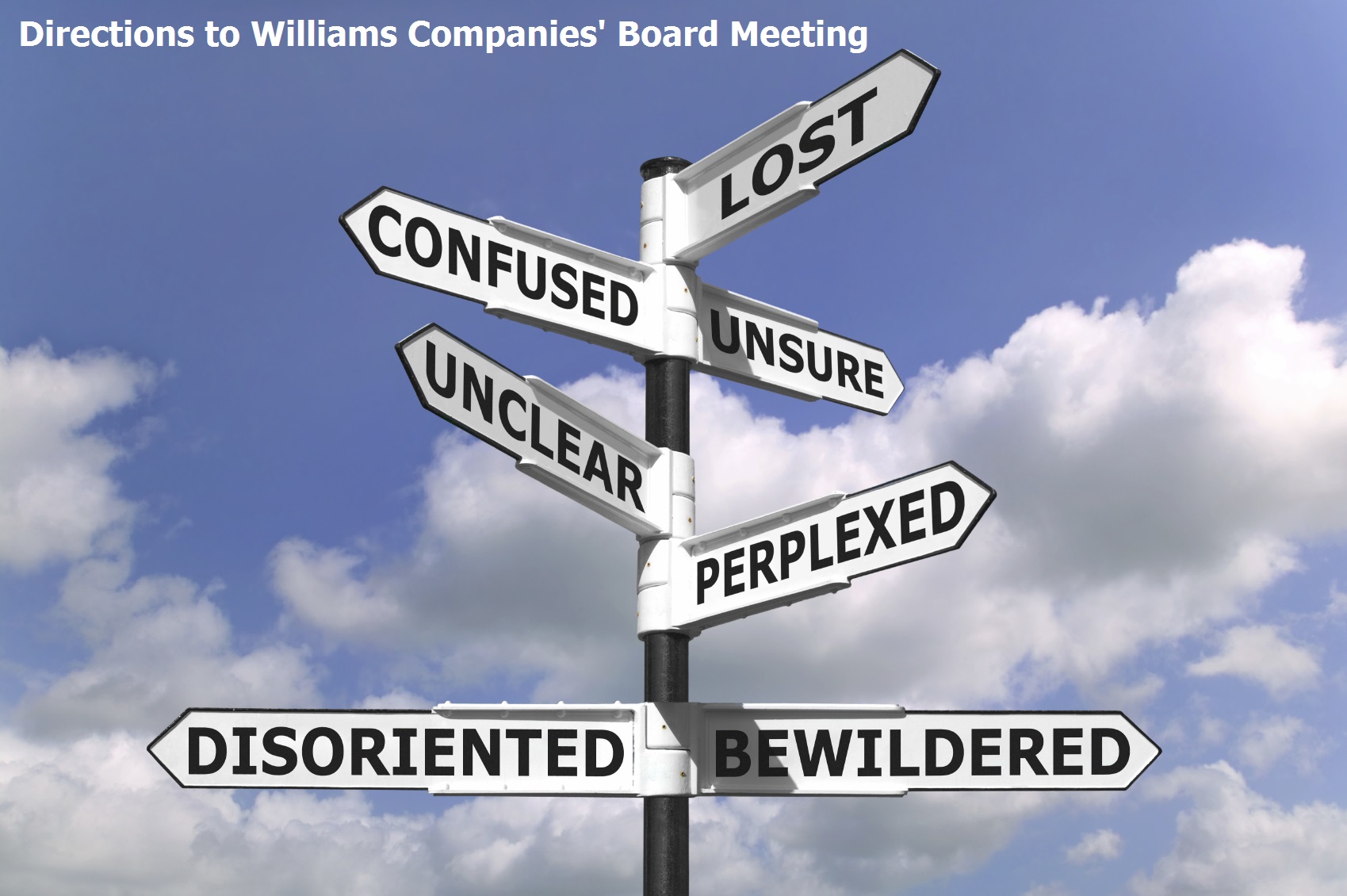 The two press releases reflect an Orwellian quality. Last August the goal was to ensure WPZ’s distribution was stable and WMB’s dividend was sacrificed to this end. Confusingly, today WPZ’s distribution is no longer regarded as important, while WMB’s is now raised. The solemn language about positioning for long term growth appears in both press releases even while in concert they reflect not a coherent strategy but a staggering from one transaction to another based on the last piece of advice received. WMB doesn’t seem to know if it needs cash or not — on the one hand it’s raising $2BN in equity, but on the other it’s increasing its payout.

More disappointing than their flip-flopping on dividends was the elimination of the Incentive Distribution Rights (IDRs) received by WMB from WPZ. IDRs are the payments the GP receives for running their MLP. WMB gave up its future claim to IDRs, which based on their 3Q16 receipt amounts to $900MM in annual cashflow. In exchange, they received 289MM WPZ units which, based on the new reduced dividend will generate only $694MM in cashflow. Moreover, IDR cashflows are worth a much bigger multiple than LP cashflows because they grow faster. Pure GPs trade at 2X the multiple of MLPs, and this was one of the attractive features of owning WMB. A fair consideration for the foregone IDRs would have been substantially more than the number of WPZ units actually received, which is why WMB shares fell 10% when the moves were announced. If WMB management was surprised at the market’s reaction, they’re either dim or incompetent.

WMB’s management has shown that they never really understood how intelligent they’d been in August when they redirected some of WMB’s cashflows away from dividends and towards WPZ. There wasn’t anything obviously wrong with this plan; it didn’t require tinkering. Their moves are random. There is no strategy, just a series of unrelated moves. Tversky showed Israeli Air Force instructors that the harsh feedback they gave trainees following errors wasn’t, in fact, causing subsequent improvement. Rather, pilots’ performance varies, and regression to the mean caused bad decisions to be followed by good ones regardless of the feedback from instructors. The management at WMB is similarly showing that they’re no better than average at corporate finance.

As usual, their advisers are the smartest guys in the room, finding new ways to shuffle the deck while generating fees. If you’re an equity underwriter, every client looks as if they’d benefit from more equity capital. This is no doubt the type of muddle-headed thinking that has caused Keith Meister, one-time WMB board member, vocal critic and head of Corvex Capital, so much frustration. WMB controls great assets – unfortunately the management isn’t of the same quality.