Nothing exemplifies America’s low natural gas prices more than its flaring where takeaway infrastructure is inadequate. In the Permian basin in West Texas and New Mexico, from where most of the growth in crude production originates, associated natural gas is more often a disposal problem, like wastewater. Oil production has grown faster than expected, leaving gathering and processing systems struggling to keep up. Natural gas is hard to handle. Transportation by truck isn’t common because it has to be compressed, requiring specialized equipment. Mexican utility demand has grown more slowly than planned, and absent pipelines for transportation elsewhere in the U.S., the only remaining option is flaring. 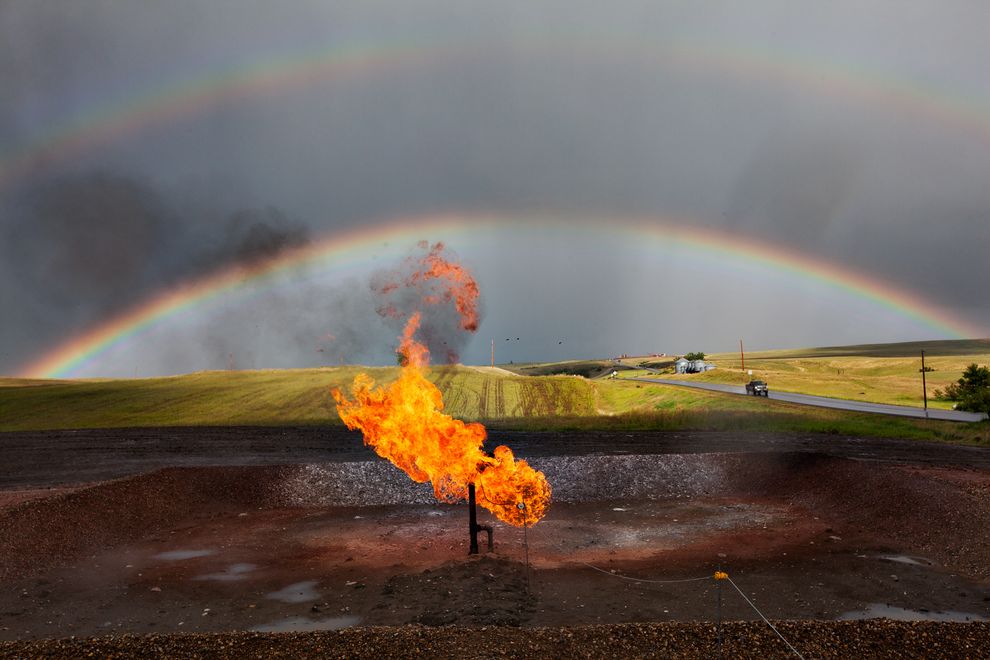 A few years ago North Dakota faced a similar problem. Nighttime satellite photos revealed what looked like a new, brightly lit city in an uninhabited part of the country. Although regulators typically allow flaring for limited periods of six months or so, volumes of wasted gas continue to grow. By one estimate, the natural gas currently being flared in the Permian could power every home in Texas. The Texas Railroad Commission (RRC) regulates flaring permits. Oil drillers routinely request and receive permission for flaring where they can argue that oil can be profitably produced but there’s no take-away infrastructure for natural gas.

In theory, flaring requests can be challenged although they never are. Last week the RRC heard an application which raised an interesting question whose resolution could have a profound impact on such permits in the future. Exco Operating Company, LP sought a flaring permit on the basis of unavailable pipeline infrastructure. Unusually, it was protested by Williams Companies (WMB) who owns a nearby gathering and processing network. You can watch a video recording of the hearing here. Go to Item 9.

It turned out that a gathering pipeline was available to transport the associated natural gas, but Exco felt the economic terms were unfair. As the owner of the only available pipeline, Exco argued that WMB could charge an unfairly high price. Natural gas pricing at the Waha hub in Midland, TX has often been negative this year, meaning gas producers have to pay to offload their output. So it’s likely Exco was balking at pricing that reflected the paucity of options.

This led to an interesting dialogue between the RRC commissioners and representatives of Exco and WMB. The RRC has traditionally been charged with minimizing the waste of oil and gas. Natural gas flaring has been allowed because it’s necessary to access the crude oil. But Exco’s argument was one of economics. Implicit in their flaring request was that disposing of the natural gas would cost them more than its value.

As one commissioner noted, if flaring permits were based on economic hardship, there would be no need to have an approval process because companies would simply flare when that provided a better return than accessing a pipeline. And yet, the RRC is charged with regulating flaring, which means there must be some other, non-financial framework they’re intended to follow.

It was fascinating to watch both lawyers and the commissioners spar over this issue. WMB noted that the pipeline had been built at a cost of $1.5BN in order to gather gas from wells such as Exco’s, and said that Exco could have built their own takeaway pipeline early in the process but chose not to.

The RRC recognized the fundamental question raised by WMB’s challenge to Exco flaring application. It seems that however it’s resolved, it will set a precedent for future applications. Exco’s view would negate the need for the RRC to regulate flaring, since the decision would be a financial one for the company. WMB’s view would require drillers to access a gathering system where available even if pricing was unattractive.

The RRC decided to pass on the case at its first hearing, leaving it currently unresolved. When they meet to reconsider, the result could be far-reaching. If the RRC requires drillers to use available gathering and processing networks regardless of economics, as WMB wants, that would be good for pipeline investors.