Some MLP Investors Get Taxed Twice

There is around $53BN invested in MLPs via ’40 Act funds – the term used to describe the three major types of funds issued under the 1940 Investment Company Act (mutual, exchange traded and closed end funds). It’s safe to say that an important motivating factor driving these selections is investors’ desire to hold Master Limited Partnerships (MLPs) without receiving K-1s. ’40 Act funds issue 1099s, which makes tax reporting simpler. We have warned before about these frogs masquerading as princes (see Are You in the Wrong MLP Fund?)

Providing investors MLP exposure while avoiding the K-1s was once an objective of industry pioneers who identified a new source of capital from retail investors, if only this problem could be solved. Although much energy and expensive tax advice were deployed, an elegant solution remained elusive at that time. All that remained was a decidedly inelegant one – offer retail investors shares in a C-corp, which would hold MLPs and issue its investors a 1099. The significant problem with this solution was that the C-corp’s returns would be subject to Federal Corporate Tax, as with any corporation. The investors in this C-corp would only receive 65% of the result, since 35% would go to the IRS.

Some dismissed this “solution” as impractical. After all, who would knowingly make an investment that could only earn around two thirds of what the assets themselves generate? But the absence of a better (i.e. more tax-efficient) solution frustrated a few, and they redirected their attention away from solving the problem to instead convincing investors that a deeply flawed structure was what they really wanted.

The result is that 83% of the $53BN mentioned above is invested in vehicles that have no hope of ever coming close to earning the return of the MLP sector. A careful reading of prospectuses issued by the offending vehicles reveals wording that is technically accurate while still misleading.

Quite a few claim an objective of results corresponding to their chosen index before fees and expenses. Since ’40 Act funds (outside of MLP funds) are very largely RIC-compliant (which means they don’t pay corporate tax), few MLP fund investors consider that by far the biggest line item in the inferior funds’ list of fees and expenses is taxes.

The Alerian MLP ETF (AMLP), the largest repository of mis-directed capital by poorly informed investors, goes further and says it, “…delivers exposure to the Alerian MLP Infrastructure Index”. Exposure to an asset class is not the same as providing good results from investing in it. The carefully worded prospectuses of AMLP and its tax-hindered cousins are technically correct. But I can personally attest that few holders of such securities are aware that they’ve essentially tied their running shoes together at the start of the race. What’s worse is that the tax expense isn’t deducted from the yield, but comes out of the NAV. So the 7.5% yield on AMLP is before the corporate tax expense is paid. Imagine if a corporation paid all its pre-tax cashflow out in distributions and then wrote another, separate check to the U.S. Treasury, thereby reducing its book value. That’s what taxable C-corp MLP funds are doing.

Pointing out to such an investor the mistake they’ve made is not especially fun, and I’ve had to do it numerous times. It’s somewhat akin to noting the toxic dump near an unwitting home buyer’s recent purchase. The reaction to missing such an obvious value destroyer is usually a combination of embarrassment (at their own evidently shallow research) and anger at being guided towards a fundamentally flawed investment. 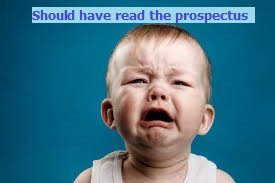 Picking a tax-paying MLP fund is an especially tragic choice when returns have been good, and in some cases very good indeed. Moreover, based on recent fund flows some new investors are making the same mistake. Holders of such funds are accepting the downside risk of the sector while only being able to earn 65% of any upside. This is careless to say the least. By choosing to invest in a fund that splits its profits two thirds/one third with Uncle Sam, these investors are supporting the tax base twice – once, before they get their returns, and again after they pay their own tax obligation on what’s left.

The list of such offending funds is too numerous to include here, reflecting the unfortunate tendency towards highly superficial investment research by too many investors. However, if you look at Morningstar’s list of MLP funds and sort by the 1 Year Return column, the structurally impaired can helpfully be found in an undignified heap languishing towards the bottom. At the top you’ll find the funds who thought enough of their investors to at least provide the non-taxable, pass-through structure they assumed they were buying.

If you’re invested in one of the lousy funds, correct that mistake sooner rather than later. And if your financial advisor has put you in one, you may wish to reassess the depth of research carried out on your behalf.