Life Without The Bond Vigilantes

“The Fed’s an inflation creator, not an inflation fighter.” So said Paul Tudor Jones last week in an interview on CNBC. It’s doubtful that charge has been leveled at the Fed in at least half a century. William McChesney Martin ran the Fed for almost 19 years (1951-70) during a period that set the stage for the inflation of the 1970s, so it’s possible contemporaries were similarly critical. But it’s not a criticism that could have been made of Paul Volcker, Alan Greenspan or Ben Bernanke. Janet Yellen also avoided such a label although as Treasury Secretary she’s a high profile cheerleader of current policy.

Larry Summers also weighed in, expressing concern at the Fed’s apparent embrace of climate change and income inequality as policy issues that should concern them. Summers argued the Fed should stick to their core mission of monetary policy – a task he believes they’re not mastering at present. 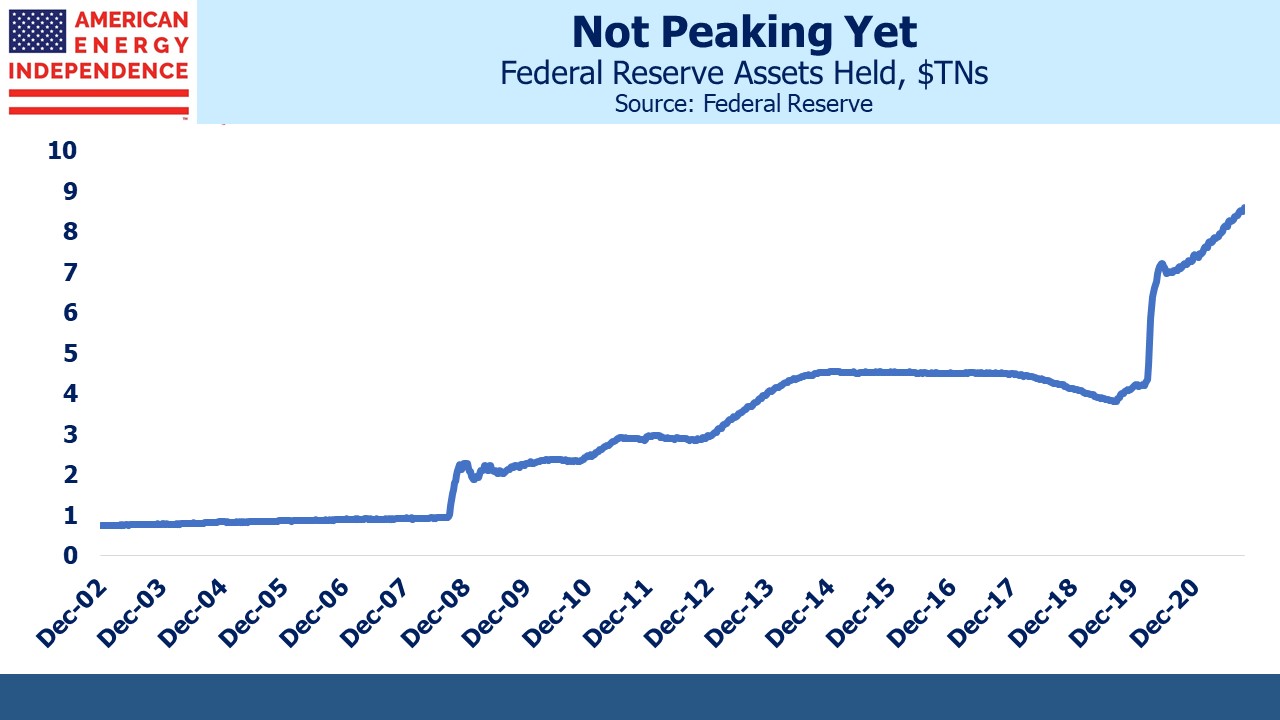 Faster tapering is the obvious change required of Fed policy. The Federal Reserve balance sheet sits at a record $8.5TN. Current expectations are for the Fed’s $120BN of monthly bond buying to be reduced by $15BN per month before the end of the year, which means they’ll add almost another half a trillion dollars to the world’s biggest balance sheet in the meantime.

It’s increasingly clear that the supporters of current monetary policy are an exclusive group living within the DC beltway and attending Democrat cocktail parties. Inflation doesn’t benefit any specific income group, but higher interest rates are never sought by the party in power and the Fed’s management of monetary policy no longer appears independent. 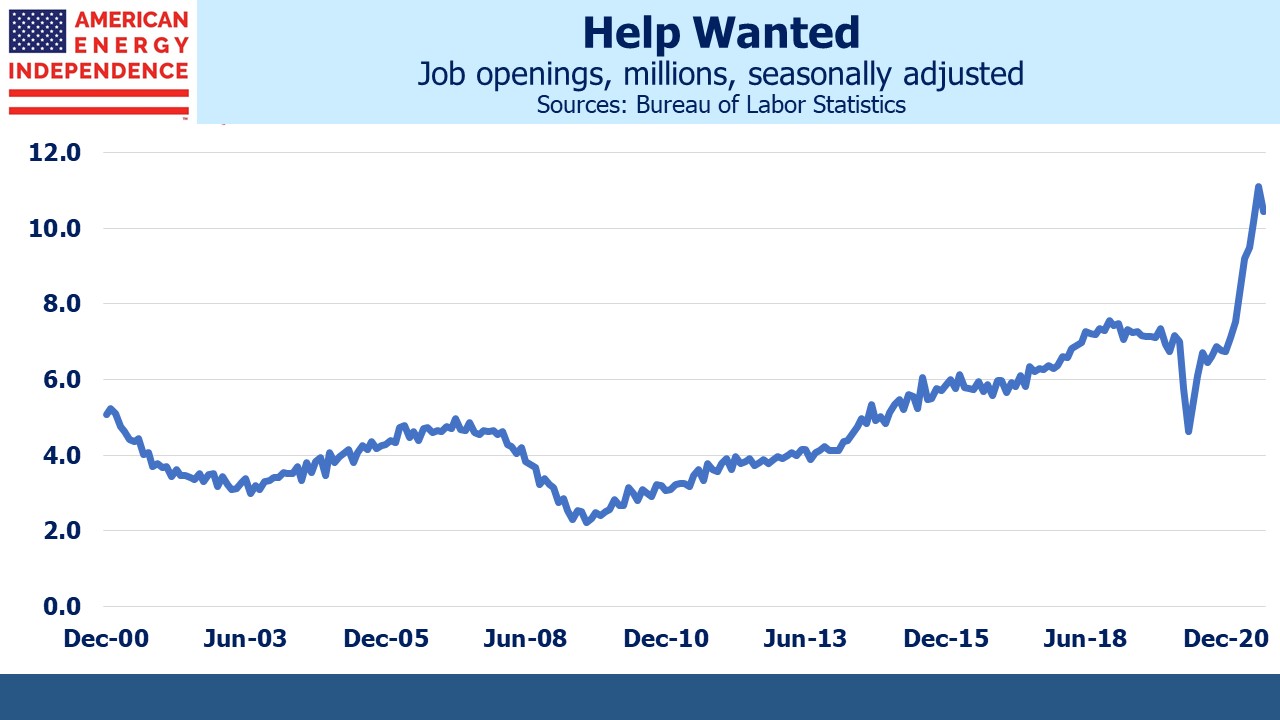 Job openings hit a new record in July — like the Fed’s balance sheet, this metric has doubled since the lows of Covid. The symmetry is compelling and one more confirmation that hiring is vibrant. Measuring the unemployed is straightforward since they file for unemployment – counting open jobs understates demand for workers, because many jobs aren’t advertised. Therefore, the unemployed usually exceed open jobs – which makes today’s situation so unusual. 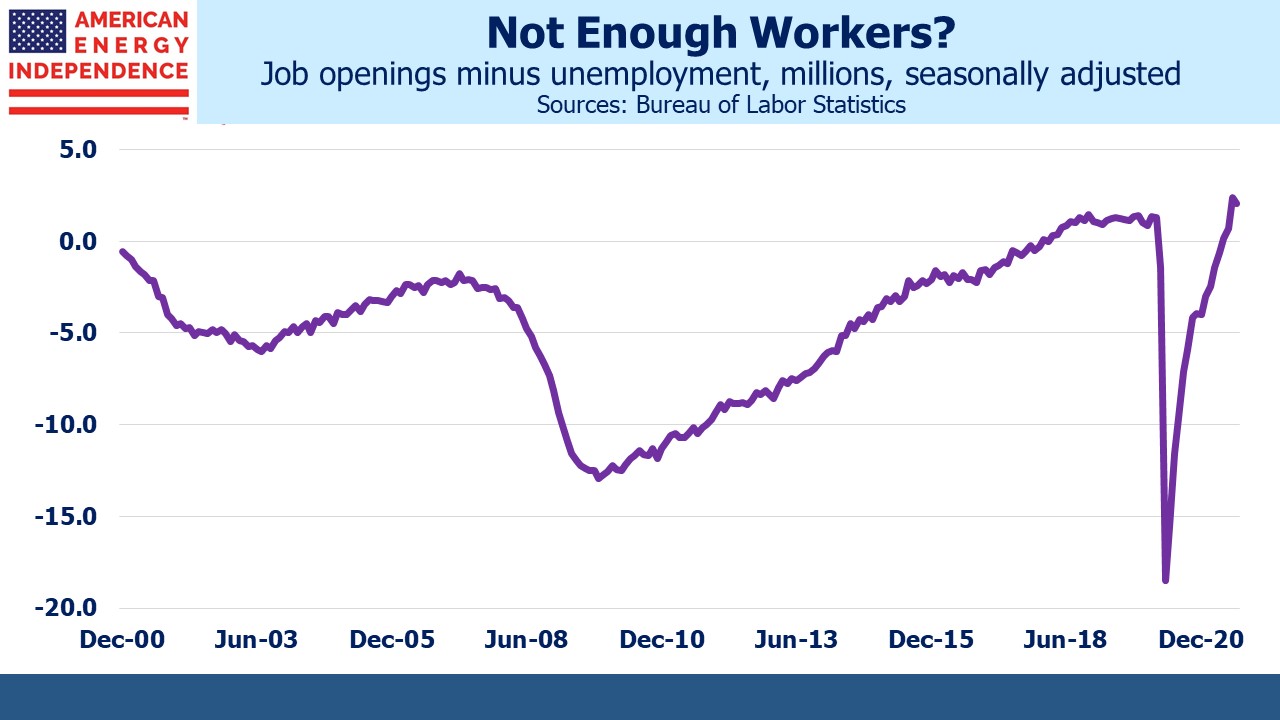 With nearly 11 million positions open, the highest on record, and 8 million unemployed, it strongly suggests a mismatch between skills or location. Neither of these can be resolved by the blunt instrument of monetary policy.

In the past, a combination of rising inflation, tight labor market and easy monetary policy would have sent bonds into a tailspin. I well remember how in the summer of 1987 incoming Fed chair Alan Greenspan was regarded by some as a lightweight, unwilling to impose the tough interest rate medicine of his predecessor Paul Volcker. Establishing one’s “inflation fighting credentials” required responding to the bond vigilantes. 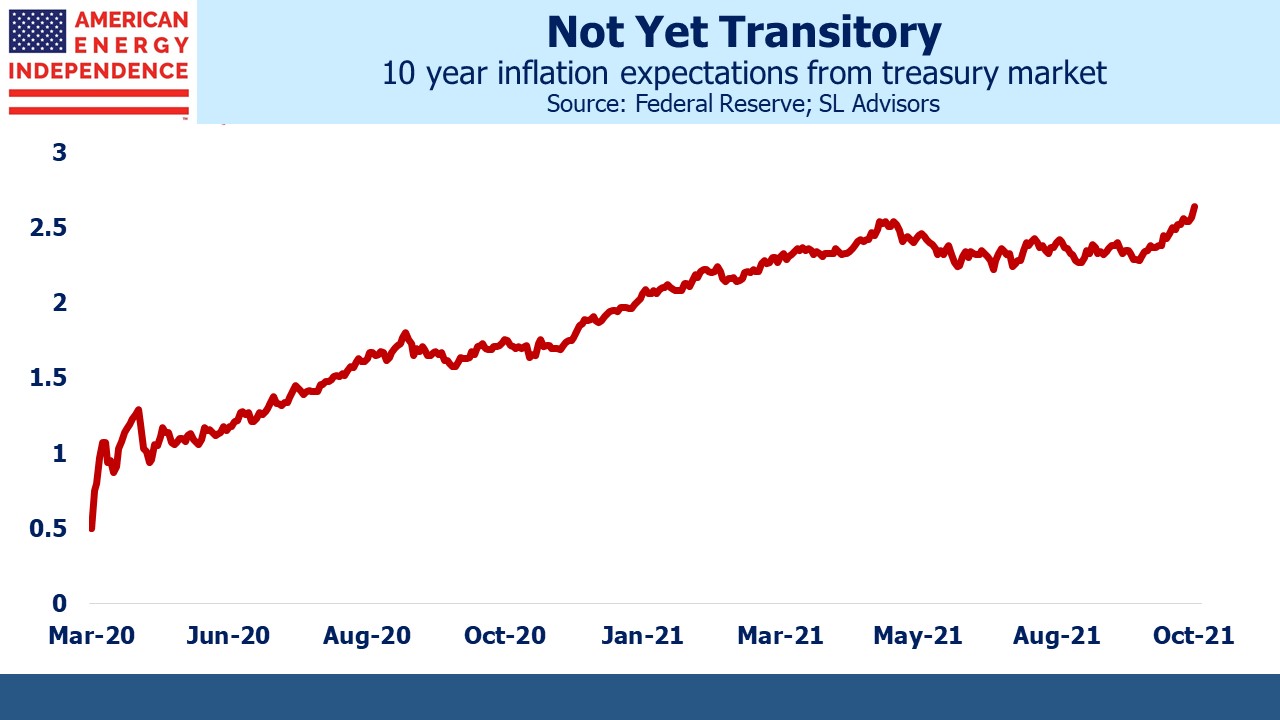 That’s no longer the case. Bonds long ago ceased to offer any value for return-oriented investors. Today’s buyers are central banks and others with inflexible investment mandates. Inflation doesn’t seem to curb their demand. Therefore, today’s FOMC is under no market-oriented pressure to respond to rising inflation fears, because bond yields remain low. Markets are nonetheless pricing in a faster tightening of monetary policy, as if the Fed’s transitory narrative on inflation will be abandoned. Low real rates, helped in part by the Fed’s own buying of bonds, are muting the messenger which affords them a more leisurely normalization of policy than might otherwise be the case. 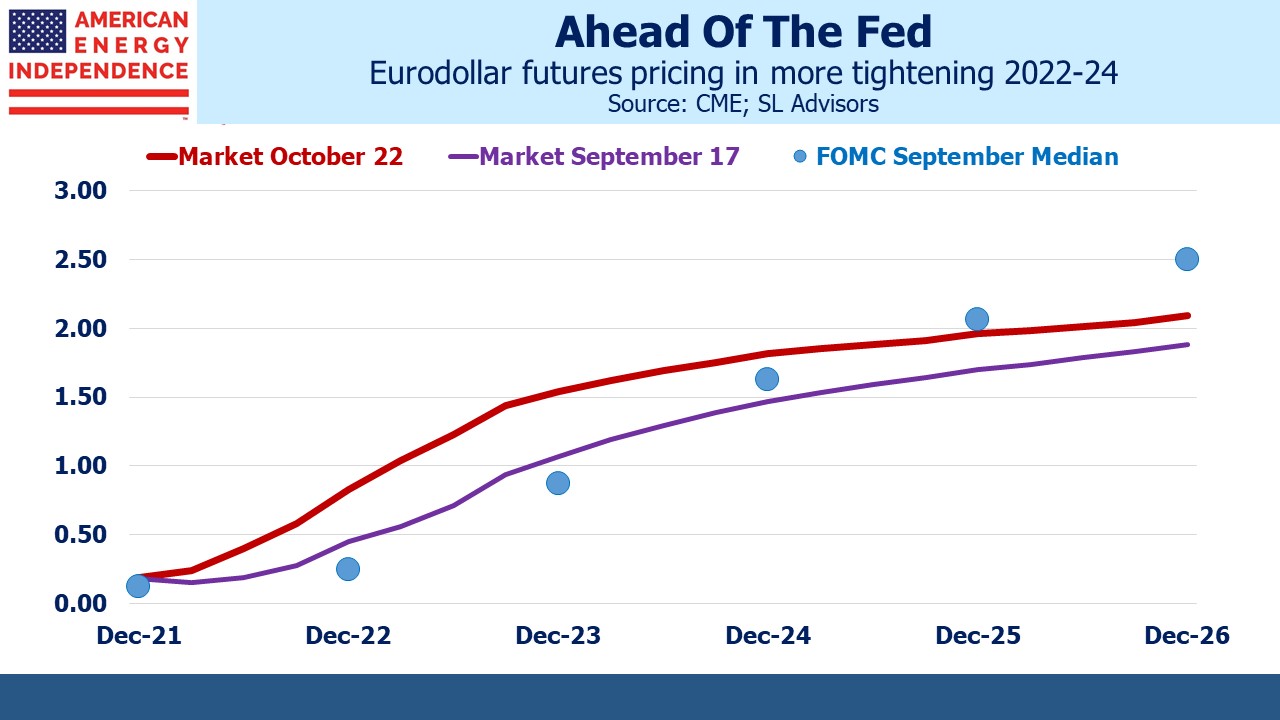 Tightening sooner means less later. The yield curve has been flattening sharply, pricing in monetary policy more than 0.5% tighter than the FOMC’s projections within two years, yet lower than FOMC projections by 2025. It reflects the possibility of a policy error – the yield curve can be interpreted as warning of overly aggressive monetary tightening causing a slowdown in growth.

Fed officials have had little to say recently on this adjustment — future comments will need to either move away from the transitionary narrative or confirm they’re still comfortable.

Moreover, negative real yields on bonds mean that persistent inflation poses less of a financing problem for the Treasury — if inflation settled in at, say, 4%, today’s TIPs yields of –1% suggest the cost of US debt would gravitate towards 3%, which doesn’t seem that onerous.

It’s not hard to find support for modestly higher inflation (see America Needs Higher, Longer-Lasting Inflation for example), and if the government remains able to finance its enormous debt at rates below inflation, that could be an attractive outcome. The losers would be holders of low-yielding debt, which is foreign central banks, sovereign wealth funds and pension funds – not a group likely to attract much sympathy.

The bottom line is rates seem likely to rise slowly. Bond market concern about inflation is limited by return-agnostic buyers, and the FOMC has made clear their willingness to risk inflation for numerous objectives not limited to employment. Don’t look to this Fed to protect the dollar’s purchasing power.