In a single week in mid-November, from 15th to 22nd, $317MM flowed out of MLP mutual funds. It was an extraordinary exit over such a short period, second only in recent history to the first week of December 2015, when $340MM bolted. That was a time when every seller was motivated while buyers were scarce. Within two months the sector bottomed and began the glorious 2016 rally.

Nonetheless, the collective mutual fund exit in mid-November represented fully 1.5% of the $20BN in such funds.  In its way it was a run on the bank, punctuated by the apparent absence of a crisis anywhere else. Over that same time period, the S&P500 rose 0.7%, the S&P Energy Sector ETF (XLE) rose 0.5% and the Oil Services ETF (OIH) rose 1.5%. MLPs underperformed all of these, as they usually did in November, dropping 0.2%. For the month as a whole, redemptions totaled $473MM, more than 2% of the assets held by MLP mutual funds.

Earnings season had passed. Big fundamental news was sparse. Oil jumped from $55.50 to $58 on hopes of an extension to OPEC’s production cuts, further confusing MLP investors who learned to fear oil’s moves when it was falling and find the recent rally especially galling. Most notable that week was the announcement by Norway’s $1TN sovereign wealth fund of plans to divest from oil and gas stocks by the end of 2018 – a wholly sensible idea given the source of their wealth is natural gas. Most parts of the energy sector rose in the days following this announcement, whereas MLPs reacted as if Norway’s entire divestiture was going to fall on them. For this and other reasons, 1.5% of the capital in MLP mutual funds saw enough to exit. Oil and energy stocks were higher but MLPs weren’t, challenging equity analysts to explain the inexplicable. Understanding the 2017 performance of energy infrastructure stocks so clearly lies with the investors, not the operating companies.

Some investors are selling to create tax losses with which to offset gains elsewhere in their portfolios – it’s been a good year if you’ve had any kind of diversification away from energy. The progress through Congress of tax reform has created some uncertainty. With little sensitivity to PTSD-suffering MLP investors, Bloomberg ran an article unhelpfully titled The Senate Tax Plan Sets a Trapdoor for MLPs. Corporate taxes are coming down; while Congress deliberated, it was unclear whether MLP investor tax liabilities might benefit from pass-through treatment (a lower rate), or  not. But there never was a plan to increase taxes paid by MLP holders, although Bloomberg had a good headline.  Nevertheless, for much of November MLPs faced some uncertainty about their ultimate tax treatment. Such is current sentiment that many potential buyers were inclined to wait for clarification while sellers often opted for immediate action. In this sector but few others, those holding securities hold greater conviction about their disposal than do holders of cash about its deployment. Late Friday night, Republicans passed the Senate Tax Bill and included a 23% deduction for pass-through entities. With a big pass-through cut in the House bill as well, MLP investors can now be optimistic they’ll receive a favorable tax outcome. 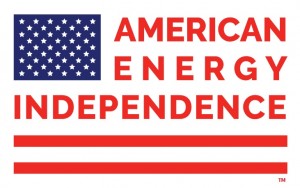 MLPData had some interesting figures supporting the gradual exit of traditional MLP investors from the sector. They report that last year 9MM K-1s were issued, down from 11.1MM in 2009. Moreover, in 2016 only 27% of those went to individuals compared with 33% the prior year. There are fewer MLPs as we’ve noted before (see The American Energy Independence Index), since most of the big ones have concluded they’re not a good source of growth capital. Increasingly, energy infrastructure is owned by regular corporations (“C-corps”).

Some people interpret this shift as demonstrating greater institutionalization of MLP ownership via ETFs and mutual funds. But we disagree – the money those funds are investing is still largely retail. These funds widened the investor base by providing MLP exposure without a K-1, albeit usually with dreadful tax inefficiencies (see Some MLP Investors Get Taxed Twice). The big difference is that 1099 investors don’t possess the long term perspective of a K-1 investor, because ’40 Act funds don’t come with the same tax deferral opportunity. The resulting broader investor base is less tax-motivated, and therefore more inclined to trade their positions. Energy infrastructure used to be the exception – the transition away from traditional, K-1 tolerant investors with long holding periods has created one of the market’s most volatile sectors.

If you need to experience extreme schadenfreude before buying, energy infrastructure provides a target-rich environment. The rally late last week was long overdue and shows some signs of improving sentiment although valuations remains depressed. The positive fundamentals are exceptionally well known to current holders, starting with America’s march to Energy Independence powered by the Shale Revolution (see Energy Production Supports MLP Outlook). It represents American capitalism at its very best (see America Is Great!). Fundamentals are improving, leverage is coming down and valuations reflect excessive pessimism. Many current investors are confused. It was a volume business but higher volumes no longer help. It became a crude-oil linked business until oil rose.  OPEC uncertainty, pass-through tax treatment concerns, MLP seasonals, tax loss harvesting, price technicals, and fund flows all weighed on sentiment. For quite a few in mid-November, confusion overwhelmed conviction. Those sales looked smart at the time. As tax loss selling abates, the calendar turns and the U.S. breaks more records in hydrocarbon production, the good feelings will be fleeting.  Aleviating concerns, on Thursday, OPEC extended production cuts until the end of 2018 and signaled a strong commitment to cooperation among leading members. Passage of tax reform has further provided much improved clarity as well as a boost to after-tax returns. Sentiment and prices have every reason to continue improving.