If not today, then within a few weeks the Federal Reserve is likely to acquiesce to President Trump’s call for lower rates. Ten year U.S. treasury yields are low by most measures at 2.05%, but they’re the highest in the G7, and even higher than Greece’s. The President has criticized Fed policy as creating unnecessary headwinds to the economic boom his policies have created. 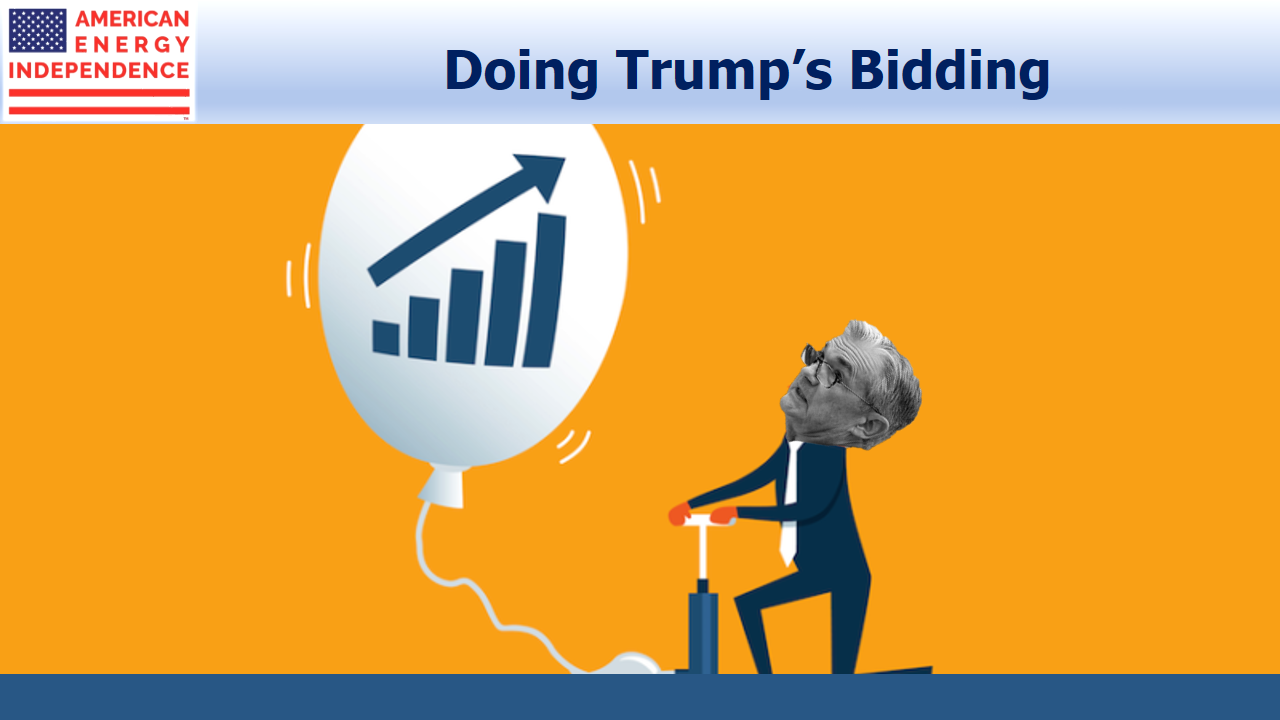 Trump is obviously talking his book. With the unemployment rate below 4% for a year and hourly earnings growing at 3.1%, the economy is not obviously in need of stimulus. Inflation continues to remain below the Fed’s 2% target. The Phillips Curve, which posits that you can have low unemployment, or low inflation, but not both, long ago ceased to explain the world.

There are an unusual number of macro uncertainties that the Fed must consider.

The ongoing trade dispute with China is hindering growth, and not just in China. Germany recently halved its forecast 2019 GDP growth forecast, to 0.5%. We think it’s likely the U.S. will close a deal with China in time for the economy to show a benefit heading into next year’s Presidential election.

Tensions with Iran seem to have eased recently, and crude oil has slipped by $5 as the possibility of a closing of the Straits of Hormuz has receded. Iran is likely to avoid direct confrontation with the U.S., and election calculations similarly suggest that Trump will avoid anything that could become a lengthy military engagement. The possibility of accidental confrontation remains, but this issue is for now lurking in the background.

Brexit continues to be an absorbing spectacle of self-destruction by a country enduring serial poor leadership. Although Conservative PM Boris Johnson claims that the UK is leaving the EU on October 31 with or without a deal, this seems unlikely. Parliament has voted against a hard Brexit, and as many as 30 Conservative party MPs, including former Chancellor of the Exchequer Philip Hammond, have vowed to ensure the country doesn’t leave the EU without a deal. Moreover, the PM doesn’t have a mandate for a hard Brexit, since the referendum offered a simple choice and none of the senior Brexit campaigners advocated it.

PM Johnson endured booing crowds on a recent visit to Scotland, where voters chose Remain three years ago. A rocky visit to Northern Ireland looms, whose population is also facing the prospect of being dragged unwillingly out of the EU by the English majority. Brexit is now the defining political issue in Britain. Ask where someone lives (i.e. urban vs rural) for a good guess at where they stand.

Assessing the precise economic impact of a hard Brexit is tricky. There’s plenty of historical data on countries joining trading blocs; far less of countries leaving, because as The Economist dryly notes, “…this rarely happens.” But the downside risk to the UK is substantial, and the impact might ripple across the world. Fed chair Jay Powell has cited Brexit as another potential threat to economic growth.

It’s quite possible that the October 31 deadline could pass with the UK still in the EU. Parliament is likely to prevent a hard Brexit, and the EU won’t simply eject the UK, much as many may wish to. A general election might resolve the issue, and if parties opposed to a hard Brexit (Labor and Lib-Dem) are victorious, a second referendum could reverse the first. Britain isn’t yet out of the EU, and there are several more scenes to play out.

Finally, one more risk that’s coming over the horizon is the 2020 election. It looks like Trump’s to lose, but with over fifteen months to go a lot can happen. At some point, it’s likely Trump’s re-election will look in doubt – either because the Democrats abandon their idealism and pragmatically opt for an electable candidate, or because a new presidential scandal erupts that sticks. Stocks are likely to react poorly, and a nasty presidential election that reflects badly on all concerned is probably in store.

With all these risks to consider, who can blame the Fed for taking out a little bit of insurance by lowering rates.