There were three stories last week that can best be characterized as providing energy realism. The fire at Freeport’s LNG facility sent US natural gas prices skidding, with the loss of 2 Billion Cubic Feet per Day (BCF/D) of export capacity. Freeport warned it’ll be at least three weeks before operations can resume – meaning 2BCF/D of additional natural gas in the US domestic market. Dutch TTF gas futures similarly rallied on fears of reduced supply. But both markets later reversed their initial move. 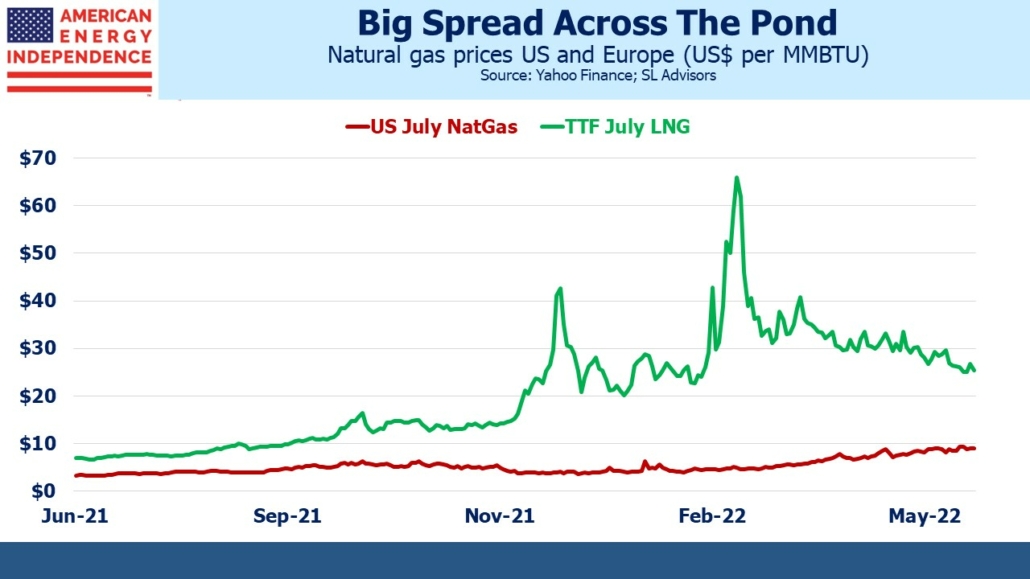 Nonetheless, the spread between the two is far wider than the cost of transporting LNG across the Atlantic. The US is currently able to export around 12 BCF/D. LNG export facilities take several years to build, so there’s no near term prospect that cheap US natural gas will solve Europe’s energy security problem.

Over the next couple of years capacity will increase slightly, but within five years we should have the ability to deliver a further 10 BCF/D based on projects that have reached Final Investment Decision (FID). 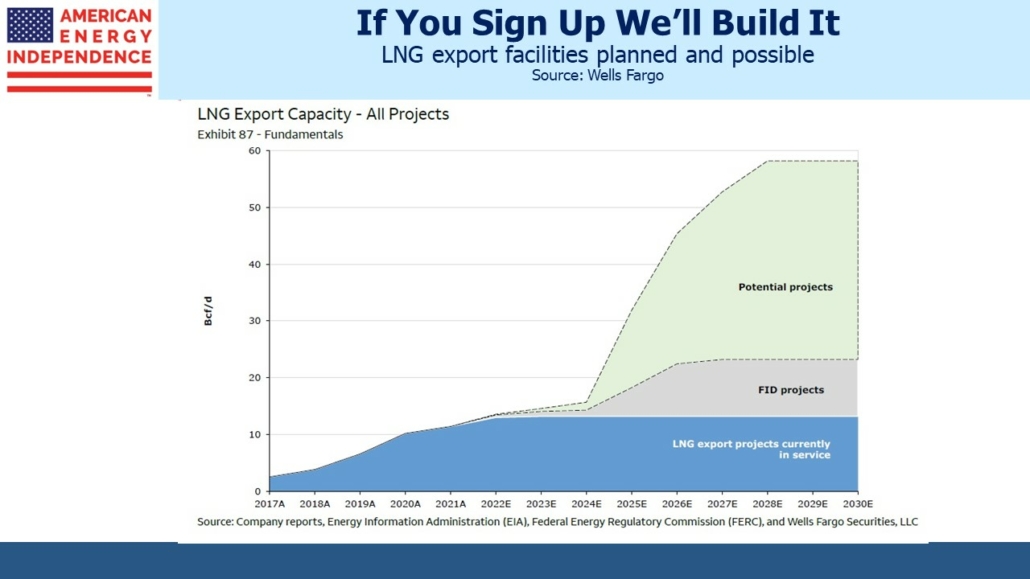 Negotiations with potential buyers over the next couple of years will determine how far we go beyond that 22-24 BCF/D. If all the potential projects get funded, by the end of the decade exports could be almost 5X what they are now. Much depends on the willingness of buyers to make long term commitments. Cheniere has contracts of 20 years or more with highly rated buyers.

There’s no alternative use for a liquefaction facility, so customers have to be lined up before construction begins. US natural gas prices have been largely insulated from higher global prices because of export limitations. This will gradually change in the years to come, narrowing the gap to the benefit of US natural gas producers.

A second story worth reading concerns OPEC’s limited spare capacity. Crude oil continues to drift relentlessly higher. US motorists may complain about high prices at the pump, but they are low compared to most other countries. The current $5 per gallon would need to be $8.50 to compare with much of western Europe.

At some point demand destruction will become more apparent – but so far US states have been temporarily suspending gasoline taxes (ie New York) while the White House has resorted to ineffectually releasing oil from the Strategic Petroleum Reserve and seeking help from Saudi Arabia. Meanwhile demand continues to set new records, with global consumption expected to exceed 100 million barrels per day next year.

This is another example of the shallow support for efforts to combat climate change. Decarbonizing our energy means higher prices – obviously, or we’d already have done it. But Democrats fear a public backlash over higher prices even when they can plausibly shift at least some of the blame to Russia.

Deliberately engineering higher prices, via a carbon tax for example, is how we’d accelerate the energy transition. But there’s no support for that, so policy relies on vilifying the producers of reliable energy while claiming that solar and wind are ready to electrify everything with cheap energy and lots of union jobs.

This is why Democrats have improbably been so great for energy investors. They’re dissuading investments in new production and infrastructure, causing higher prices.

The huge weakness with solar and wind is their low, intermittent output. Solar panels and onshore windmills typically generate power around 20-25% of the time. Offshore wind is 30-40%. Combined cycle natural gas plants run at 90-95%. The result is that increased use of intermittent energy requires greater overall capacity.

The purist view that solar and wind will solve every problem risks energy shortages in places like California. Coal to gas switching and increased use of nuclear power are the two best paths to lower CO2 emissions. US natural gas stands poised to help other countries emulate the reduced emissions we have achieved over the past decade. 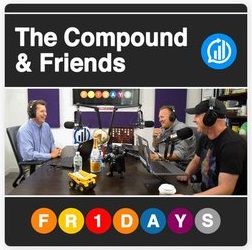 In other news, I had the great pleasure of joining Josh Brown and Michael Batnick on Episode 50 of their show The Compound And Friends. We had a wide-ranging and fun discussion of markets. The episode is appropriately titled The Energy Bull Market Just Started. Josh and Mike are great hosts whose genuine interest in this guest’s opinions made being on their show utterly self-indulgent.