As the world’s leaders meet in Egypt at the COP27 climate change conference, there are reasons for optimism among those who yearn for a pragmatic approach to reducing global Green House Gas emissions (GHGs).

The Economist magazine front covers over the past couple of years provide an evolving perspective from one publication that likes to think of itself as a thought leader. In 2020 clean energy was expected to remake geopolitics; the energy shock of 2021 was well underway before Russia invaded Ukraine. Notwithstanding the White House narrative, high gas and gasoline prices are not solely Putin’s doing. 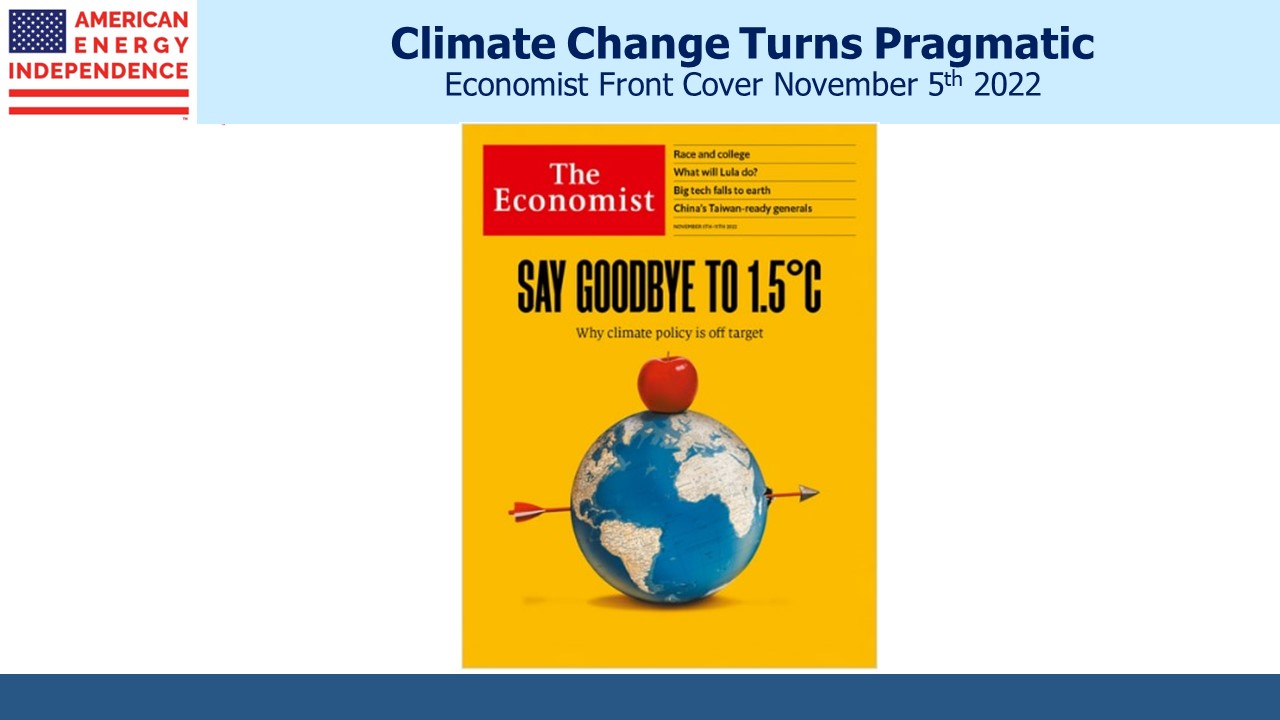 Today there’s a growing recognition that the extremist approach championed by left-wingers and the Sierra Club is an abject failure. The purist solution of having the world transition rapidly to solar and wind is being shown to be a technical and commercial impossibility. Developing nations, responsible for all the growth in global energy consumption, and thereby emissions, aspire to western living standards more than they worry about climate change.

The loss of Russian natural gas exports to the EU did not cause a dash for more windmills. Instead, Germany has snapped up all the available floating storage and regassification units available worldwide to import Liquefied Natural Gas (LNG). The construction of permanent onshore facilities with greater capacity is underway. 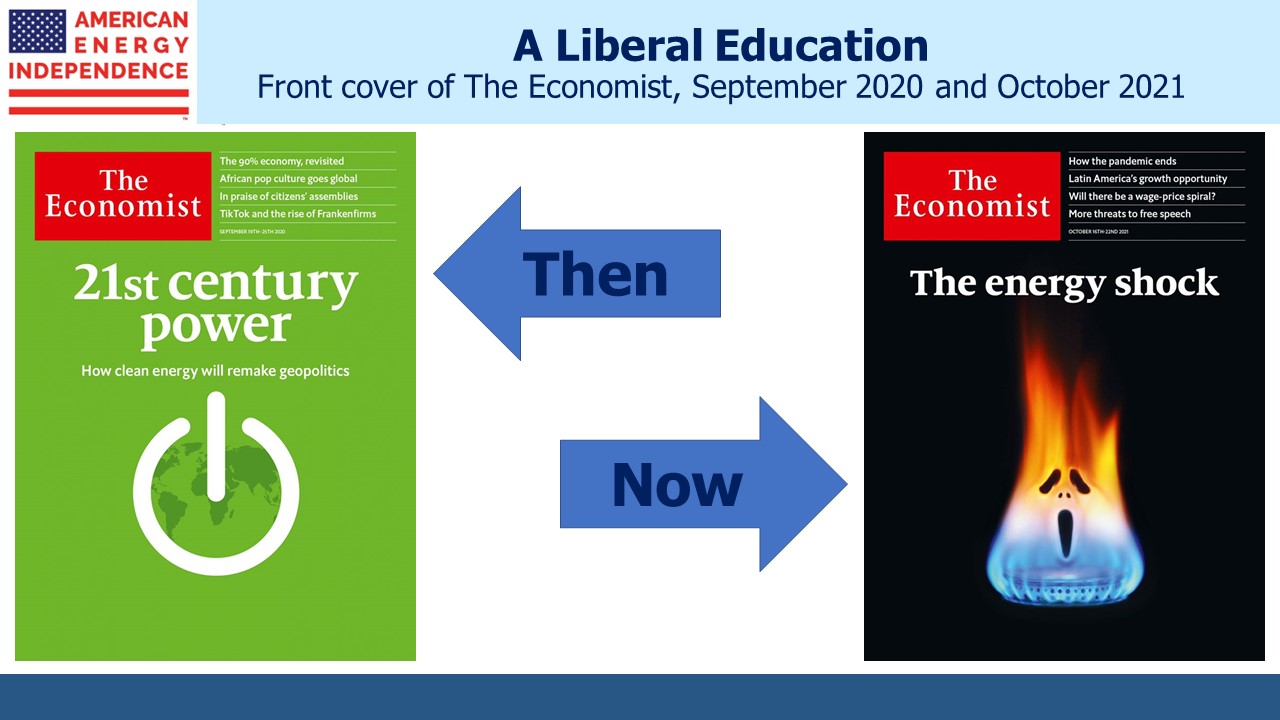 The rich world’s desire for lower GHG emissions hasn’t been matched by promised cash payments to help developing nations upgrade their energy infrastructure. Since the 2015 Paris agreement OECD nations have failed every year to deliver $100BN in promised climate finance. It shouldn’t be a surprise; US politicians have rightly concluded there are few votes in writing big checks to China and India where official policy is to maintain GHG growth at least until 2030.

As Namibia’s petroleum commissioner, Maggy Shino, said, “If you are going to tell us to leave our resources in the ground, then you must be prepared to offer sufficient compensation, but I don’t think anyone has yet come out to make such an offer.”  Speaking on the sidelines of the COP27 in Egypt, Saudi Arabia’s energy minister Prince Abdulaziz bin Salman said: “The world is hoping to crucify us.

Reliable energy is well represented at this year’s conference, with a record 636 lobbyists registered to attend. This is a positive development, because the industry best positioned to help guide the energy transition is the one that provides 80% of the world’s energy today. Nowadays, The Economist talks of adapting to climate change as much as mitigation. An increasingly pragmatic assessment will lead to increased use of natural gas at the expense of coal, the dominant fuel for many poorer countries because it’s easily burned for power generation. Growth in demand to support rising living standards also means that coal plants in developing countries are younger and have a longer remaining useful life.

Mexico also has ambitious plans to become an export hub for LNG, the supply for which will be US since Mexico produces almost no natural gas of its own. Six of eight proposed export terminals are located on Mexico’s Pacific coast where they would offer sharply reduced travel time to Asia compared with Cheniere’s terminals in Louisiana and Texas. Opposition to proposed LNG export terminals in California and Oregon spurred renewed interest in Mexico. Pembina dropped plans to build Jordan Cove in Oregon following local opposition.

The two-day market rally following Thursday’s better than expected CPI report took the S&P500 6.5% higher. Equity buyers eagerly await anything that suggests the Fed may moderate its tightening cycle. FOMC members were quick to welcome the news, showing that they also would like the data to allow a policy shift.

However, inflation remains a long way from the Fed’s target. The most recent Employment Cost Index is increasing at a 5% annualized rate. Persuading workers to accept 2% raises is critical to getting inflation back to that level, although this means millions of people accepting a drop in real living standards. The pipeline sector may offer a way to protect against inflation that remains stubbornly high.