We’re not the first MLP investors to be puzzled by sector weakness in the face of growing oil and gas production. This was visible most clearly on Wednesday, when a sharp drop in crude following inventory numbers caused similar drops in many MLPs. Crude prices are weak precisely because of the success of technology in lowering costs, most obviously in the Permian in West Texas where most of the growth in output is occurring. Higher than expected U.S. production is mitigating the impact of OPEC’s production cuts. This ought to be bad for producers of conventional crude oil elsewhere in the world, and good for the owners of U.S. energy infrastructure handling greater volumes. So far, that hasn’t been the case. 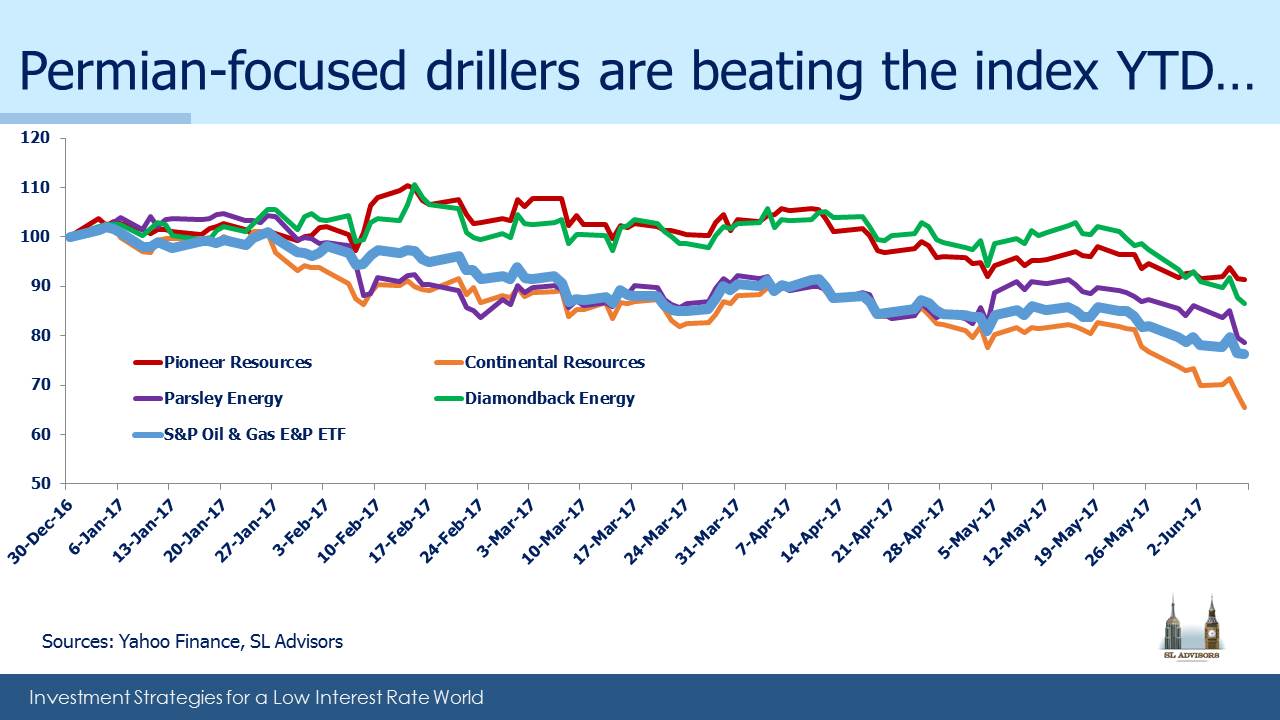 Moreover, Permian-exposed Exploration and Production (E&P) companies are faring better than the MLPs that service them. This year MLPs with Permian exposure have lagged the Alerian Index. With rising output depressing prices, one might conclude that investors regard any increased utilization of infrastructure assets as temporary. Low crude will eventually feed through to reduced production and commensurately less need for pipeline and storage capacity. At odds with this view, the U.S. Energy Information Administration recently raised its 4Q18 forecast of output to 10.2 Million Barrels a Day (MMB/D), up from their 9.4MMB/D forecast of only four months earlier. 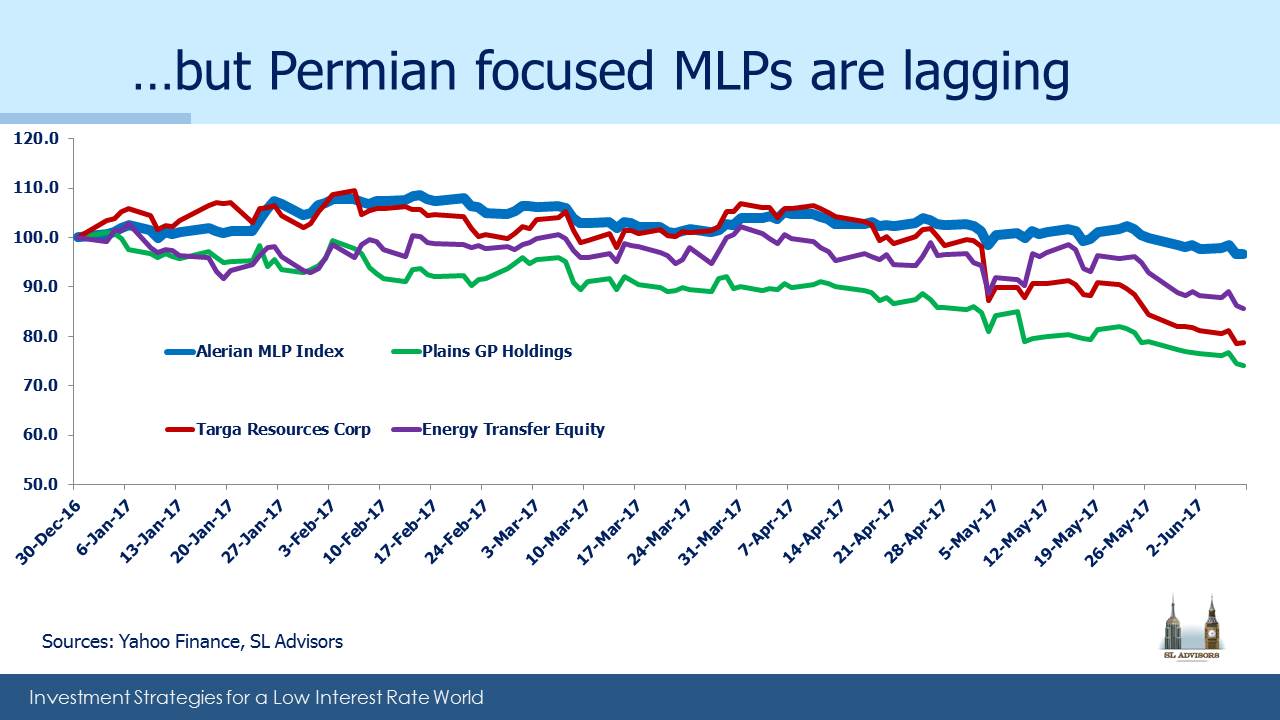 MLP investors may not believe this will happen. And yet, within the  E&P sector, those E&P companies with significant exposure to the Permian are outperforming the E&P index. Pioneer Resources (PXD) is outperforming all three MLPs we’ve highlighted, while Plains GP Holdings (PAGP) is underperforming all but one of the E&P names.

It seems that MLP investors and E&P investors are drawing sharply different conclusions from the same set of data on oil production. Or more precisely, potential MLP investors are declining to commit capital because they assess the outlook differently from E&P investors. At some point these views will have to reconcile, which we expect will result in higher MLP prices. 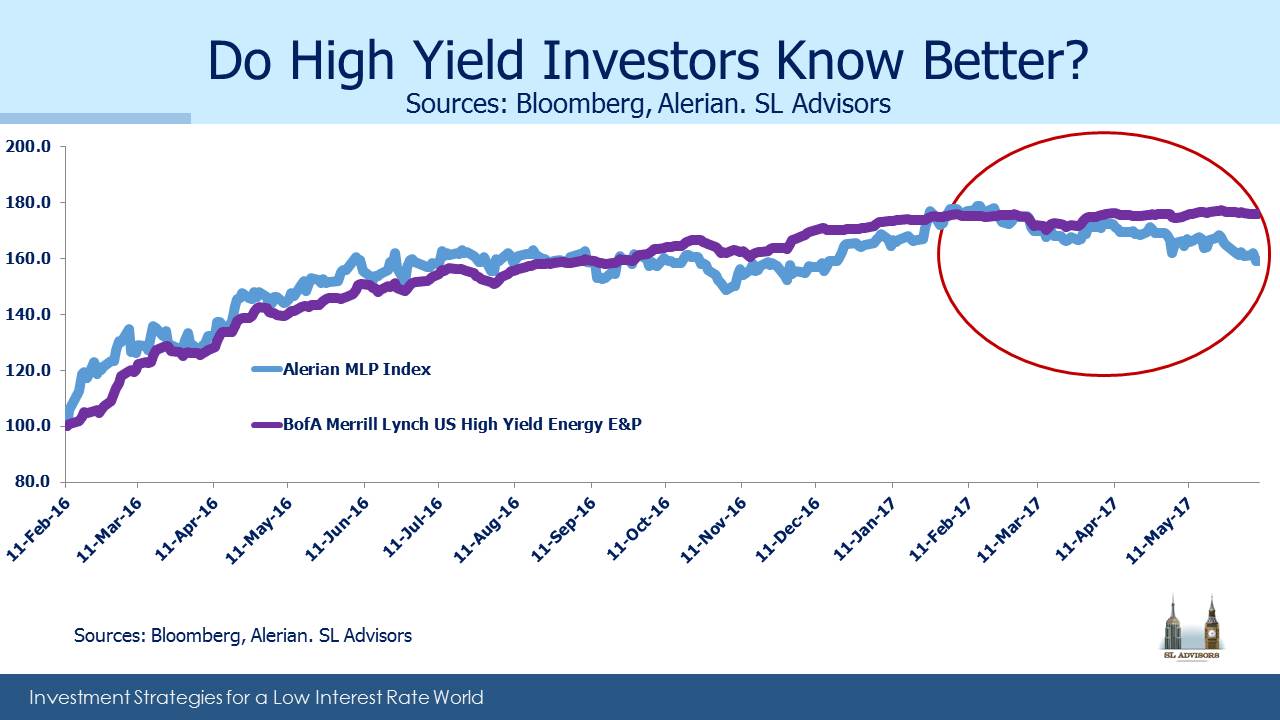 There’s a similar divergence with bonds. Since the low in the energy sector on February 11th last year, the High Yield E&P sector and MLPs have roughly kept pace with one another. Over the last few months they have diverged, with MLPs underperforming. Since E&P companies are generally MLP customers, it’s odd for the prospects of the customers to be improving without a positive knock-on effect for MLPs. But for now, that is what’s happening. The same data on output is supporting different conclusions by various investor types.