Few sectors are immune from coronavirus fears, and energy is no exception. Although U.S. midstream energy infrastructure is overwhelmingly domestic, growing oil and gas exports have increased business sensitivity to global export demand.

Liquified Natural Gas (LNG) prices for Japan and South Korea (the Japan/Korea Market, JKM) have fallen dramatically in recent months. This was initially driven by weak U.S. prices because of the glut of domestic natural gas. Softening demand due to coronavirus has added to this. 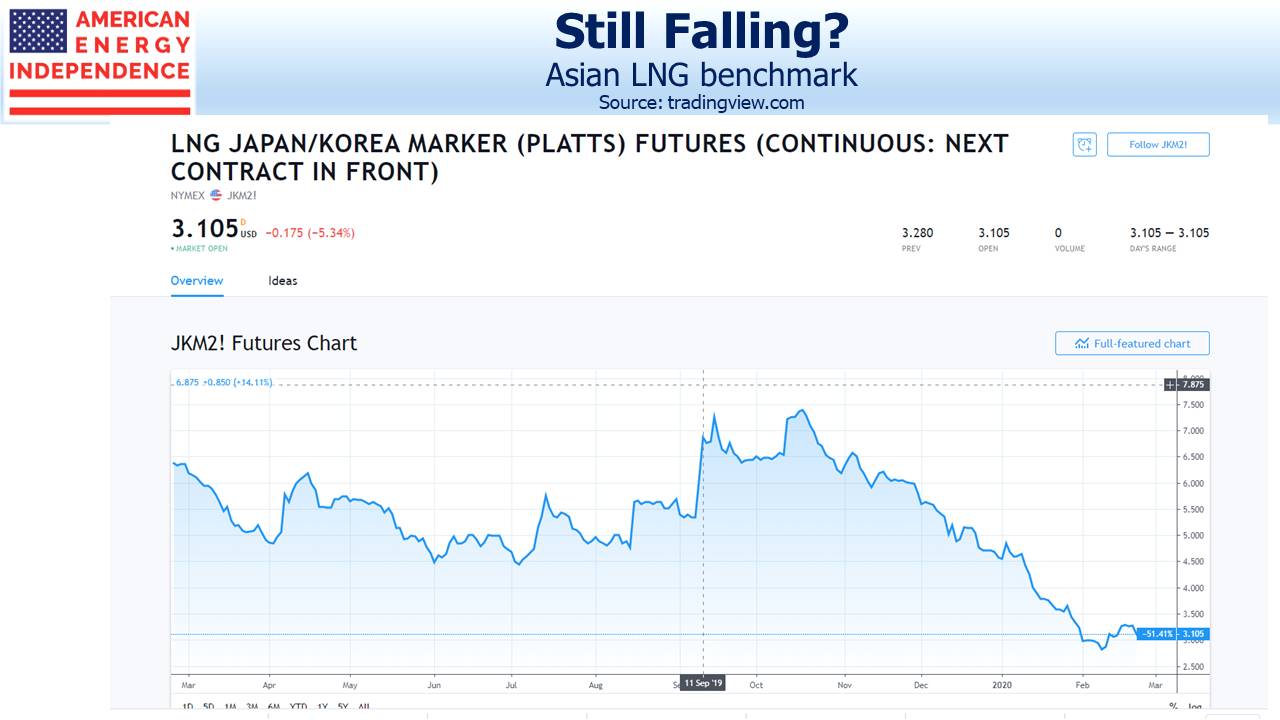 Consequently, Cheniere Energy Inc. (CEI) had fallen more than most, down 16.7% YTD through Monday prior to earnings, and substantially worse than the American Energy Independence YTD at -6.5%. CEI has always asserted that their business model limits their exposure to LNG prices, since they typically don’t take delivery. Nonetheless, canceled shipments and softening demand would still be expected to hurt.

Coronavirus wasn’t a factor in 4Q earnings, so investors were more interested in the outlook. Although CEI reaffirmed 2020 EBITDA guidance, at $3.8-$4.1BN, in their comments they noted it was tracking towards the lower end of the range. LNG shipments are similar to pipeline take-or-pay contracts, in which shippers have to pay for capacity whether or not used. For now anyway CEI expects a muted impact over the full year, although they did note two April shipments had been cancelled. Asia used to dominate LNG trade, but last year European provided most of the demand growth, reaching 50% of all U.S. LNG exports in 4Q19.

On the earnings call, CEO Jack Fusco noted several highlights, including their 1,000th LNG cargo. It took less than ten minutes to get to the ESG slide – Fusco correctly noted that switching from coal to natural gas for power generation is one of the most meaningful steps countries can take to lower CO2 emissions. China, which burns half the world’s coal, is where such efforts must start.

CEI’s stock opened higher, but slid during the day on comments from the call as well as the market’s broad-based slump. It’s still too soon for investors to look at fundamentals; coronavirus dominates every move.