​To be an SEC-registered asset manager is to submit to extensive rules of behavior, all with the objective of protecting the clients. Where a portfolio manager invests personally alongside her clients, creating a desirable alignment of interests, regulations require that the client’s interests are placed ahead of the manager’s. The asset manager has a fiduciary obligation to the owners of the capital under management, and a web of regulations exists to this end. CFA charterholders agree to additional obligations regarding ethical behavior and the primacy of clients’ interests.

The recent offer from Blackstone (BX) to acquire the 56% of Tallgrass Energy LP (TGE) it doesn’t already own at $19.50 per share has revealed an ethical gulf between prevailing standards at the providers of capital versus the users. No SEC-registered asset manager could do to its investors what TGE management is doing to theirs.

When BX acquired 44% of TGE in January at $22.43, a regulatory filing of a sideletter outlined an unusual arrangement under which, if BX bought the rest of TGE within a year, TGE management could sell their shares at $26.25.

In April, TGE CEO David Dehaemers fielded questions as to whether this arrangement created a risk that BX might take advantage of weakness in TGE shares to buy the rest of the company cheaply. He was adamant that, “…there is no intention of Blackstone doing anything here untoward.” Dehaemers went on to note that, “I’ve still got $50 million and invested in that. And that is from money that I put in this thing. It’s not restricted stock in fact I’ve never gotten a share of restricted stock in the last seven years at this thing.

“And so I didn’t leave $50 million in this thing to lose money and that just simply [isn’t] going to happen.”

These comments led investors in TGE to erroneously believe that they were invested in TGE alongside Dehaemers.

TGE’s stock fell sharply in August, creating the conditions for BX to acquire the rest of the company. Perversely, the weaker TGE’s stock the more likely was BX to attempt the buyout. Since the buyout triggered the $26.25 sale price, Dehaemers and other senior management actually benefited from the stock falling.

Although the $19.50 “take private” offer was 36% above its price the day before, it was below where TGE had traded all year until the sharp drop in August.

One might initially regard the elevated price for management’s TGE shares as nothing more than a bonus for selling the company. But because the $26.25 price is independent of the price at which the company is sold, the sideletter breaks the alignment of interests that exists when management owns shares alongside investors. The price received by other TGE investors no longer impacts the management team’s economics.

Nobody has suggested TGE deliberately drove their stock lower. But management clearly had little incentive to arrest the decline. Questions on capex plans and recontracting of pipelines received frustratingly vague answers. A management team incented to drive the stock price up might have been more forthcoming. Clearly BX, as an insider, saw little to concern them in the company’s recent operating performance.

We’ve long liked David Dehaemers and what he has achieved at TGE. We’ve talked to him several times in the past. But we are deeply disappointed at this turn of events, which at best reflects a serious judgment lapse on his part.

TGE is a partnership, which means it has much weaker governance than if it was a corporation. Sideletters such as this are legal, whereas it’s hard to imagine such a device being employed if TGE was a regular c-corp. It seems that investors in partnerships cannot rely on management promises that they have “skin in the game”, and that shared outcomes are assured.

The energy sector already struggles to demonstrate responsible stewardship of capital. The weak corporate governance of MLPs has dissuaded many institutions from investing in them. Some, like TGE, have elected to “check the box” so as to be taxed like a corporation while retaining the partnership structure. Although this improves tax reporting by providing holders with a 1099 rather than the disliked K-1, the governance weaknesses remain.

The BX-TGE episode will tarnish all the partnerships that remain in midstream energy infrastructure. Investors have little reason to hope for a high-priced acquisition, since it seems management can negotiate a different price for themselves. What’s to stop Kelcy Warren selling control of Energy Transfer (ET) in exchange for the acquisition of just the management team’s shares at a substantial premium to what’s offered the other investors? It seems there’s very little, which alters the risk/return profile.

Partnerships trade at a discount, and this shows why.

In a podcast interview with Alerian’s Kenny Feng last year, Dehaemers recounted a time earlier in his career when he wanted to relocate his family back to Kansas City, so his two boys could attend a Jesuit school. So he must know as well as anyone that unethical behavior isn’t excused simply by pointing to its prior disclosure, as is the defence of the BX-TGE sideletter.

It shouldn’t be the case that the asset managers who invest in companies like TGE adhere to higher ethical standards than the companies do themselves, but that is how things work. The list of publicly traded partnerships that can be relied upon to refrain from such moves is a short one. Choosing to pay corporate taxes while retaining the partnership structure can only be justified by managements that desire the weaker protections afforded investors, compared with corporations. 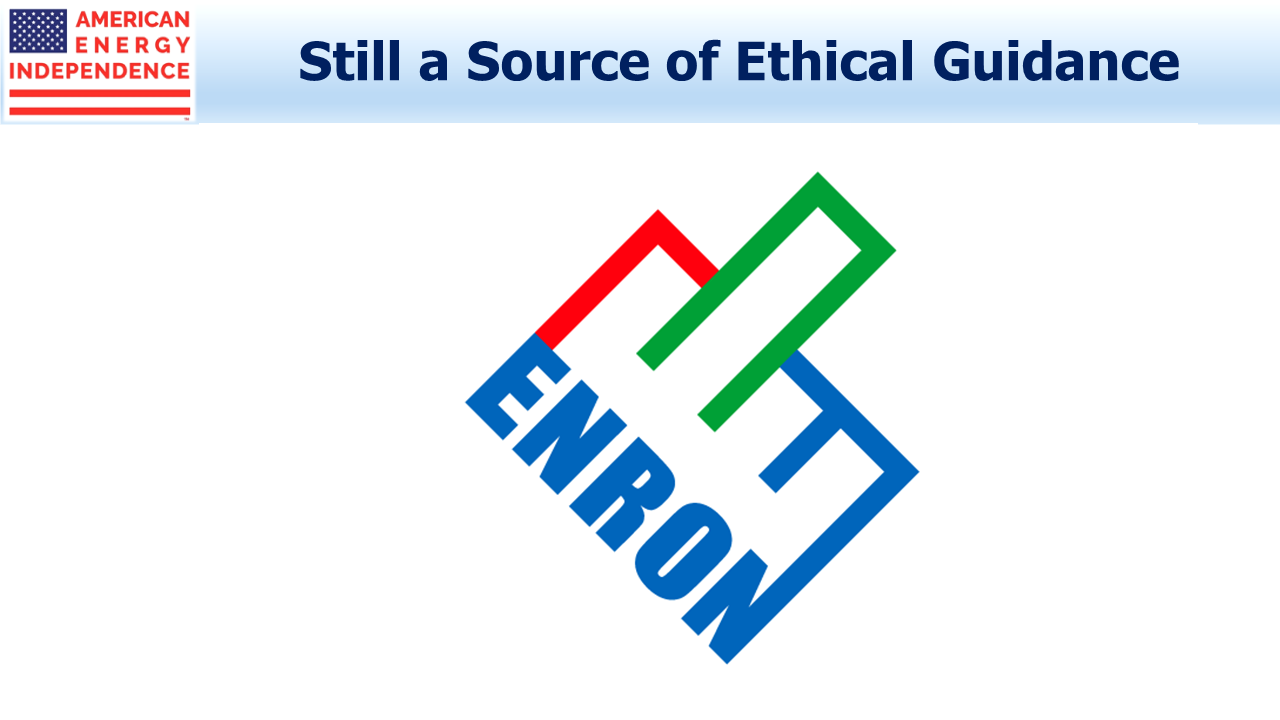 Rich Kinder did much to build the MLP model with Kinder Morgan (KMI) before breaking his “promises made, promises kept” pledge on distributions (see Kinder Morgan: Still Paying for Broken Promises). Five years later, income seeking investors have still not forgotten. David Dehaemers worked under Kinder at KMI, who was at Enron before that. A substantial portion of America’s energy infrastructure emerged from Enron’s energy business. Jeff Skilling’s record of broken promises persists.

TGE’s board has an opportunity to restore some trust, depending on how they respond to BX’s offer.

We are invested in ET, KMI and TGE