Tax Freedom Day is that point in the year when you’ve figuratively earned enough to pay all your taxes. For the rest of the year you can feel as if your income is your own. Naturally, it can never come soon enough. Investors in the hopelessly tax-burdened ETF, the Alerian MLP Fund (AMLP) face the contrary prospect: the point at which their investment returns are taxed at the fund level before anything is paid out. If the opposite of freedom is bondage. AMLP investors recently passed Tax Bondage Day.

This comes about because AMLP is not a conventional ETF, but is a tax-paying C-corp. Anecdotally, it’s clear few investors realize this, because most ETF’s are RIC-compliant and therefore not taxable at the fund level. Conventionally, you don’t stop to consider whether the ETF you own is taxed like a corporation. But AMLP is a C-corp, paying taxes on its earnings before paying out what’s left to holders.

The weakness in energy infrastructure last year wiped out unrealized gains for AMLP and many other tax-burdened MLP funds. Since you don’t owe taxes on losses, AMLP’s Deferred Tax Liability (DTL) was eliminated. However, the sector has been recovering since late November, and probably the only negative consequence of the rebound is that AMLP now has unrealized gains once more. Therefore, it has begun to owe corporate taxes again. As of January 16th it owed $93MM, a cost in addition to and approximately equal to their annual management fee. As the market rises, so will their DTL. 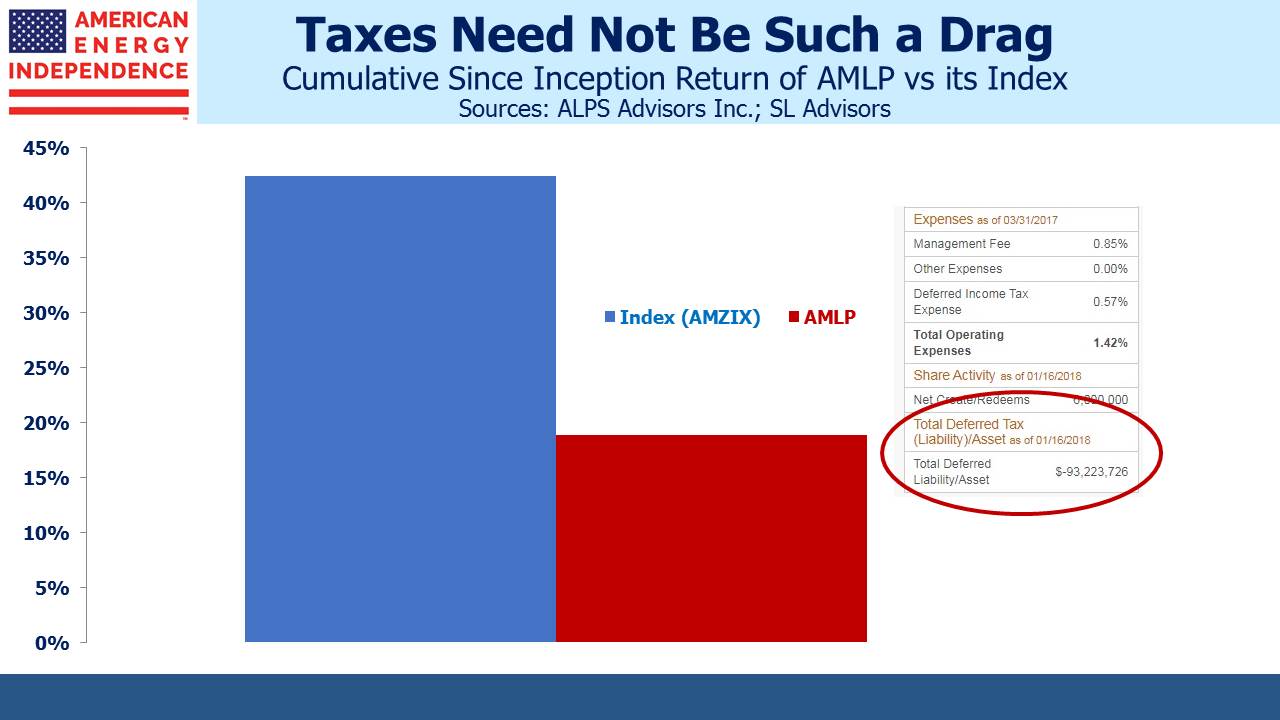 You can find further detail on this issue from past blogs. Hedging MLPs explained how AMLP is useful as short position, because the tax drag will limit its appreciation to 79% of the market’s whereas it can still fall 100% of the market. Some MLP Investors Get Taxed Twice and Are You in the Wrong MLP Fund both examine the implications of a tax-paying C-corp for investors.

The reduced corporate tax rate means the tax drag is less than it used to be – and it’s been substantial. Since inception, AMLP has returned less than half its benchmark, largely because of tax expense. The reduced corporate tax rate will help, but it’ll still represent a serious drag on returns. Many investors are expecting strong performance over the next couple of years. Valuations are attractive, and energy lagged the market substantially in 2017. Seeing your fund hand over 21% of a double digit return before paying distributions will represent a substantial cost, and an unnecessary one because there are correctly structured energy infrastructure ETFs around that aren’t subject to corporate tax. It is possible to invest in the sector via a RIC-compliant vehicle.

On a different topic, the U.S. Energy Information Administration confirmed its forecast of record hydrocarbon production in 2018. Natural gas and natural gas liquids broke records in prior years, but this year crude oil production will also breach a previous high. Moreover, the mix of hydrocarbons should please almost everybody because it’s moving heavily away from coal and towards cleaner-burning natural gas. America’s emissions are moving in a better direction, thanks to the Shale Revolution. 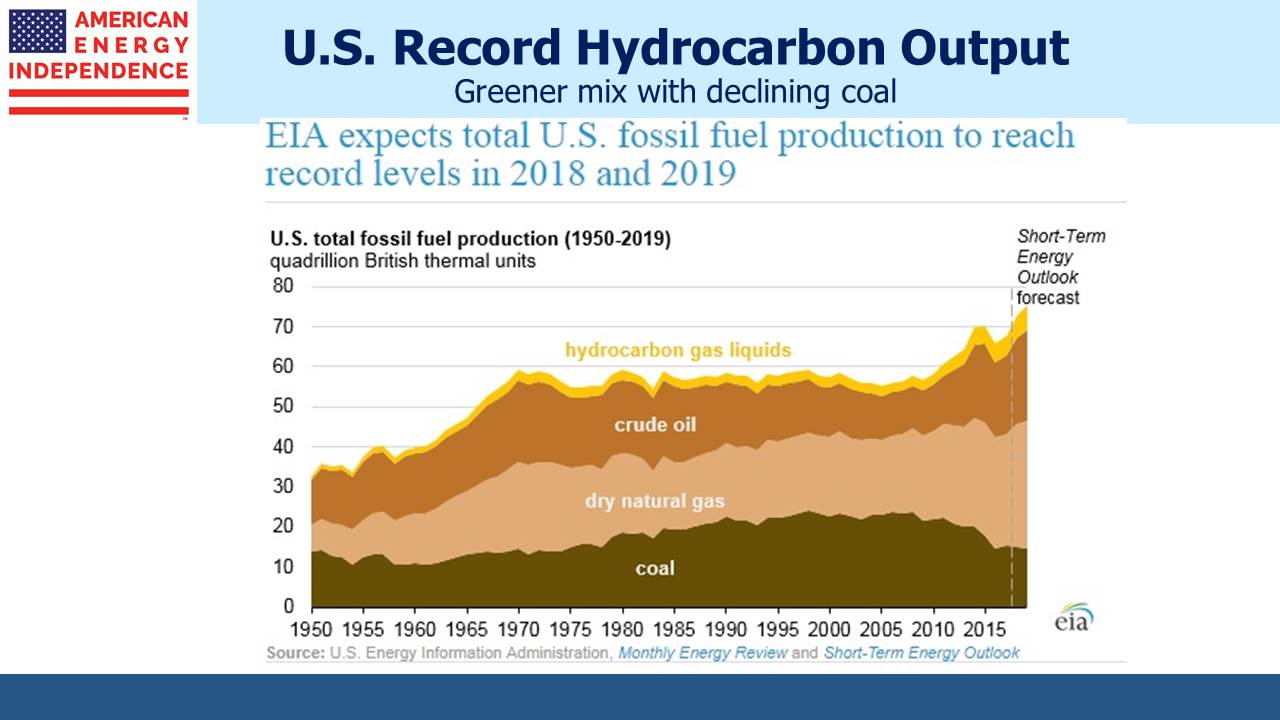 The investable American Energy Independence Index (AEITR) finished the week -1.5%. Since the November 29th low in the sector, the AEITR has rebounded 12.8%.