A Pause On Spending?

Democrat Senator Joe Manchin from West Virginia holds more sway than most over White House legislative strategy, because he’s one of the few willing to break ranks with Democrat orthodoxy. In his WSJ Op-Ed last week, he argued for a “strategic pause” on Congressional spending. This means his support for the White House’s proposed $3.5TN budget isn’t assured. Manchin sensibly notes that we’re leaving ourselves little fiscal room to deal with future crises, such as a more virulent Covid mutation, terrorist attack or major international conflict. Manchin doesn’t mention Modern Monetary Theory, but it’s safe to assume he’s a skeptic.

Friday’s weak jobs report revealed how investors are regarding the balance of risks. Although it may add a modest delay to the onset of Fed tapering, ten-year yields rose as the yield curve steepened. The payroll data provided some support to FOMC doves, but also strengthens the argument in favor of further fiscal stimulus. Since spiraling indebtedness provokes no discernible economic costs, the threshold for more of the same is falling. 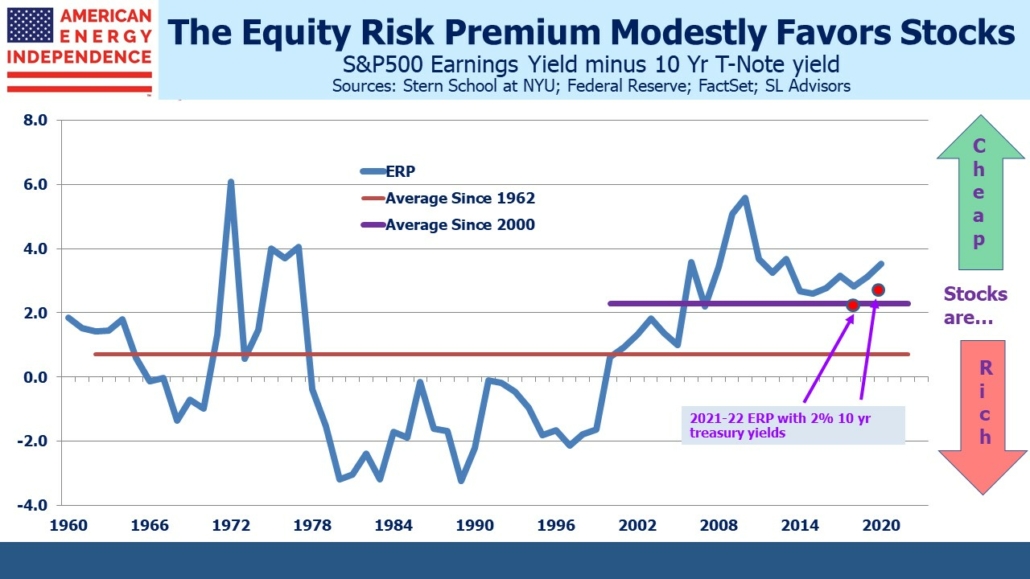 This is what provoked Bill Gross to refer to bonds as “investment garbage” in an interview last week. He’s right, but his warning that ten-year treasury yields could reach 2% in a year is unlikely to cause much concern. Yields have been too low for over a decade, and at 2% treasuries would still represent return-free risk. Japan ($1.3TN), China ($1TN) and our own US Federal Reserve ($5.7TN) are the three biggest in a long list of non-commercial buyers.

No return-seeking investor should own bonds, but avoiding fixed income with stocks and cash retains a link to interest rates, because low yields continue to show the Equity Risk Premium (ERP) still favors stocks. Factset earnings estimates continue to improve. Forecasts for FY 2021 profits have risen 25% since January. Year-over-year EPS growth for 2022 is 9%. 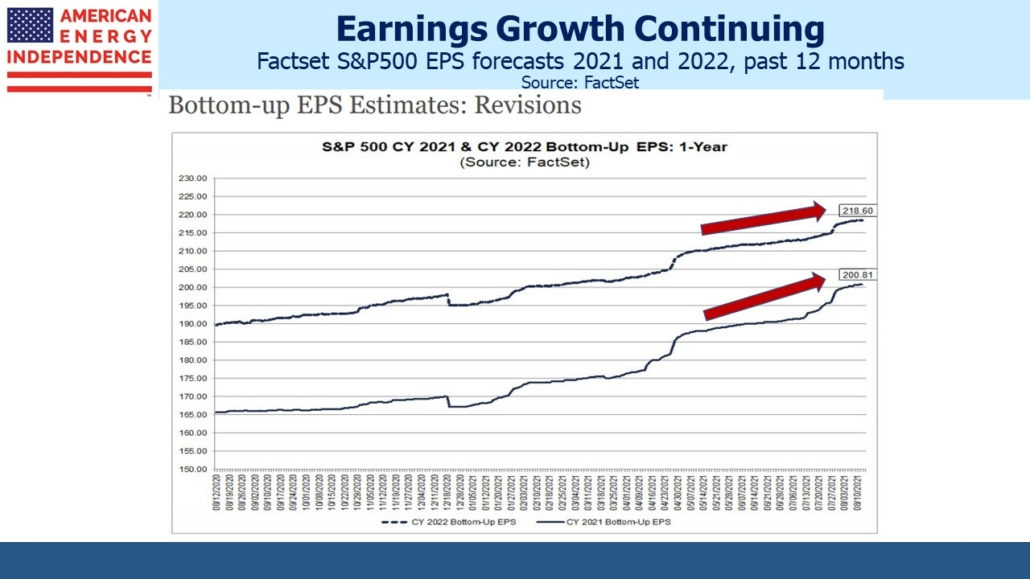 The ERP average over the past two decades is higher than over the past half century. Using more recent history, stocks are still cheap but not outrageously so. As long as earnings continue growing, the main risk will be interest rates. Even Bill Gross is looking for a <1% increase in yields, an acknowledgment that demand is permanently skewed by central banks and other buyers with inflexible mandates. A 2% ten year treasury yield might be a minor shock if reached quickly but would not move stocks into expensive territory.

The risk of foreign selling has gone, since it’s now clear the Fed would step in to offset a sharp rise in yields. In fact, it’s not a huge leap to consider the circumstances under which the Fed might feel additional bond support was necessary. If ten-year yields rose to, say, 3% the FOMC might assess a potential threat to economic growth and employment. Joe Manchin worries about excessive spending driving inflation, but he doesn’t warn of indebtedness driving interest rates punitively high. Perhaps he’s also concluded that the Fed stands ready, just as MMT advocates. 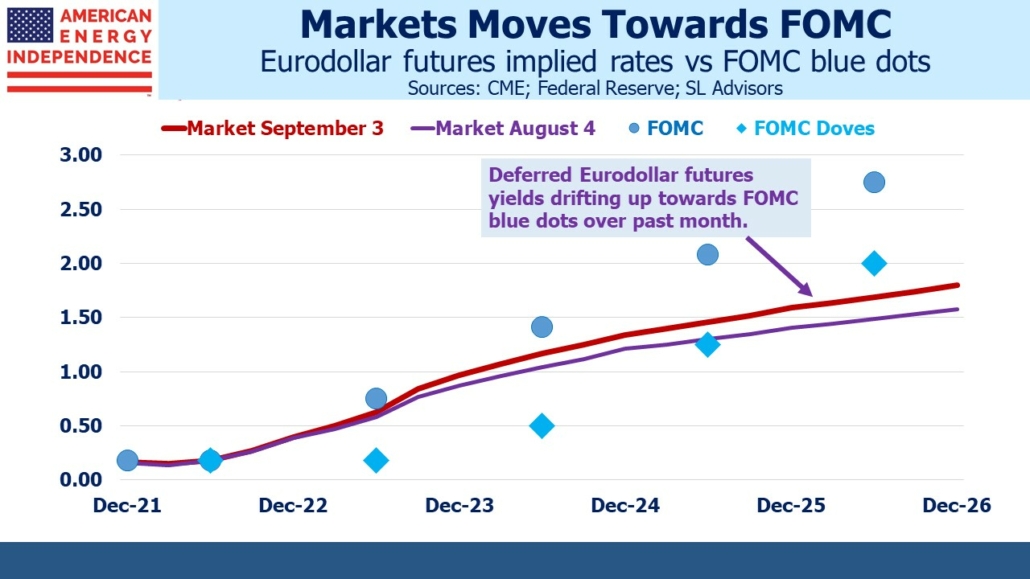 In spite of weaker than expected economic data over the past month, long term yields have drifted higher.  The yield curve is too flat, pricing in just over one tightening per year from 2023-25 versus the FOMC “blue dot” forecast of almost twice that rate. Eurodollar futures moved back towards the FOMC’s rate path but remain more sanguine about future rate hikes than even the FOMC doves.

Russia’s central bank warned that if global inflation isn’t constrained the global economy could, “deteriorate drastically and rapidly.” While not a thought leader, it illustrates that inflation is already a global concern.

Bond yields remain constrained between the threat of more spending and the promise of ongoing central bank support if needed. Earnings remain the key driver of returns, and the picture there is positive. Stocks remain the place to be.

To learn why you should worry about inflation, watch this brief video.