Last week I was chatting with an investor about the attractive valuations in the MLP sector. 2Q17 earnings were generally in-line, with the notable exception of Plains All American (see MLPs Learn About Logistics). Valuations are compelling, with the yield on the Alerian Index currently sitting at 5.5% above the ten year U.S. treasury, 2% above its 20-year average. On an Enterprise Value to EBITDA basis, energy infrastructure compares favorably with Utilities (see The Changing MLP Investor).

And yet, even though MLPs and crude oil have generally been moving together this year (see Crude and MLPs March Higher Together), in recent weeks MLPs have lagged the bounce in oil. So the natural question is, what is the catalyst that will cause investors to act on these valuation advantages?

CFA charterholders have to pass three fairly rigorous exams that (among other things) demonstrate an ability to analyze financial statements. In an effort to include most forms of equity analysis there is a brief section on Technical Analysis. When I studied that material I could almost feel the apologetic tone from CFA Institute as they reconciled undoubted antipathy towards an area that has wide adherence and works just often enough to warrant inclusion. 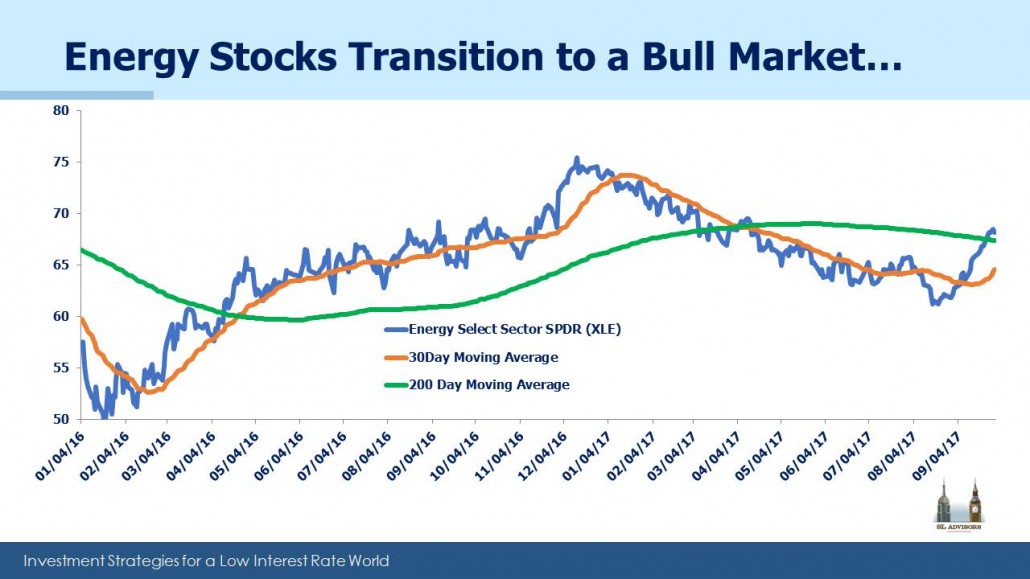 Many investors we know rely on fundamental analysis to make decisions but then use technical analysis to refine timing. The merits of an investment change far less often than its price, and technicals can help here. We’ve noted a pick-up in activity from some buyers partly because such analysis is indicating a change in trend.

It’s not just crude oil that has developed a recent uptrend. The broader energy sector has also moved sharply higher, with prices now above the 200-day moving average. In 2015 a tough operating environment for exploration and production companies (i.e. the clients of MLPs) led to substantial weakness in the energy infrastructure sector. Although they are clearly not synchronized, recent strength in crude and energy stocks would seem likely to improve sentiment among MLP investors. Performance between the two sectors is unlikely to diverge for long. 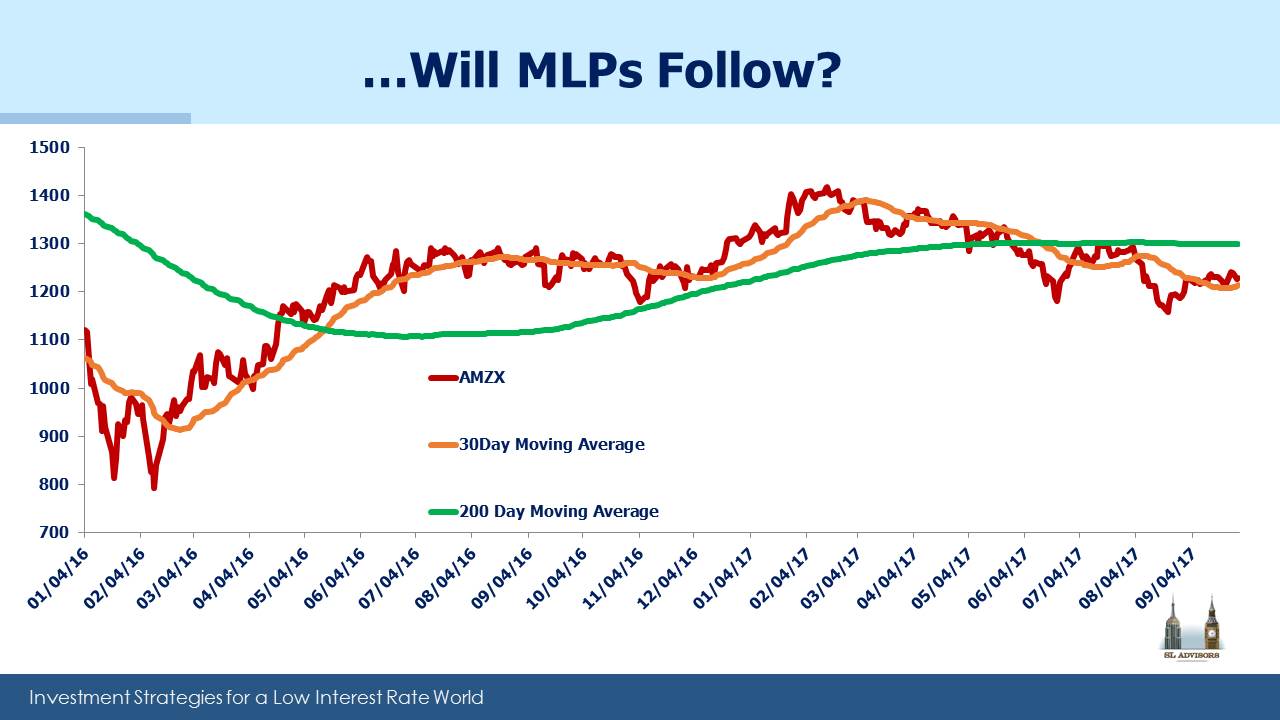 On a different topic, Alerian announced last week that they’d be capping individual constituents at 10% in the Alerian MLP Index (AMZ). This is a sensible move that brings this index into line with the Alerian MLP Infrastructure Index (AMZI). Enterprise Products Partners (EPD) was most impacted because it was previously 20% and was the cause for the change.

EPD’s share has risen in part because their market cap has risen relative to their peers but also because some MLPs have simplified their structure and been dropped from the index. The most recent example was Oneok (OKE), which merged its GP-owning C-corp OKE with its MLP, Oneok Partners (formerly OKS). Many people think of Kinder Morgan (KMI) as an MLP but following their simplification in 2014 which saw the assets of Kinder Morgan Partners absorbed into KMI, they have no longer been part of the AMZ (although still in AMZI). There’s more to energy infrastructure nowadays than MLPs, and C-corps represent an increasingly significant element.

Although Alerian does a good job in managing their indices, they have an odd way of measuring distribution growth. The 6% average annual growth rate they report reflects trailing growth of the current constituents, not the actual growth of the constituents that were in the index at the time. So the recent change in EPD’s weighting, which will similarly boost the weighting of several other names, will alter the historic growth rate. The actual growth rate experienced by investors in the Alerian Index of course won’t change. Running an index is complicated.

Finally, we’re heading into the fourth quarter, a time when seasonal patterns around MLPs become more important. In last year’s blog post on the topic (see Give Your Loved One an MLP This Holiday Season) we explained which months were best for buying purely when considering seasonal patterns. It’s worth rereading if you’re thinking of investing over the next few months.

We are invested in EPD, KMI and OKE